If Ronen Plesser had to pick a favorite constellation, it would be Cygnus the swan.

Anyone looking up can spot it, recognizable by the cross-shaped pattern of stars that mark its tail, long neck and outstretched wings.

He’s standing in the dark and chill with about 30 people in pulled-up collars and yanked-down hats, huddled around two telescopes in an open field in Duke Forest.

“Most constellations look nothing like what they’re supposed to,” says Plesser, a professor of physics and mathematics who guides public stargazing sessions a couple Fridays a month. “Even with my limited imagination I can still see a swan.”

Yes, You Can Stargaze in Duke Forest

The Duke Teaching Observatory is open about two Fridays a month for free public stargazing. Everyone welcome. No registration required, weather permitting.

Car doors slam and headlights go out as more people trickle in to see the show, tromping over a grassy hill still wet from the previous day’s rain. The Duke physics department set up this Teaching Observatory in 2002 and has been hosting the Friday night viewings -- weather permitting -- about twice a month ever since.

Plesser aims his telescope at Cygnus the swan’s beak, and what looks like a single point of light to the naked eye suddenly becomes two. It’s the double star Albireo, one star bright yellowish-orange and the other blue.

“Oh wow,” whispers a mom in earflaps, her eye pressed to the eyepiece.

On this Friday night, the light from the first quarter moon washes out all but the brighter objects in the sky, but the air is clear and cool, and after weeks of weather cancellations the crowd is eager to stargaze.

Plesser leads the group in search of a dense ball of ancient stars known as Messier 15, some 33,000 light-years away in the constellation Pegasus.

What looks like “a drop of milk,” Plesser says, is actually the light from more than 100,000 stars. At 12 billion years old, they’re nearly as old as the Universe itself.

A few feet away at another telescope, about a dozen people stand patiently in line waiting for a glimpse of our nearest neighbor in space, the moon.

The puffy-jacketed procession takes turns peering through the eyepiece, murmuring “oohs” and “aahs” as its silvery gray pockmarked surface fills the field of view. 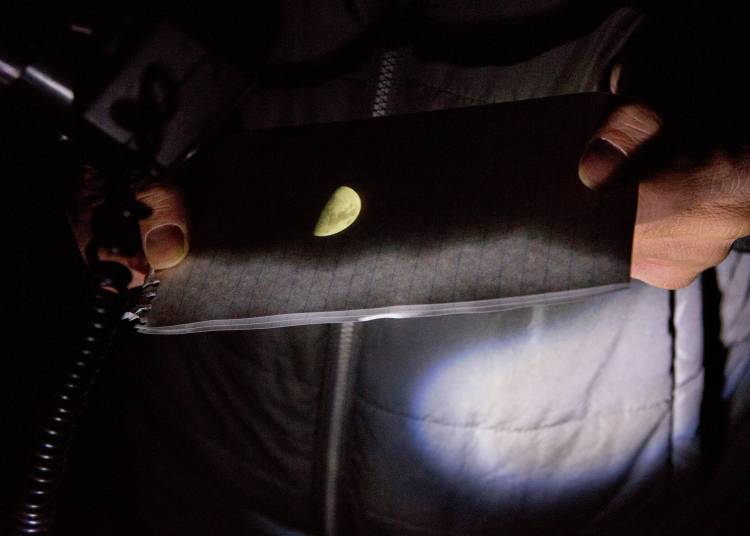 Duke Physics lab manager Yuriy Bomze shows people how to use the telescope’s hand controls to pan from one lunar crater or mountain ridge to the next.

“That’s really cool,” a woman says, pulling herself away from the telescope.

Plesser notes that serious astronomers typically leave the brightest stuff for last, to avoid spoiling their night vision. “But I’m not serious and I’m not an astronomer,” says Plesser, whose research is in string theory.

As the temperatures dip into the mid-30s we also manage to see Saturn before it sets below the trees, the reddish surface of Mars, the glowing gaseous halo of the Cat’s Eye Nebula, and the tiny blue-green disk that is Uranus, one of the most distant planets in the solar system.

He points the university’s 10-inch Schmidt-Cassegrain telescope at a smudge in the sky between the constellations Pegasus and Cassiopeia. There, rising in the east, is the faint glow of the Andromeda Galaxy, the closest big galaxy to our Milky Way. At 2.5 million light-years away, even its hundreds of billions of stars are little more than a fuzzy blob.

“The light you’re seeing was produced when Lucy was alive and has been traveling at the speed of light ever since” to get here, Plesser says.

An hour or so after most of the children have gone home, a handful of people are still gazing skyward, hands jammed into their pockets, their breath coming out in white puffs in the frigid air.

Plesser puts on a hat, inhales a banana, and says, “Who wants to see the Owl Cluster?” 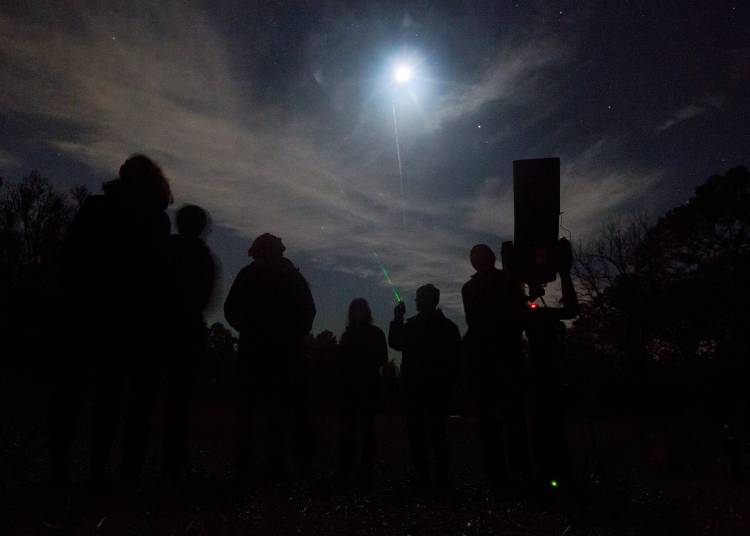