Each of us is only half human. The other half is microbial. Trillions of viruses, fungi, bacteria and other microscopic organisms coat our skin and line our vital organs.

We depend on these microbial communities, collectively known as our microbiome, to digest food, synthesize vitamins, bolster immune systems, and even maintain mental health. This interdependence has given the appearance of beneficial co-evolution, a grand symbiotic relationship between microbe and man that has been millennia in the making.

But recent research suggests this relationship is less utopian and more adversarial. Scientists have discovered that hosts starve their microbial denizens of nutrients, essentially enslaving the microbes in their gut so that they are forced to do our bidding. 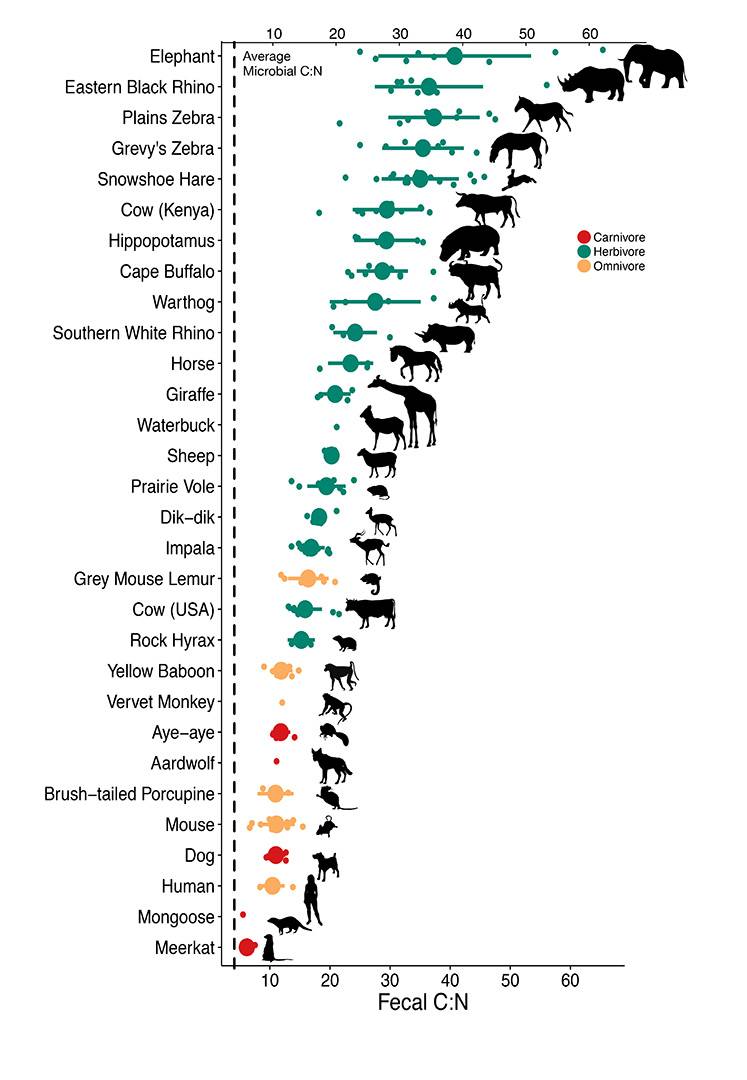 The findings also indicate that the modern diet and overuse of antibiotics could undermine our position as benevolent overlords, putting the odds in favor of the microbes.

“There appears to be a natural pecking order to the bacteria and us,” said Lawrence A. David, Ph.D., assistant professor of molecular genetics and microbiology at Duke University School of Medicine. “In a way it's not surprising that we, the host, should hold more of the cards.”

Yet David says the prevailing view of the microbiome, in the gut particularly, is of a nutrient-rich paradise “where there’s abundant food and resources flooding in, like Willy Wonka's Chocolate Factory.” Per gram, there are more bacteria residing in the gut than in any other ecosystem in the world.

Altogether, those gut microbes weigh roughly three pounds in a human, about as much as the liver or brain. So it’s not surprising that many scientists would believe these microbes are so plentiful because the gut is a uniquely hospitable environment.

But recently, some researchers have questioned that theory. Among them are Aspen Reese, a Ph.D. candidate in David’s lab at Duke who recently moved on to become a principal investigator at Harvard. As a trained ecologist, Reese understood that practically every other ecosystem on the planet features members that compete for resources. Why would the gut be any different? Bacteria in streams or lakes are often constrained by nutrients, like nitrogen or phosphorus. Reese wondered if nitrogen was a limited resource in the gut as well.

She decided to measure the levels of nitrogen in the gut microbiome. Because gut microbes live in poop, that meant collecting stool samples. With help from colleagues, particularly Rob Pringle at Princeton, Reese managed to procure stool from over 30 different kinds of mammals, including wild zebras, giraffes, and elephants from Kenya; domestic sheep, cattle, and horses from New Jersey; and humans from North Carolina. She ground up the samples and counted the number of nitrogen and carbon atoms available to the microbes.

Reese found that the microbes in the human gut had access to an average of only one nitrogen atom for every ten carbon atoms, whereas most free-living microbes enjoy a diet composed of one nitrogen to every four carbons.

To verify that nitrogen levels could actually keep the microbiome in check, Reese also fed mice a diet rich in proteins, which naturally contain a lot of nitrogen. When she increased the amount of protein, the number of bacteria in the gut of the mice grew tenfold. What’s more, when she injected nitrogen into the bloodstream of mice, some of that nitrogen ended up in the gut bacteria, suggesting that the host can secrete nitrogen through the cells lining its gut to rescue microbes from starvation. The results of the study are in an advanced online publication Nature Microbiology’s website.

“Our findings support the idea that we've evolved a way to keep our bacteria on a leash by leaving them starving for nitrogen," David said. “It also explains why the Western diet might be bad for us. When people eat too much protein, it swamps the host's ability to take up that nitrogen in the small intestine, and more of it ends up making its way to the large intestine, eliminating our ability to control our microbial communities.”

The situation is analogous to what ecologists call eutrophication, a phenomenon caused when fertilizer runs off into ponds or lakes, upping the nitrogen or phosphorous concentrations of the water and stimulating the excessive growth of algae, or algal blooms.

“It might be easier to imagine that the gut is less 'red in tooth and claw' than other parts of nature, because the microbiota can be so beneficial to humans,” said Reese, who is a junior fellow in the Harvard Society of Fellows. “But the bacteria are individual organisms, just trying to get by -- and there is only so much food to go around.”

If the theory holds up that human hosts are losing control of our microbial underlings, it might seem like using antibiotics to wipe out entire populations of microbes would be a great way to show them who is boss. But another study by Reese and David indicates that tactic would be ill-advised.

The team gave ten mice a five-day treatment of oral antibiotics and analyzed their stool samples daily. Their findings, published in June in eLife, showed that many of the sources of energy microbes rely on -- like the chemicals nitrate or sulfate -- began to accumulate as the microbes were depleted. Shortly after the antibiotic course was over, the chemical environment in the gut of mice returned to the status quo, and the microbes began to flourish again.

“We don’t really have a sense of what the ‘right’ number of bacteria to have in the gut is,” Reese said. “Certainly zero is too few, and being full of only bacteria would be too many.”

David adds a caution that many of the more than a thousand species of gut bacteria that get wiped out by antibiotics will likely never come back. In their experiments, his team found that the only way those microbes managed to find their way back into the bellies of mice was by letting the mice do what they normally do, which is eat each other's stool. “People probably won't want to do that,” said David.

Many studies have shown that after antibiotic treatment, people’s microbiomes can be altered for months, if not years. That alteration can create a favorable breeding ground for pathogens. “Normally, pathogens are going to have a hard time colonizing the gut,” David  said. “There are trillions of other bacteria they have to beat out to survive. But if we suddenly take away the microbial competition for resources, we lose control, and the bad bacteria that cause nasty illnesses like C. difficile colitis have a clearer path.”

David and his team are investigating how our food choices -- including prebiotics and probiotics -- can be used to maintain our relationship with our microbiome, and ultimately, our health.

“Over evolutionary history, our bodies had a chance to figure this all out, and build systems to keep the microbiota in check,” Reese said. “But as researchers living in the modern era, I think we are still trying to get a handle on what the right in-between value is, and how to keep us there.” 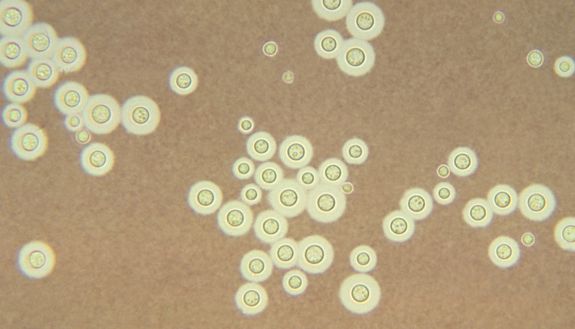 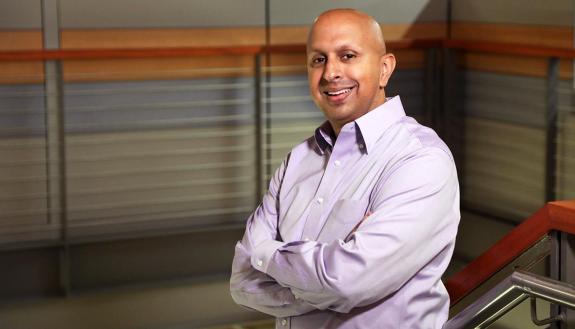