The ability of a community to recover from a devastating storm often depends on its wealth, resources and willingness of its citizens to think broadly and with a long-term vision, a Duke professor said Wednesday.

With Hurricane Florence churning ominously toward the coastline of North and South Carolina, a panel of Duke experts discussed ways to survive the storm and what might happen once the storm is over and communities begin to rebuild.

In many towns and cities, leaders struggle to get operations running again while also finding the resources to plan for a better, safer future – before the next hurricane arrives, said Elizabeth Albright, an assistant professor of the practice of environmental science and policy methods at Duke’s Nicholas School of the Environment.

“Attention drops after the storm,” Albright said. “We see tension between recovering quickly and recovering well.”

Albright has extensive experience studying how communities recover after devastating natural disasters. For one research project, she followed seven Colorado communities for three years following deadly floods there. Some of those communities chose to rebuild quickly, essentially duplicating the infrastructure that was damaged. Other communities, often more wealthy and with more resources, took a step back and analyzed issues such as transportation, zoning and how to build better and safer. Those communities often also enlisted their residents to take part in the discussion, Albright said.

“There’s greater change in communities that involved the citizens in recovery planning,” she said.

Hurricanes are also a teachable moment for leaders of beachfront communities. They don’t always learn, however, said Orrin Pilkey, the James B. Duke Professor Emeritus of Geology at Duke’s Nicholas School of the Environment. Pilkey is a beach preservation expert and author of several books on that issue. He has analyzed hurricanes and the damage they bring since Hurricane Hugo ravaged the southeastern coastline in 1989.

“We were actually happy after Hugo because we thought common sense would prevail during recovery,” he said. “But it went the other way. The development got worse.”

Pilkey said recovery on the North Carolina coast following this hurricane shouldn’t turn into urban renewal projects where mom and pop stores, apartments and homes are replaced by the much larger multi-level beach homes, hotels and other structures that are now dotting the Outer Banks and other North Carolina coastal areas. 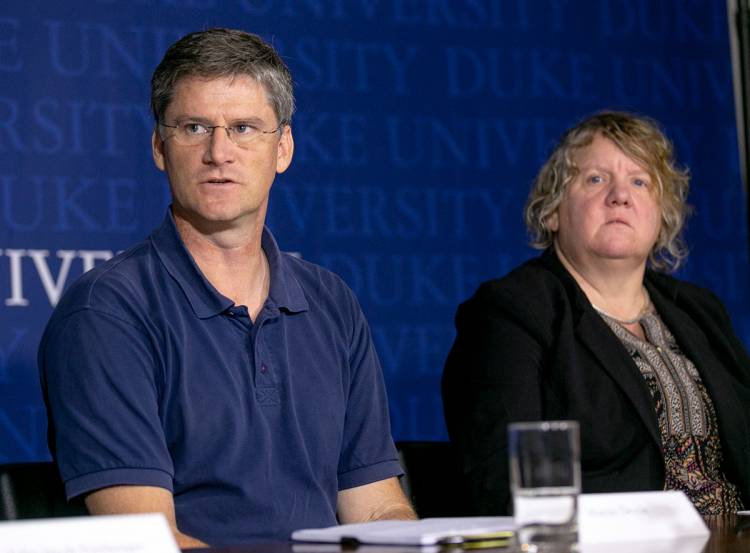 That sort of redevelopment does more harm than good to those islands, he said, and hinder the natural changes that the barrier islands need.

“Barrier islands actually require storms for their survival,” he said.

Hurricane Florence will no doubt bring changes to the North Carolina coastline – in particular some barrier islands and the main artery running north/south on the Outer Banks.

“We can kiss Highway 12 goodbye again,” Pilkey said. “Flooding will occur. And beach erosion will likely be severe.”

Meanwhile, a Duke doctor has some words of caution for people who plan to use a generator to keep the lights on during and after the hurricane.

Don’t bring it inside, said Jake Freiberger, an anesthesiologist with Duke Health. Generators emit carbon monoxide, an odorless, deadly gas. People flocking to hardware stores for generators should add a carbon monoxide monitor to the shopping cart as well, he said.

“Carbon monoxide goes through walls,” Freiberger said. “It penetrates sheet rock very, very easily, and having your generator in your garage or out on the porch or in another room of your house is absolutely no protection. It can be deadly and it can kill many people at one time.” (A Spanish-language version of Dr. Freiberger's video on generators can be found here.)