During three decades of success as one of the signature undergraduate initiatives at Duke, the FOCUS program of first-year seminars has continued to struggle with one big challenge: How to enroll more students from the Pratt School of Engineering, which had been part of FOCUS at its beginning but had taken a five-year hiatus.

Pratt’s return to FOCUS this year harkens back to the program’s original vision: go interdisciplinary.

This year FOCUS is presenting three clusters developed in conjunction with the university’s interdisciplinary institutes and initiatives. Two are from the Initiative for Science & Society and the Kenan Institute for Ethics. A third cluster called Global Energy, offered for the first time this year, was the brainchild of Pratt Dean Ravi Bellamkonda and has been organized with support from the interdisciplinary Duke University Energy Initiative.   About half of the 30 students enrolled in the energy cluster are Pratt first-year students, the largest enrollment of Pratt students in FOCUS in recent years. 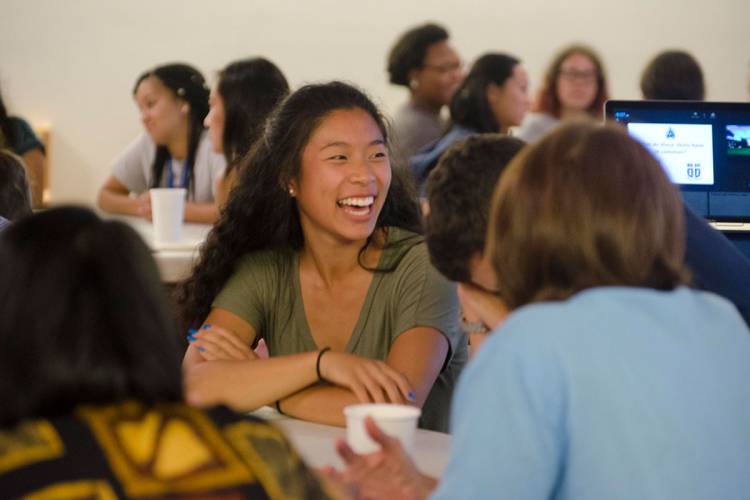 Each FOCUS cluster offers a combination of three to four classes linked by a theme. The students meet in seminars but also hold weekly dinners with faculty members. All students in a cluster live in the same residential hall.

An interdisciplinary approach for a FOCUS cluster is not new; in fact, since the beginning, most clusters involve faculty members from different disciplines. Instructors from both the Brain Sciences and Global Health institutes have been involved in past clusters. In past years, Brain Sciences faculty have led clusters on Cognitive Neuroscience and Exploring the Mind.

University officials say the involvement of interdisciplinary units helps the program fulfill its mission of starting new students off within “a vibrant and engaging intellectual ecosystem,” said Arlie Petters, dean of academic affairs for Trinity College. It also provides one model for how interdisciplinary units can collaborate with the traditional schools and departments on classroom initiatives.

“Students’ first exposure to a discipline impacts their desire to explore the field further,” Petters said. “Through FOCUS, our undergraduate students are able to experience an academic field through a living-learning-community model that fosters a sense of family and belonging. This is a fundamental early step in creating ties between students and the disciplinary and interdisciplinary opportunities offered by academic units.”

Faculty in both the Pratt School and the Energy Initiative are excited to be part of a program that this year received more than 500 applications for the 15 clusters.  Many admitted students say FOCUS is one of the factors they consider in choosing Duke.

“The problem has been simple and pragmatic, one that everyone acknowledged: It’s been hard for Pratt students to fit FOCUS classes into their first semester,” said Nico Hotz, director of the energy cluster and a Pratt School faculty member affiliated with the Energy Initiative. 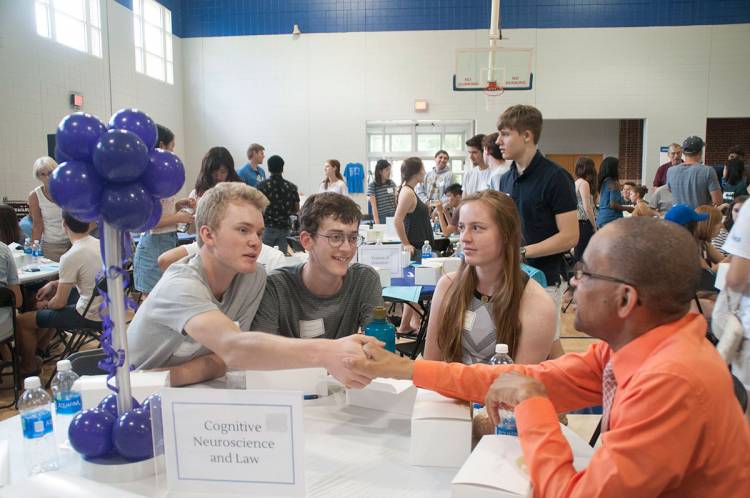 “The dean’s office looked into this and came up with idea of energy,” Hotz said. “As soon as the dean asked me to look into this, I thought of my many contacts with the Energy Initiative. I thought this would be something that would interest students and faculty would want to teach.”

“Everyone at the Energy Initiative recognized that this was a great fit,” said Brian Murray, the initiative’s director and a Nicholas School faculty member. “It can be challenging to engage students before they reach their junior and senior years when they have more electives. The opportunity to begin connecting with students as soon as they arrive on campus is extremely attractive. We hope this experience will extend beyond freshman year, as interested students take advantage of a robust slate of curricular and cocurricular energy opportunities throughout their time at Duke.”

The hope is some of the students will continue on and graduate with certificates in the program. The Kenan Institute has attracted students through its FOCUS cluster successfully for several years; Like the energy cluster, Science & Society is offering a cluster on Science and the Public for the first time.

The interdisciplinary units’ academic approach also fits the FOCUS mission to have first-year students doing original research in a seminar setting, said Misha Angrist, the director of the Science and the Public cluster for Science & Society.

“We ask first years to think at a high level about important societal problems and not just memorize stuff or absorb facts in an arbitrary way. It’s very much rooted in what’s going on in the world.”
-- Misha Angrist

“The coolest thing about FOCUS is that we’re throwing big questions at students right off,” Angrist said. “I like to quote Princeton biologist David Botstein who has compared the traditional science curriculum to hazing: for three years students stand in cold water while they take foundational courses before they finally get to apply it to interesting questions.  FOCUS pushes against that.  We ask first years to think at a high level about important societal problems and not just memorize stuff or absorb facts in an arbitrary way.  It’s very much rooted in what’s going on in the world.”

That “inverted” approach – which has long been a mark of the FOCUS program – is making its way into more traditional classes as well. Hotz said one reason why creation of the energy cluster was so seamless for the initiative and for the Pratt School is that it fits Pratt Dean Bellamkonda’s effort to remake the first-year educational experience.  The wider changes include creation of the Engineering 101 course that gets students working on large-real world design and engineering questions.

“In the first semester, they get to take very specific and deep dive into a topic they are interested in,” Hotz said. “They don’t have to wait for their junior year.”

With the university’s academic strategic plan pledging stronger support both for FOCUS and for interdisciplinary academic offerings, the future may hold an even stronger connection between the two.

“When I came to Duke 15 years ago, the word ‘interdisciplinary’ was new to my ear,” Angrist said. “But now I feel like it’s at the core of so much of what happens on campus.”