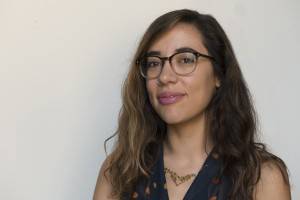 The winners share $1 million given to individuals in theater, dance and film who distinguish themselves in their artistic disciplines.

Riazati said the award will enable her to help fund her thesis documentary film, Palimpsest. The film is an investigation of the history of Durham through its people, architecture and landscape. The award will support costs related to research, licensing, production and editing.

“I was planning to do this project regardless, but with this award, I'll be able to direct the project at a scale that wouldn't be possible with me alone,” Riazati said. “We can use this budget to rent equipment, reserve locations, hire actors and production crew, and more.”

The Princess Grace Foundation-USA is a nonprofit, publicly-supported foundation, headquartered in New York City and founded 36 years ago by Prince Rainier III of Monaco to honor his wife, Princess Grace’s (Kelly) legacy. The Foundation's mission is to identify and assist emerging talent in theater, dance, and film by awarding grants in the form of scholarships, apprenticeships, and fellowships.

“Not only is this is my first time directing a feature-length film I researched and wrote myself, but it’s my first time working with a real budget as a director,” she said. “Receiving the 2018 Princess Grace Award gives me the chance to produce my project more ambitiously, and it also gives me a platform to share the work to a wider audience.”

Duke Campus, Soaring Through the Seasons