When Carter Zenke observed that computer science students have very few opportunities to gain real-world experience with the concepts they’re learning in the classroom, he decided to do something about it.

Through partnerships at Duke and off campus, Zenke worked to create a program providing real-world learning experiences for computer science students by connecting them with non-profits in need of technical help.

While that might seem ambitious enough for a second-year college student, Zenke also plans to create an open source curriculum to expose more children to computer science, especially those students who are underrepresented in the field.

Zenke’s goals get to the heart of what Aria Chernik envisioned when she founded OSPRI (Open Source Pedagogy, Research + Innovation) at Duke in 2016. Through funding from Red Hat, OSPRI is upending traditional models of higher education, and working to create a collaborative, student-centered environment where content is shared, and students are empowered to pursue their interests and develop a lifelong love of learning.

“Knowledge shouldn’t be locked away or proprietary,” Chernik said. “OSPRI is committed to open knowledge and access to information.” 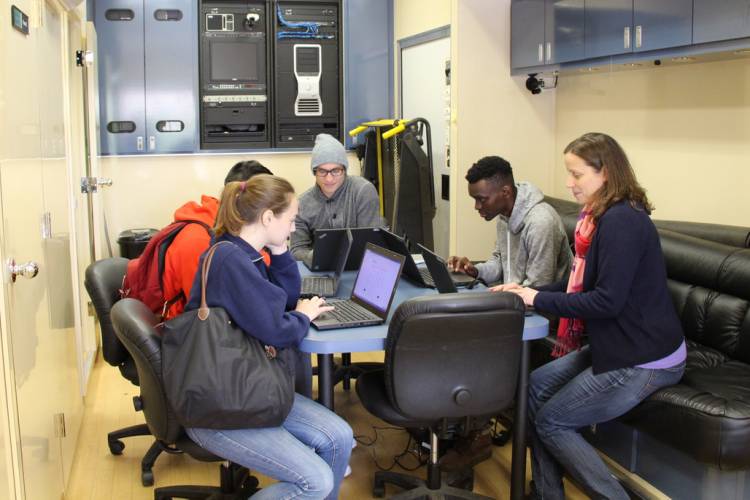 “It shines a spotlight on the communal nature of knowledge, and teaches important lessons for today’s information age about the legal and ethical issues of reusing information, and how to legally and ethically share it through Creative Commons licensing,” Chernik said.

Chernik developed an interest in open access to information during her years teaching academic writing through the Thompson Writing Program at Duke.

Exploring open access, and what happens when people don’t have open access to information, led her to conclude that information should be available to everyone.

“As I got interconnected in the open knowledge community, I learned how open source really was changing the world,” she said. “It is making education more equitable and egalitarian. I really saw it as a social justice issue.”

She reached out to Red Hat, a leader in the open source movement, where her idea was enthusiastically received.

“Red Hat believes that open source has value beyond software, and Aria’s vision ties into that very well,” said Tom Callaway, who works in university outreach at Red Hat. “We have been working to identify ways to promote open concepts in education for a number of years, and it was refreshing to see her vision towards accomplishing that.”

“I’m really trying to create something that is, first and foremost, student-centered,” Chernik said. “That is rethinking education, how students want to be, and should be, educated in a way that prepares them for a 21st century world.”

Scalable to other institutions

The program is designed to be replicable and scalable to other educational institutions.

“I really feel strongly that if this isn’t something that can be shared and remixed, then it won’t be a success,” she said. “Even if it’s successful within Duke, OSPRI is meant to be something that is a model for reuse and remix across colleges, and across K through 12.”

“It’s the beginning of what education can look like,” she continued. “It’s not just a single project.” 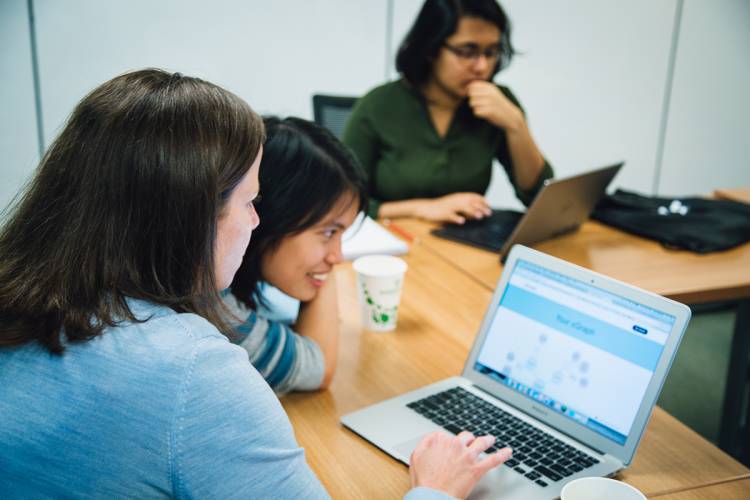 Where a student might once have served as a research assistant to a professor to gain experience, through OSPRI that student would instead focus on an area of study that is important to him or her personally.

“Think about it—so many people don’t want to go into their jobs every day, and it’s deadening,” Chernik said. “I want students to understand how to create that intellectual and joyful pursuit of something while they’re still in college, and hope that it continues after.”

What’s more, she recognizes her students will need to be innovators and problem-solvers to fit in the changing landscape of the business world. In his recent keynote speech at Red Hat Summit, Jim Whitehurst talked about innovation strategies of the past, which are no longer successful because they rely on a model of “plan, proscribe, and execute.” He noted that the future is becoming more complex and less knowable, and that “planning as we know it is dead.” With that in mind, Whitehurst said the job of innovation leaders today is to create the context for individuals to act in a collective way to “try, learn, and modify.”

This is precisely the job that Chernik sees as the role of a 21st century educator—to be a catalyst for creating such a context within education.

As she notes, today’s student can access, free of charge, content from around the world including such as that from world-renown universities like MIT and Stanford, learning platforms like Khan Academy, and a multitude of instructional websites. That makes it challenging for universities to rely on their former status as sole transmitters of expert knowledge as justification for the high price tag. Instead, the time is now for universities to grow and adapt, Chernik said.

“In the coming years, universities will face the enormous challenge of reimagining their role in the lives and careers of students, especially as alternative credentialing, such as professional badges indicating content and skills expertise, become more common,” she said. “My partnership project with Red Hat is an ideal way to demonstrate a new model for learning that emphasizes designing pedagogically scaffolded contexts for authentic, student-driven engagement with complex problem-solving.”

Students can come from any study area at Duke to enroll in the classes offered through OSPRI. First year students work alongside graduate students in pursuit of a project that matters to each student as an individual.

Think about the work of education scientist, Sugata Mitra, who, in a series of real-life experiments in countries around the world, gave kids free, self-directed access to the internet, and learned that they not only taught themselves, but began teaching others.

Then visit Duke, where self-direction is at the core of Chernik’s classes. The semester begins with explicit individual and team learning goals as well as broad thematic content areas to be covered, however, the calendar of assignments in the syllabus is almost entirely blank. In fact, Chernik sits down as an equal with her students on that first day, and together they have a conversation about what interests each individual. The class frequently concludes each week with Chernik asking the question to each student, “what will be your next step?”

“I think about us as a project team,” she said. “On the first day of class, we had a conversation about what students were interested in, not just in terms of content learning, but in doing—skills they hope to develop, concepts they wish to learn.”

Anna Engelke, who recently graduated with a master’s degree in Educational Innovation, Technology, and Entrepreneurship from UNC-Chapel Hill, has worked with Chernik for more than a year.

“It’s the difference between active and passive learning,” Engelke said of her experience taking classes with Chernik. “Even if the teacher was encouraging discussion, you could always slip into this passive role—I can rely on the teacher to figure out where I’m going in this class.”

“I don’t think that necessarily prepares you well to being able to function, whether it’s further on in academia, or in a work environment,” she continued. “You want to have the skill of identifying a need, or identifying an interest, and moving forward.”

Engelke, too, has taken her interests outside the walls of the university, leading a Scratch-based maker club at an elementary school near Duke. Scratch itself is a free, open source tool and online community that is designed with collaboration in mind.

Both she and Zenke agree, course experiences through OSPRI are what they’d like to see more of.

“It’s the kind of class I would take every semester if I could,” Zenke said. “And I would make all my classes like this. It offers so much freedom—we had ideas that we could just make happen so easily.”

How to improve your body language in the virtual workplace