With some help from a Duke University analytical chemist and his million-dollar lab instrument, the state of North Carolina is about to launch one of the world’s most ambitious testing programs to detect chemical contaminants in drinking water.

Lee Ferguson, an associate professor of civil and environmental engineering, will not only be helping do the analysis, he helped design the system and get state government funding to support it.

After the discovery of a chemical contaminant called GenX in the Cape Fear River and Wilmington’s drinking water two years ago, Ferguson said citizens were asking their legislators “is my water safe to drink? That level of interest led people to ask the question, ‘what else is there?’”

With $5 million from a bill passed by the legislature in June, the Polyfluorinated Alkyl Substance Testing (PFAST) network will look at the chemistry of about 350 municipal water supplies over the next year, including both surface waters and well water. Ideally, they can look at each source at least once during the year, Ferguson said.

The program will be administered by The North Carolina Policy Collaboratory, a state-funded effort to link the expertise of faculty in the UNC system with the state government. The Collaboratory will award grants to more than 20 researchers at North Carolina universities to conduct the testing and begin work on related research projects. The PFAST Network will be headquartered at UNC- Chapel Hill within the Gillings School of Public Health.

“We are grateful to the legislature for this important opportunity to collaborate with universities and public agencies across North Carolina to obtain critical evidence needed to protect the health of North Carolinians,” said Barbara K. Rimer, Dean of the Gillings School.  “With the outstanding university teams and comprehensive strategy that will be undertaken, North Carolina will lead the country in this kind of research.”

In the startup phase of the testing program, water samples will be brought to Duke and NC State University to scan them broadly for the presence of polyfluorinated “emerging contaminants,” man-made chemicals in water whose risk to human health and the environment isn’t fully understood. The latest mass spectrometers will be used to search for per- and polyfluoroalkyl substances (PFAS) of all kinds.

GenX, for example, is a PFAS with unknown health risks. The substance is known to be toxic and corrosive, but there isn’t a lot of data about how it would affect human health at the concentrations found in the Cape Fear River. A byproduct of Teflon and other non-stick coatings, it is believed to have been discharged into the Cape Fear from a Fayetteville chemical plant since at least the 1980s. NC State University researchers are working on a health study with 300 Wilmington residents now.

Legislators who were being contacted by constituents asking if their water was safe to drink were a receptive audience, Ferguson said. At first he was called to testify before a sub-committee, but before long, he found himself having one-on-one conversations with lawmakers in Raleigh.

“This is the first time I’ve ever been involved in this kind of thing,” he said. “We were talking about GenX, but I was explaining that we have the technology to do what is called ‘non-targeted analysis,’” Ferguson said, in which the latest kinds of mass spectrometers can sift through a sample for the signatures of hundreds of known and unknown compounds.

This approach to water testing doesn’t decide ahead of time what contaminants to look for; it’s what is known as ‘non-targeted analysis,’ and it looks for every compound in the water.

A typically casual professor, he found himself wearing a suit and tie “and being dragged around the corridors of the legislative office building talking to people about mass spectrometry.”

Ferguson said the ideal model he had in mind is a system on the Rhine River in Europe which is monitored daily for emerging contaminants to safeguard the drinking water of 20 million people. “This is the model of how it could be done,” Ferguson said.

“If this had happened five years ago, we would be unprepared,” Ferguson said, because the technology didn’t exist.

It also helps that he and NC State professor Detlef Knappe, who discovered the GenX problem, are internationally recognized experts in emerging contaminants being found in water. “It’s actually very fortunate that North Carolina is the place that this (GenX) happened,” Ferguson said.

The PFAST Network will require water sampling in all regions of the state to establish a baseline for monitoring long-term changes in North Carolina’s water quality. It will also look at chemical compound removal and air quality impacts.

If a problem is identified, the study’s scope includes determining its extent and identifying practical solutions that protect the public from adverse health impacts of these compounds.

Results of the study will be shared with the public on a regular basis, including quarterly reports to the legislature’s Environmental Review Commission and other state and federal regulatory agencies. The study will conclude next fall, and the team will issue its final report to the legislature in December, 2019.

After that, the hope is that a partnership with the state’s Department of Environment and Natural Resources could be created to continue and perhaps expand the water monitoring program, Ferguson said.

Calling this a needle-in-a-haystack problem doesn’t quite cover it, Ferguson adds. There are 60 million to 80 million organic chemicals, of which at least 85,000 are used industrially in the United States. “Is that the universe of molecules we should care about? Probably not.” But still, only about 200 of those chemicals are regulated, and only about 10,000 have been tested for health effects. “That leaves a lot of chemical space we don’t know about.”

However, during the legislative process, lobbying by industry groups led to some limits on the scope of the testing – the current project focuses only on polyfluoroalkyl substances instead of full non-targeted analysis, for fear of opening a Pandora’s box, Ferguson said. “I learned way more about politics than I ever wanted to know.”

The NC Policy Collaboratory is partnering with Duke’s University Program in Environmental Health to plan a day-long symposium on emerging contaminants Sept. 28 at the Washington Duke Executive Conference Center at Duke. 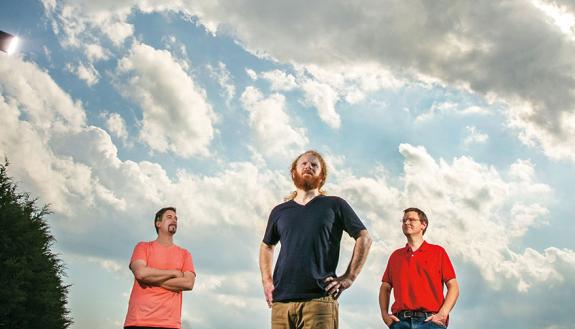 Climate Scientists Listen to the Clouds 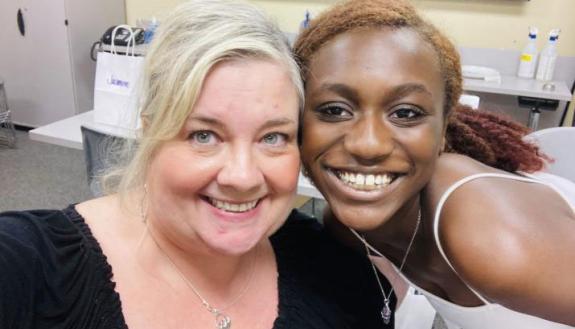 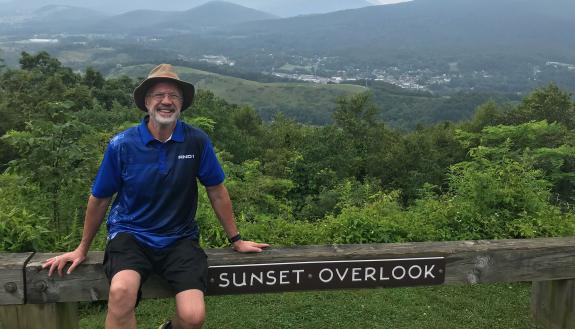