DURHAM, N.C. -- For a small, reddish-beaked bird called the zebra finch, sexiness is color-coded. Males have beaks that range from light orange to dark red. But from a female’s point of view, a male’s colored bill may simply be hot, or not, new findings suggest.

Due to a phenomenon called categorical perception, zebra finches partition the range of hues from red to orange into two discrete categories, much like humans do, researchers report August 1 in the journal Nature.

The finding comes from a Duke University experiment that tested the birds’ ability to tell whether colors are the same or different.

Using different pairwise combinations of eight hues representing the range of male beak colors, the researchers showed 26 females a set of quarter-sized paper discs, some two-toned and some solid colored.

The birds learned that each time they flipped over a two-toned disc with their beak, they found a millet seed treat hidden underneath. If they flipped over a solid colored disc, they got nothing. Picking a particular disc first before the others was a sign that a bird perceived it as having two colors rather than one.

Females had no difficulty discriminating the most dissimilar pairings. What was interesting was how they treated the various hues in between.

The findings suggest a threshold effect at work -- a sharp perceptual boundary where orange turns to red.

The birds were much better at distinguishing two colors from opposite sides of the boundary than pairs from the same side, even when all pairs were all equally far apart on the color spectrum.

Previous research had shown that zebra finch females prefer red-beaked males to orange ones, because redness correlates with good health.

This study didn’t test whether the birds preferred some disc hues over others, cautions Patrick Green, Duke postdoctoral associate and study co-first author. But the results shed light on what might be happening when a female gazes at a potential mate, Green said.

If the birds lump all hues on one side of a certain redness threshold into the same category, then at least when it comes to beak color, females may not be picky about whether a potential mate is Mr. Perfection or Mr. Good Enough.

“What we’re showing is: he’s either red enough or not,” said Duke biology professor and senior author Stephen Nowicki.

The researchers don’t yet know if the threshold between what humans perceive as “orange” versus “red” is the same for birds. But the findings lend support to the idea that such color labels have deep biological roots, and aren’t just arbitrary divisions shaped by human culture or language.

Categorical color perception in zebra finches isn’t likely to be just the result of variation in how well the light-sensitive cells in the birds’ eyes distinguish different wavelengths, the researchers say. It may be in their minds.

“What hits the retina is not always what we see,” said Duke postdoctoral associate Eleanor Caves. Signals from the retina are conveyed to the brain for decoding.

“We’re taking in this barrage of information, and our brain is creating a reality that is not real,” Nowicki said.

Categorical perception may be a cognitive shortcut that helps animals make tough decisions in the face of noisy, limited or ambiguous information, Nowicki said.

“Categorical perception -- what we show in zebra finches -- is perhaps one strategy the brain has for reducing this ambiguity,” Caves said. “Categories make it less crucial that you precisely interpret a stimulus; rather, you just need to interpret the category that it’s in.”

Funding for this study was provided by the Duke University Office of the Provost. 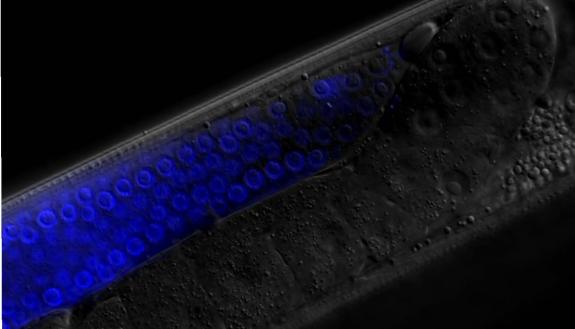 Life is Tough But So Are Worms -- Thanks to Mom 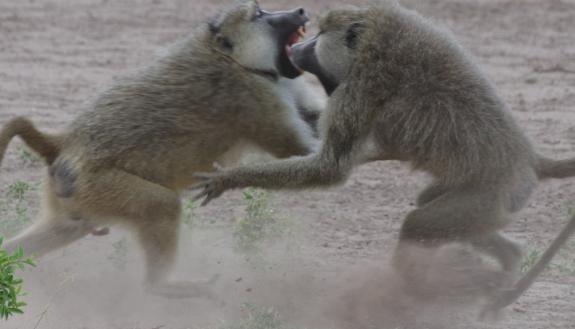 Baboon Sexes Differ in How Social Status Gets 'Under the Skin' 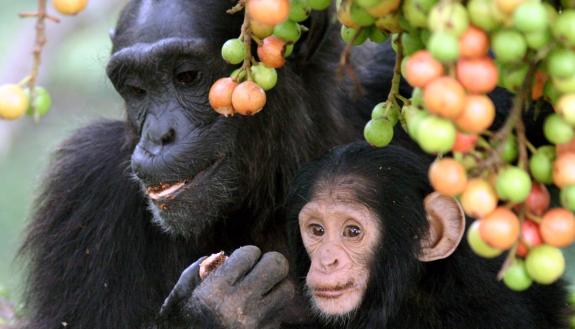 How Fruits Got Their Eye-Catching Colors