Faculty members Kate Bowler, Divinity School associate professor of the history of Christianity in America, and Brian Hare, professor of evolutionary anthropology, were among the presenters at this year’s Aspen Ideas Festival.

In an interactive session titled The Mysterious Mind of the Dog, Ross Anderson, senior editor of The Atlantic, interviewed Brian Hare with Alexandra Horowitz, a dog cognition scientist from Columbia University. Hare and Horowitz explained some familiar canine behaviors – such as the tail wag – before taking questions from the audience.

In his second session, Deep Dive: Inside the Animal Mind (and Yours), Hare took the stage with Yale’s Laurie Santos and Phyllis Lee from the University of Stirling to discuss behaviors and traits among dogs, primates, and elephants that are shared by humans. 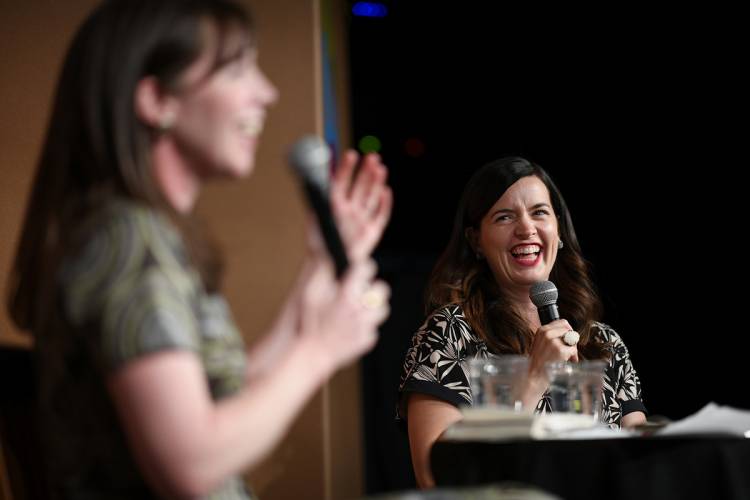 In When Breath Becomes Air: A Conversation About Life, Death, and Humanity In Health Care, Bowler spoke with her friend, Lucy Kalanithi, about Lucy’s husband, Paul, who was diagnosed at 36 with stage 4 lung cancer, and Paul’s memoir, When Breath Becomes Air. They also discussed Bowler’s own experience being diagnosed with stage 4 cancer and best-selling book, "Everything Happens for a Reason And Other Lies I've Loved." Their personal conversation covered life, death, and humanity in health care.