The sound of sticks cracking into pieces and birds chirping carrythroughout the air as Duke Forest director Sara Childs leads students on a tour through the Shepherd Nature Trail. The sky is scarcely visible as wet leaves from a previous rain storm hovered over students’ heads. The scene is set for a lesson on local ecosystems and environmental sustainability.

When first arriving to the nature trail early Wednesday morning, 30 local public school students stood in a circle to introduce themselves. Toset the tone, Childs asked the question “What do you like most about being outside?” One student answered, “We like to play soccer and hang out with friends.” Other answers bring giggles, but make the point: The students like being outdoors, but few have ever entered Duke Forest.

The students are members of the Duke-sponsored BOOST (Building Opportunities and Overtures in Science and Technology) initiative. The program provides hands-on, engaging science education for local teens, particularly underrepresented minorities, girls, and kids from economically challenged backgrounds.  BOOST encourages them to consider science and medicine as a career.

BOOST Program Director Douglass Coleman said a grant from the National Institutes of Health’s Science Education Partnership Award has funded the last 5 years of adventures. This year BOOST XL, for rising 7th graders, partnered with the Nicholas School of the Environment, Duke Forest, Duke Gardens, the Shared Material Instrumentation Facility at Pratt and Duke Horticulture at the Greenhouse.  The partnerships allowed the opportunity for XL Scholars to learn about society’s effects on the environment and what scientists are doing to sustain our world.

Srikar Kaligotla is a rising high school freshman on his third year in the program, and a mentor to BOOST middle school students. He says the visit to Duke Forest taught him a lot about environmental issues. “It's important to preserve nature as much as we can. It seems like now animals have very limited spaces to live,” said Kaligotla, a budding scientist who has an experiment involving a radiation-absorbing fungus that will run on the International Space Station later this year.

“I know some people might not like the bugs and spiders, but this is how it was before we came here. We want to make sure future generations can enjoy this too.” 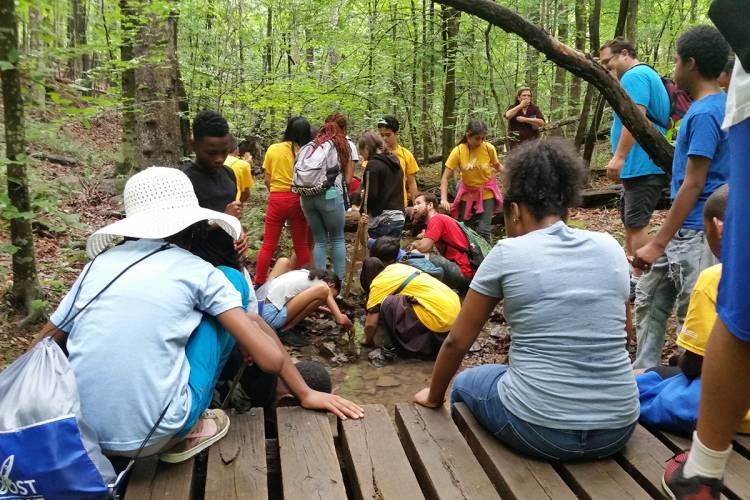 The Shepherd Nature Trail, which was renovated in 2017, is part of the Durham division of the forest. It is equipped with 10 descriptive signs that describes animals and trees in the division and the upkeep of the forest. A creek that flows through the trail attracted the attention of the BOOST students. Hands were covered in mud as students dipped down into the creek to search for salamanders and crawfish.

The forest visit and discussion allowed the students to apply some of what they had learned back in the classroom.  BOOST student Devin Sims asked about how slash and burn farming might have affected the soil of the forest, which was once farmland.

Childs answered that it would have had an effect on the Forest soil, but the most problematic issue was when this was farmland, the farmers farmed the same area over and over, which depleted the soil of nutrients.

By the end of the day, students took away a message of the value of the Forest to the urban Durham community. “Part of our work is direct conservation or restoration of wildlife, plant habit, water quality and quantity,” Childs said. “We live in a very urban environment. Durham is a bustling well developed city and it's only continuing to grow. There are not a lot of spaces like this left which is very important for the native animals and plants that we need and depend on in various ways. Here at Duke Forest our plan is to ensure we keep those animals and plants around.”

Story and video by Alexis Owens. Photographs by Melony Williams. They are NC Central University interns working this summer in Duke University Communications. 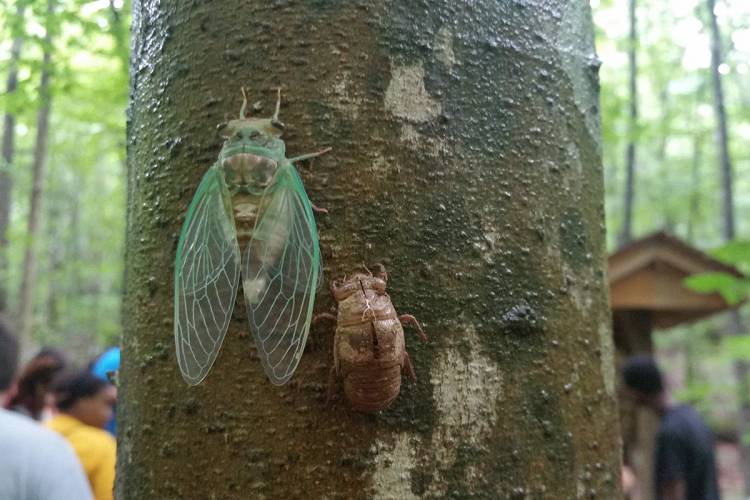