One after another, they shared how exploring French at Duke had transformed their lives, often broadening their perspectives in wonderful – and unexpected – ways. There were anecdotes about intense cultural immersion during a semester in Paris, debating Flaubert’s fiction through the lens of neuroscience, research on urban space, fashion and the body in modern French literature and culture, as well as the rewards of working with French-speaking Congolese refugees to help them get resettled in North Carolina. 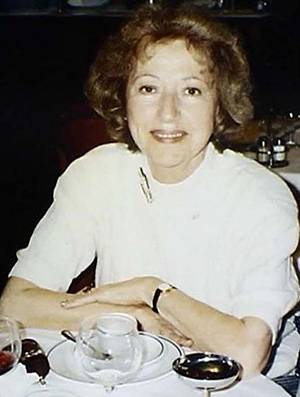 “I can’t fully express how influential it’s been on my life,” said Madeline Thornton, a senior majoring in French and global health who has become lifelong friends with the refugee family she worked with during a summer service-learning course.

Thornton was among nearly two dozen faculty and students gathered late on a spring afternoon to celebrate a gift from The Anonymous Trust establishing an endowed professorship for French and Francophone Studies, a first for the Department of Romance Studies. The position will be named in honor of Anne-Marie Bryan, one of the first women professors in the department.

Bryan was known for inspiring students to speak and write confidently in French as a way to engage them in the culture, history and literature. She authored four books on the linguistic approach that promoted oral and written competency, and taught the core of French language courses at Duke with that method between the 1960s and the 1980s.

“She was the professor who trained thousands of Dukies in French law and business; who insisted that they speak and write about it en français impeccable, who brought the first wave of feminism to campus through her classes and support of women and their professional lives,” said Professor Helen Solterer, who teaches French literature and culture.

Videos played over the crowd, one featuring photos of Bryan, who passed away in 1999, smiling among students in the French-speaking corridor she launched in a dorm where she regularly invited French politicians, writers and chefs to meet with them. Another showcased current French classes: a talk with Philippe Lançon, an author and critic who survived the Charlie Hebdo attack in 2015; a summer program in Paris; a seminar in Perkins Library; and the flagship Duke in France program, EDUCO.

“French and Francophone colleagues in the last generation took a lead in innovating the humanities on campus, nationwide and abroad. Their influence in cultural criticism, gender studies, post-colonial theory and history, philosophy and literature was immeasurable. Thanks to this gift, we’re now primed to do so again.”
-- Helen Solterer

Romance Studies has invested heavily in internationalization and study abroad programs, department chair Richard Rosa said during one of the videos. “The students come back completely transformed,” said Rosa, who is also academic director of Duke in Madrid, the university’s largest study abroad program.

Throughout the afternoon celebration, the audience laughed and applauded. At dinner afterwards, guests feted The Anonymous Trust and memories of Bryan with champagne toasts. The gift was exciting news to a department facing three retirements.

“The donor’s generosity couldn’t have come at a better time,” Solterer said. “French and Francophone colleagues in the last generation took a lead in innovating the humanities on campus, nationwide and abroad. Their influence in cultural criticism, gender studies, post-colonial theory and history, philosophy and literature was immeasurable. Thanks to this gift, we’re now primed to do so again.”

Among the new frontiers to debate and research: Francophone Arabic and African world literature, culture and the sciences, and transnational history and the arts.

The Anne-Marie Bryan Professorship will make it possible for the department to recruit an exceptional faculty member to spearhead those efforts, said Gennifer Weisenfeld, dean of the humanities. 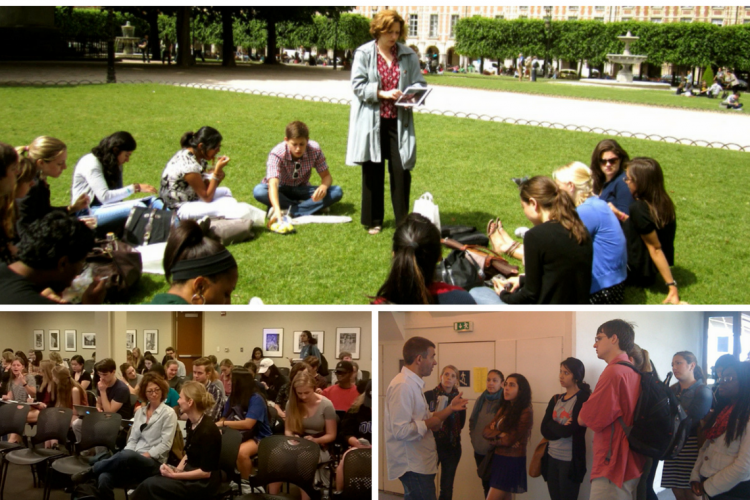 “An endowed chair offers a perfect opportunity to catalyze the next phase of innovation. It will ensure recruiting an inventive, accomplished colleague from the vanguard of today’s scholars in a way that a standard tenure-track position cannot,” Weisenfeld said.

Rosa is most excited about the ability to continue building partnerships across campus. “We collaborate with anyone who is willing to collaborate — visual studies, neuroscience, economics. With this endowed chair, we have the potential to expand many of our initiatives.”

Examples include “In Transit,” which focuses on migration, its history and arts around Europe, the Mediterranean, North and West Africa; “Cultures and Languages Across the Curriculum” which explores issues in global health, public policy and the environment; and “France Across the Arts,” a proposed network of partnerships with leading arts institutions in France to enhance the experience of students enrolled in programs like EDUCO and Duke in Paris.

The gift is a fitting tribute to Bryan, who still holds a place in students’ hearts. Chase Fretwell ’17 and Alexandre Quast ‘18 have been studying Bryan’s academic papers and creative writing that her daughter has donated to the Duke Library Archives. Plans are also under way for putting together a documentary and a set of essays about her.

“The thanks will keep coming when we fill the Anne-Marie Bryan Professorship. I imagine a scholar committed to teaching and energizing ventures in the humanities,” Solterer said. “When that colleague joins us, that will be a happening, a kind of living thanks bound to draw in many people for a long time to come.”