A day after being named a James B. Duke Distinguished Professor, sociologist Eduardo Bonilla-Silva gave the second annual Trinity Distinguished Lecture last week, offering thoughts on his 25-year academic career, his research that challenged the foundations of his discipline and the racism he has experienced as a Puerto-Rican black man.

In his talk titled “Race Matters: The Strange Career of a Race Scholar,” Bonilla-Silva shared his scholarly journey that began at the University of Puerto Rico.  He didn’t speak English well when he first arrived at the University of Wisconsin-Madison in the mid-1980s for doctoral study. He now describes his younger self as an “arrogant, vulgar Marxist.”

As he worked on his dissertation (Squatters, Politics & State Responses in Puerto Rico, 1900-1992), he tried to fit into life in Wisconsin. And he participated in activist campaigns to address racism.

“I was forced to explore my beliefs about race as I began to recognize my status as a black man in the U.S,” he said.

He recalled a faculty member told him he was a ‘natural’ race scholar, which genuinely puzzled him. “I was trained in structuralism and Marxism and had no training whatsoever in the race field. My dissertation had nothing to do with race,” he said. “In fact, I never took a class on race in my life!”

But because he was framed racially, he was asked to teach a course on race as a lecturer. He recalls spending many months in the library preparing to teach the subject. “I was studying to bolster my ‘natural’ race scholar DNA,” he said, wryly. 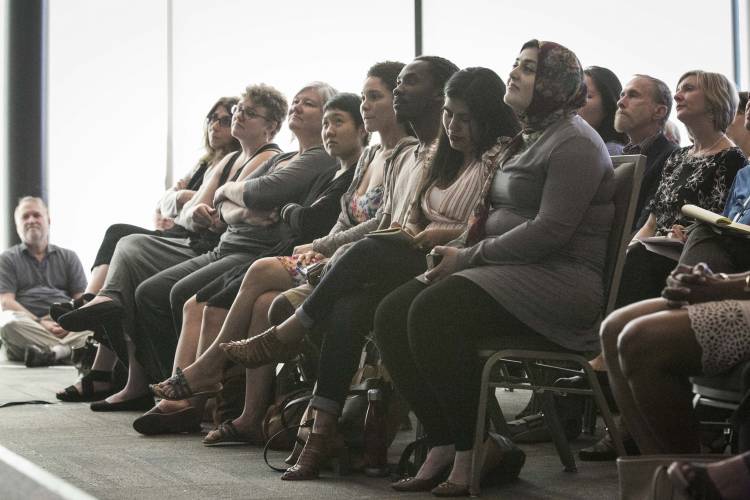 Research and Racism in Academia

When his first article got accepted in the premier American Sociological Review (ASR) journal, Bonilla-Silva’s department chair at first did not believe him. Several colleagues invited him out to lunch to celebrate—and then proceeded to criticize his theories even though they worked in other fields. Yet another colleague said she “had not realized that ASR had an affirmative action program.”

“These days we call these kinds of things microaggressions,” he said.

He extended work from his ASR paper into a lengthy monograph. It appeared in his first book “White Supremacy & Racism in the Post-Civil Rights Era,” published in 2001 while he was at Texas A&M University.

“The fundamental practices and mechanisms responsible for reproducing racial inequality in post-civil rights America tend to be subtle, institutional and covert,” he said.

In 2003, he published “White Out: The Continuing Significance of Racism,” which explored how white racial identity gets constructed and how systems of white privilege operate in everyday life.

He also published “Racism without Racists: Color-Blind Racism and the Persistence of Racial Inequality in America” (2003). Now in its fifth edition, the book has sold more than 50,000 copies. With each version, Bonilla-Silva deepens his arguments and statistical evidence and connects readers to examples of contemporary relevance, such as Obama’s election.

“There is an ideology of abstract liberalism that allows whites to appear reasonable and moral while opposing ways to deal with or eradicate racism,” Bonilla-Silva said. “For example, labor market discrimination is alive and well and affects Latino and black applicants. You might think jobs in America get awarded in a meritocratic method—but jobs are mostly secured through networks and personal relationships. But black and Latinos do not have access to such networks.”

“This is a form of color-blind racism,” he said. “The black man gets no love.” 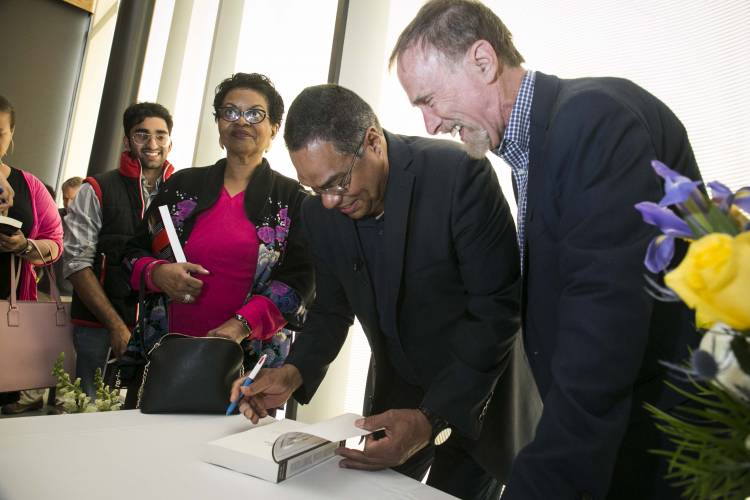 In 2007, Bonilla-Silva published “White Logic, White Methods: Racism and Methodology.” He argued that the reigning sociological methodology is biased and based on white-oriented norms and does not make it possible to capture the deep effects of race in life. He called for new approaches that would accurately reflect racial realities. Young scholars of color loved the book, and others hated it for challenging long-held foundations of the discipline.

In another project, he argued that racial stratification in the U.S. is becoming Latin America-like. As such, “racial dynamics will become more complex and seemingly fluid, yet racism and racial inequality will continue,” said Bonilla-Silva.

In the academy, racism gets expressed through how we teach, how we don’t teach, who we teach, and who gets cited and who doesn’t, he explains. “That is the insidiousness of racism in academia. For example, why do we racialize some colleges as Historically Black Colleges and Universities (HBCUs) and we don’t racialize Historically White Colleges and Universities (HWCUs)?”

Bonilla-Silva said he doesn’t participate in diversity committees anymore. "What is needed is shaking the academy up -- to take the issues in our departments seriously. Racism will not get resolved through a top-down approach. It has to be a process in which the collective academic community has the deep and fundamental conversations needed to make the change," he said.

“Racism will not get resolved through a top-down approach. It has to be a process in which the collective academic community has the deep and fundamental conversations needed to make the change.”
- Eduardo Bonilla-Silva

"When I go to stores, people see my race and physicality first. When I open my mouth and they hear my Puerto Rican accent, I can see their surprise. They think: Wow, SPECIAL black man," he said. "I am usually followed in stores or ignored because they assume I cannot afford anything. Or, store employees keep asking to help me and won't let me browse because they think I am going to steal something. I guess they don't know I am a James B. Duke Distinguished Professor of Sociology at Duke University.”

Bonilla-Silva is now the 109th president of the American Sociological Society.

“I am tired of enduring second-class academic status and seeing race studies characterized as ‘me-search' instead of research," he said. "Writing about racism and experiencing it are different things. I am fortunate to have won awards and to be paid a good salary. But none of this is what scholars of color want. We want to be treated as equal members of our academic community.

“There is something beautiful about doing race work,” he said. “You cannot go back and pretend you don't know the truth. You have to deal with the good and the bad. You can’t go back.”

The sixth issue of Racism without Racists is forthcoming.

New database will connect community with educational opportunities across campus