Historical monuments can provide clear windows onto our nation’s troubled racial past -- or they can obscure more than they reveal. And universities have a special obligation to examine how we memorialize the past, said speakers at a two-day symposium “American Universities, Monuments, and the Legacies of Slavery.”

The event drew overflow crowds to the Holsti-Anderson Room at Perkins Library on March 30 and 31 to hear leading scholars of history, law, economics, art history and sociology.

Conference organizer Thavolia Glymph, a professor of history at Duke, said the event was prompted by the ongoing national debate about Confederate monuments, including the Robert E. Lee statue that was removed from Duke Chapel in August 2017. 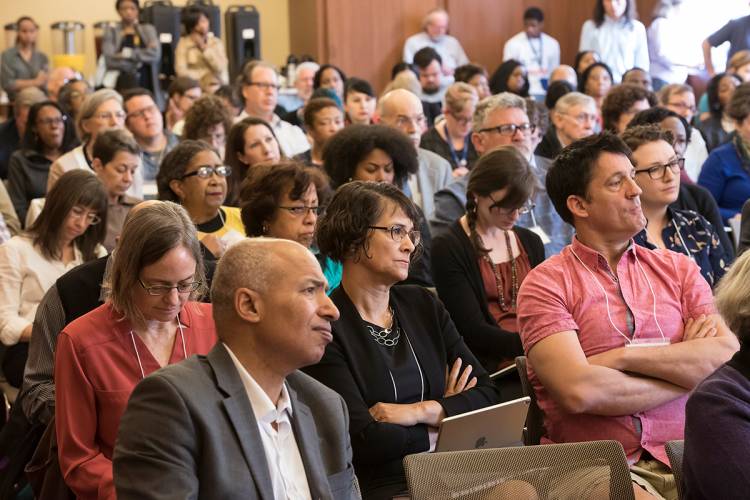 “We wanted to think about the historical framing of the monuments, not only in slavery but also the discriminatory economic regime that followed slavery,” Glymph said.

The symposium themes were set during an opening keynote address by noted historian Nell Painter, author of “The History of White People” and an award-winning biography of activist Sojourner Truth.

Drawing upon works by Thomas Jefferson, Charles Dickens and other prominent 18th and 19thcentury writers, Painter described how “slavery did harm to the American political character.” The tribalist politics that Painter said define “America in the age of Trump” result from the ongoing legacy of slavery, she said.

“We must acknowledge slavery’s distortion of the American public sphere,” Painter said. “The riveting issues of our time – gun violence, sex harassment of working women – all come out of experience of slavery.” 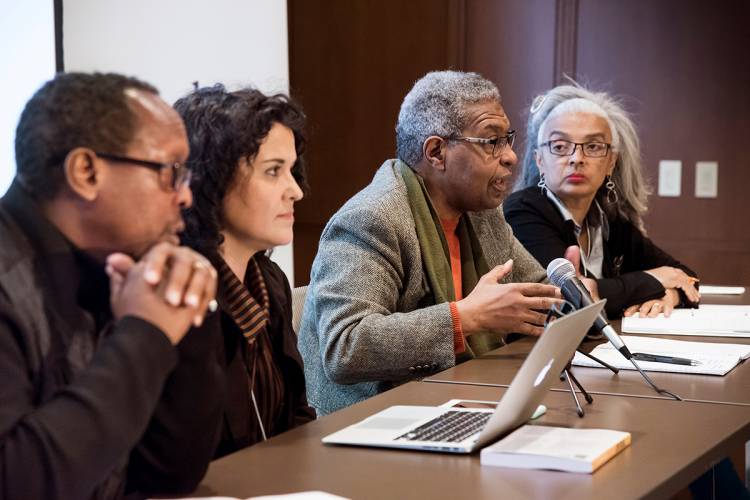 Other speakers examined monuments through the lenses of economic history, legal history and other disciplines.

“We must empower our students because our institutions from the very top has been silent. Students are out educating the public in ways I never could. They are talking with 80-year-olds who were pro-segregation. We must try to help empower the students. I am frustrated that 18- to 20-year-olds are doing the work that the institution should be doing. ”
- William Sturkey, University of North Carolina at Chapel Hill

“One of amazing things about monuments is that they erase their own history.”
- Kirk Savage, University of Pittsburgh 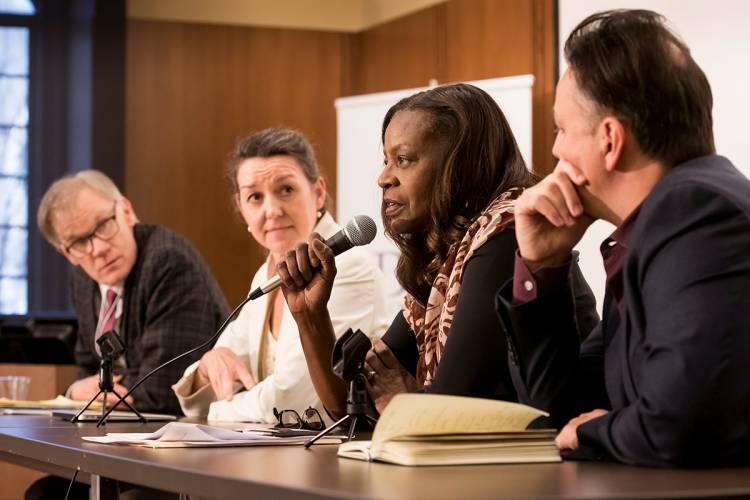 It was particularly fitting for Duke to host the conversation, said Glymph, who is also John Hope Franklin Visiting Professor of American Legal History at the School of Law.

“Duke is a renowned institution that is located in the South. So what has that meant and what does that still mean?” Glymph said in an interview. “Do we have any particular obligation to tell that history of the South?

“As we take Duke and Duke students out into the world, it’s important to do that while anchoring them in where they’re from.” 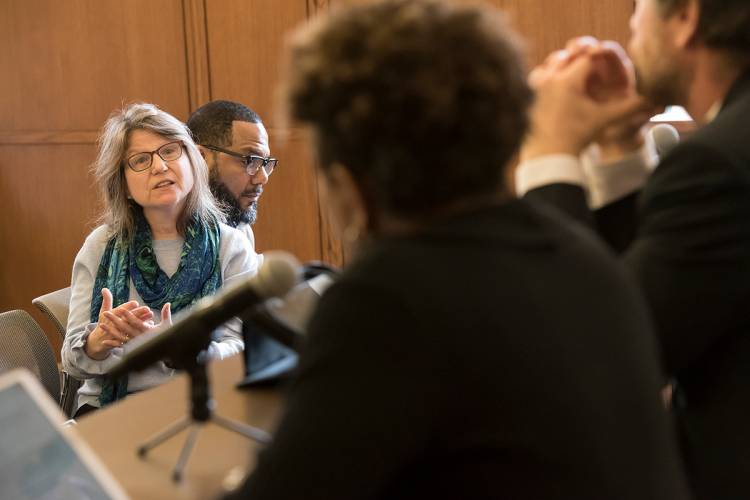 “Germans have a sense of shame about their past. Americans in large part seem to lack that shame.”
- Neil Siegel, Duke law professor

You can read comments from the audience using the symposium's hashtag #DukeMonumentsSymposium on Twitter.

Darity: “How have colleges and universities contributed” to racial wealth inequality? Emphasizes the ways in which these institutions continue to make “what appears to be a scientific case for black inferiority” #DukeMonumentsSymposium

“Don’t be bound by tradition! Do whatever is needed to write history of black people” says Darlene Clark Hine #DukeMonumentsSymposium #slaveryarchive pic.twitter.com/rDBKXQHbuY

On the Early Front Lines in the HIV/AIDS Fight

Since the early 1980s, Duke staff and faculty showed courage, compassion in the face of the HIV epidemic