History: It was a spur of the moment decision that turned into a lifetime of work for Brian Hare, co-director of the Duke Canine Cognition Center and associate professor in the Department of Evolutionary Anthropology.

As a student at Emory University in the mid 90s, Hare studied under Michael Tomasello, who is now the James F. Bonk professor in Duke’s Department of Psychology & Neuroscience. One afternoon, Tomasello told Hare about his discovery that chimpanzees didn’t seem to understand pointing gestures.

Hare’s response: “I think my dog can do that, too.”

“That big discovery has led to my life’s research,” Hare said.

What the office does: Since opening in 2009, the Duke Canine Cognition Center has studied the mental capabilities and limitations of dogs.

The center performs its research by inviting dog owners living in the Triangle area to volunteer their pet to play problem-solving games. Nearly 2,000 dogs are in the center’s database and the staff has received requests for people to visit from as far away as California and London. 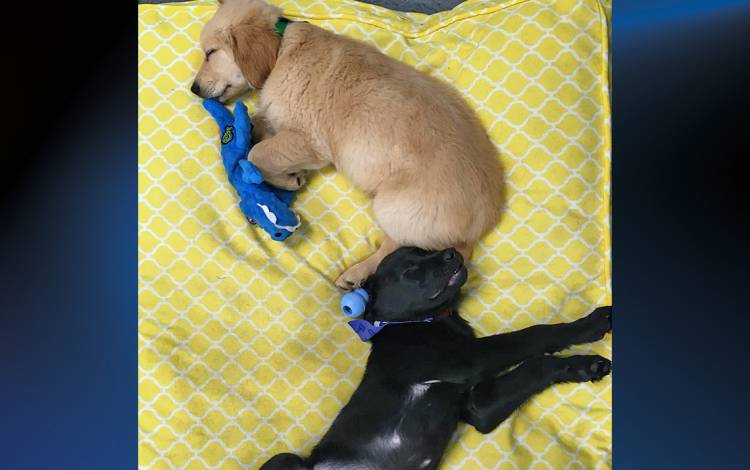 “Dogs are part of our family,” Hare said. “People want to understand and learn more about them and connect with them. Our work reveals a lot about what dogs are actually like.”

The center conducts new research about every semester, which generally involves a series of trials for each visiting dog. Previous studies tested dogs’ patience and whether they develop preference for one stranger over another.

Big goal: In March, two puppies arrived at the Duke Canine Cognition Center for a pilot test of a partnership with Canine Companions for Independence, a California-based organization that trains assistance dogs.

The point of the program, called “The Duke Puppy Kindergarten,” is to see if the Duke Canine Cognition Center can identify traits that qualify dogs for a specific service job. At Canine Companions for Independence, dogs are trained for 14 to 18 months to assist people with physical or mental disabilities. Training has a 50 percent pass rate, and if the dogs fail, they are listed for adoption.

If the pilot for The Duke Puppy Kindergarten is a success, the Duke Canine Cognition Center will host up to 10 puppies this fall.

“It’s not unlike an undergraduate student pursuing a liberal arts education in order to discover who they’re going to be,” Hare said. “A student might not be so successful in economics, but if they majored in English they might be one of the world’s experts.”

What the department can do for you: Anyone can volunteer their dog up to participate in a testing session at the Duke Canine Cognition Center. The only requirements are the dogs must be up to date on rabies and Bordetella vaccines. 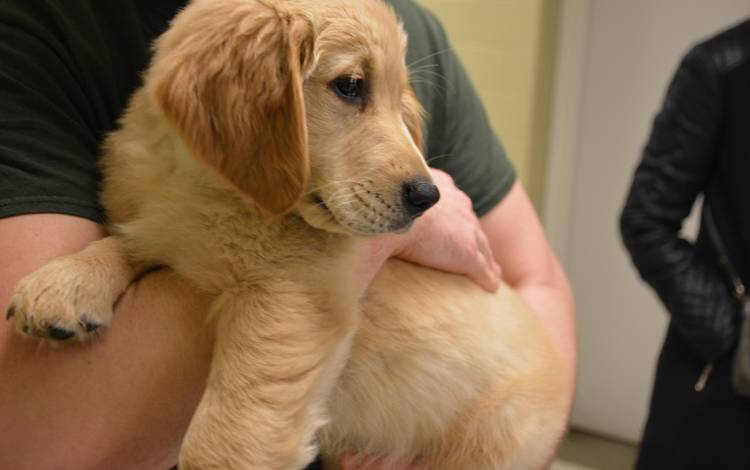 Once dogs are in the database, the center will contact the owner as needed. Depending on research, dogs may be selected based on age, breed, sex or other traits. Testing sessions typically last 45 to 90 minutes.

One test involves a center staff member offering a treat while standing behind a clear plastic barrier. The staff member then switches between calling the dog in excited and calm voices to see if the dog better maneuvers around the barrier depending on tone.

Another test has two strangers stand side by side, offering treats to a dog, to see if the animal develops preferences for one stranger over another.

“We all want to know what dogs are thinking,” said Vanessa Woods, research scientist for the center. “We try to see into the glimpses of the dog’s brain.”

Significant achievement: Hare is particularly proud of the success of former undergraduate and PhD students who worked at the center.

Emily Bray, ’12, published a study that concluded hyper dogs are more likely to crack under stress while mellow dogs perform tasks better. Evan MacLean, who received his PhD from Duke in 2012, founded the Arizona Canine Cognition Center in 2016.

Hare is also delighted that 95 percent of the time center staff asks a community member to bring their dog in they receive a yes.

“It’s so rewarding to see how many people enjoy bringing their dogs in,” Hare said. “The only problem is people are sometimes so enthusiastic they show up too early.”