What he does at Duke: Cozart manages the day-to-day operations of the OIT service desk, which fields calls from students, faculty and staff. He also manages a walk-up service desk in the Link at Perkins Library. The most common questions are about password resets and email issues. The service desk also sees its fair share of spill-related tech emergencies. “Soup, soda, water, coffee, beer. We get ‘em all,” Cozart said. To troubleshoot, his team takes a computer apart. Sometimes they can dry it out and fix it, but sometimes a laptop can’t be fixed.

Cozart said one of the things he loves most about his job is hiring new IT analysts at the service desk. “Sometimes it is their first position and a chance to advance in the IT field. That’s exciting.”

The most challenging tech request? According to Cozart, it’s account consolidations. This happens when someone starts out at a student or intern and then returns to Duke as an employee. The maneuver requires multiple steps between Duke departments. The person’s identities must match in order to merge accounts. It takes three to five days and is labor intensive.

A memorable day at work: The most memorable day was his first new student move-in day on East Campus. “The number of students coming in, the number of students wanting help with their computers, and the number of questions from their parents, was overwhelming,” he said. In the end, it’s just one hectic day to prevent future hectic days, Cozart said. “We plant the seed with parents that we are here to help their kids tackle any tech issue they may have while away at school,” he said.

What he loves about Duke: The people. “I don’t think I’ve ever had a position where there are so many people willing to help you,” he said. “And so many people are willing to share knowledge that they have with you. Also, the opportunity to be rewarded for working hard.”

Cozart also loves a friendly competition among staff: His department tracks work outcomes through service desk metrics, and a trophy is passed to the top employee each month. The trophy, a 3-D printed decorated star, was made in-house by service desk analyst Kelli Synder.

Something unique about his team: The multi-tasking that takes place. There are times when Cozart is talking to or helping two or three customers at a time through chat, email and phone calls, yet those customers don’t know that he and other team members are helping more than one person at that time. “We handle about 4,200 phone calls per month and 800 chats, self-service tickets, plus 1,000 student walk-ups,” he said.

First job: Fresh out of college, he worked at Radio Shack as a salesperson. “It was interesting because they sell everything from computers and phones, to capacitors and fuses,” he said. “The electrical stuff was the most intimidating part for me.” 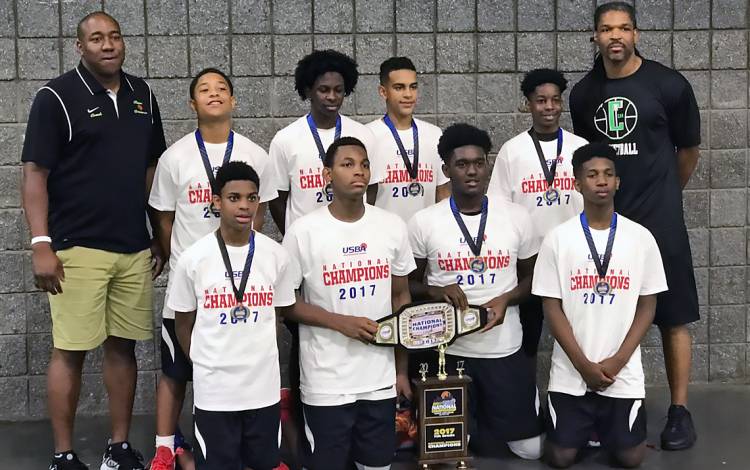 The best advice ever received: The advice came from an older man when Cozart starting his career: “Work hard and be honest, and you’ll achieve your goals.” The best advice he has received at Duke: “A colleague told me when I first started at OIT to ‘work hard and get to know people.’ “

Something most people don’t know about him: Cozart helps run a youth foundation, Team Crossover Youth Sports, in Granville County, as a coach and co-organizer. The organization creates free basketball teams for kids, grades four through seven. The coaches provide training two times per week for two hours. “Our seventh-grade team entered a national tournament in 2017 for the first time and we actually won first place,” he said. “We are now ranked number one in our division. I’m very, very proud of that.”

What does volunteering outside of work mean to him?

Nominate a colleague to be the next Blue Devil of the Week.