Sherrilyn Ifill, president and director-counsel of the NAACP Legal Defense and Educational Fund (LDF), told a rapt Duke Chapel audience of more than 350 people Sunday that civil rights activism is “democracy maintenance work” at a time that every pillar of American democracy is weakening.

In her keynote speech at Duke’s annual Martin Luther King Jr. commemoration service, Ifill said activists’ essential work fights against both small flaws and “the dangerous rot at the foundation of democracy” by defending bedrock political and civil rights and supporting greater investment in public education, the voter system and transportation.

“Each citizen must speak up, each of us is a democracy maintenance worker,” said Ifill, a former professor at the University of Maryland School of Law. She offered a big-picture view of the health of American democracy, while decrying what she described as “a disinvestment from public life.”

Ifill, the LDF's seventh president since Thurgood Marshall founded the organization in 1940, cautioned that no one tactic – including lawyers working alone – can correct injustice. That takes the contribution of people from all walks of life, including athletes, journalists, educators and health care workers. She said some people think professionals are “out of their place” to speak up, but she insisted that “it is the obligation of every citizen to do their part to sustain a democracy.”

“We have abdicated our responsibility as concerned citizens” in the daily fight for democratic values and protections, she said. “We took our foot off the gas.”

She said Thurgood Marshall had identified police violence as a concern as early as the 1940s, but that it wasn't until we had cell phone videos of police shootings that the world came to see the full extent of the problem. Now, international observers have recognized the state's use with impunity of “brutal, life-ending power” as a sign that our democracy is in trouble, she said.

The theme of this year's Duke commemoration is “From King to Kaepernick – Progress Through Protest.” Ifill praised the courage of Colin Kaepernick, the pro football player who “quietly took a knee” during the national anthem in protest of the treatment of African-Americans at the hands of police. She said many people believe Kaepernick, who became a lightning rod for critics, has been blackballed for his views.

“Americans can be so easily manipulated by race,” said Ifill, who made a connection with the Russian misinformation campaign and suggested it is a susceptibility that leaves us open to foreign interference in our elections. “It's a national security vulnerability,” she said. 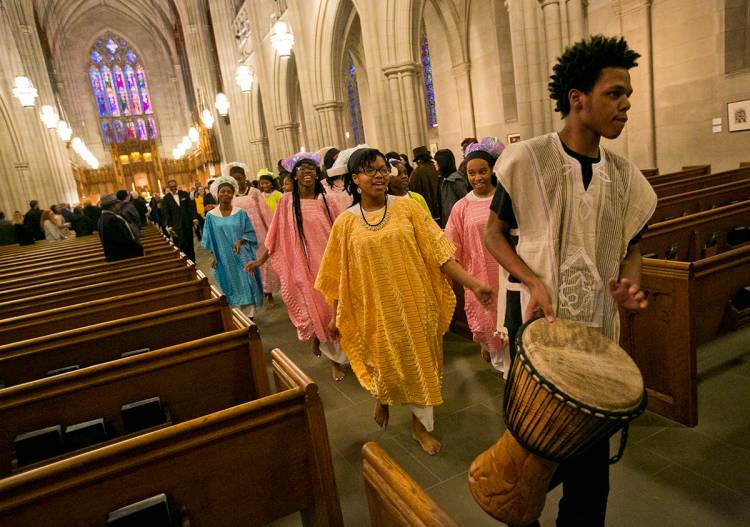 She said she hardly slept Thursday night after hearing of comments President Trump reportedly made during an immigration meeting with lawmakers at the White House. “It's awful to have to call out a president for racist remarks,” she said to strong applause.

She said she draws encouragement from Duke's commission on memory and the North Carolina Moral Monday movement, as well as the renewal of King's poor people's campaign being led by Rev. Dr. William J. Barber II, past president of the North Carolina NAACP, that she believes will have “an important part in transforming the nation.”

Duke President Vincent E. Price, in remarks opening the service, said the Duke community is working to reflect on its past and to build a more inclusive future, both through its commission on memory and history and its new research center to address disparities in health care. (Read his remarks here.) 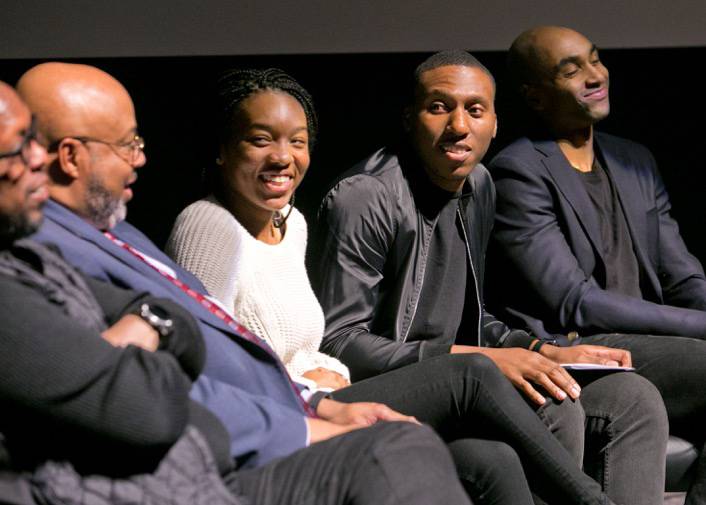 Durham Mayor Steve Schewel thanked Price for his decision to remove the damaged statue of Robert E. Lee from the entrance to the chapel. “Isn't it a compelling moment with this chapel itself a place of conscience,” he said.

Schewel described new initiatives in Durham to review monuments and street names in light of “the pain of slavery.” He said Durham citizens will show up “in great numbers” before the N.C. Historical Commission to propose any needed changes, while also thinking about what new monuments are called for.

Michael Ivory Jr., president of the Black Student Alliance and a Duke senior, offered opening greetings and later commented on keynote speaker Ifill's remarks as very apt in connecting King’s work in a long tradition of activism. “The best way to understand this day is to look for opportunities to combat injustice,” Ivory said.

Below, astronaut Mae Jamison reflects on King's legacy Tuesday as part of a Duke Health event for Duke's MLK commemoration.