As the Terry Sanford Professor of Public Policy and Professor of Political Science at Duke, Kelley has also been the school’s senior associate dean since 2014. On July 1, she will succeed Kelly Brownell, who is stepping down after five years as dean to lead the Sanford School’s new World Food Policy Center.

“Judith Kelley has distinguished herself as a scholar and a collaborative leader whose vision for education, discovery and service will continue the Sanford School’s momentum,” said Price.  “Her detailed knowledge of the Sanford School’s great strengths, and even greater opportunities for the future, will position Duke at the forefront of policy schools.”

“Judith Kelley has distinguished herself as a scholar and a collaborative leader whose vision for education, discovery and service will continue the Sanford School’s momentum. Her detailed knowledge of the Sanford School’s great strengths, and even greater opportunities for the future, will position Duke at the forefront of policy schools.”

Kelley came to Duke in 2002 as an assistant professor and subsequently directed the Sanford School’s honors program.  She is a member of the Bass Society of Fellows, which recognizes Duke faculty for excellence in both teaching and scholarship, and has received the Susan E. Tifft Undergraduate Teaching and Mentoring Award and the Brownell-Whetten Award for Diversity and Inclusion.  As senior associate dean, she has been responsible for faculty, research and other activities.

“I look forward to working with Judith as the next dean of the Sanford School,” said Kornbluth.  “Her commitment to excellence in teaching and scholarship sets a high standard, as does her eagerness to partner with other schools and centers. I am grateful to the search committee for their thoroughness and insights, and to Kelly Brownell for leading the school to this important point of transition.”

This year the school is celebrating the centennial birthday of Terry Sanford, whose “outrageous ambition” created what became the Sanford School, said Kelley. Sanford, who died in 1998, was a former governor of North Carolina, U.S. senator and president of Duke from 1970-85.

“His vision could not be more relevant to the times,” said Kelley. “I am grateful and honored for the opportunity to lead the school, and I am excited to work with my outstanding colleagues to educate the next generation of change makers, deliver relevant research and engage with the broad community of people concerned with policy.”

Kelley’s appointment comes after a national search chaired by Billy Pizer, Susan B. King Professor of Public Policy and associate dean for academic programs at the Sanford School, and conducted by a committee of faculty from across the university.

“Judith Kelley is a tireless, proven leader with deep knowledge of our school and its opportunities,” said Pizer.  “She’s also a recognized public policy scholar who relishes the multiple roles that our school serves. I’m confident she’ll do a great job as dean.”

A native of Denmark who has lived in Australia, Germany, Ireland and China, Kelley graduated from Stanford University and received M.P.P and Ph.D. degrees in public policy from Harvard University.  She is a renowned scholar of the role of international actors in promoting political and human rights reforms.  Her work focuses on how states, international organizations, and NGOs can promote domestic political reforms in problem states, and how international norms, laws and other governance tools influence state behavior. She is leading a major research project to study the effectiveness of the diplomacy of the United States in curbing human trafficking.

She is the author of numerous articles and monographs and three books, including “Monitoring Democracy: When International Election Observation Works and Why It Often Fails” (Princeton University Press, 2012), which received the Chadwick F. Alger Prize from the International Studies Association. Most recently, she wrote "Scorecard Diplomacy: Grading States to Influence Their Reputation and Behavior," (Cambridge University Press, 2017), which received an Albie Award as a top ten work on political economy in 2017.

Founded in 1971 as the Institute of Policy Sciences and Public Affairs, the Sanford School offers undergraduate, masters and doctoral degrees in public policy and international development policy to more than 700 students annually. It has a core faculty of 70 scholars and practitioners.  The Sanford School is home to a number of interdisciplinary programs, including, POLIS: The Center for Political Leadership, Innovation and Service, the Duke Center for International Development, the Duke Center for Child and Family Policy and the DeWitt Wallace Center for Media and Democracy, as well as research units focused on health policy, terrorism and security studies. 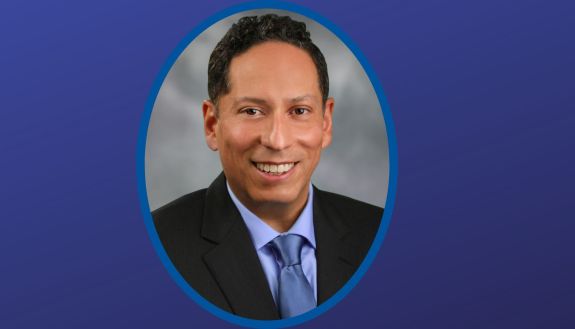