Tucked away on the lower level of Duke University Hospital, behind a door labeled “Clinical Engineering,” there are people working quietly on computers in a workspace that doesn’t look much different than many others in the sprawling complex.

But inside a storeroom, near a bank of large shelves, a strip of floor sits about a half-inch lower than the rest.

“This is where the track was,” said Chris Sutton, a zone maintenance mechanic for the research division.

A decade ago, this was the workshop for the Personal Rapid Transit (PRT), Duke’s futuristic-for-its-time rail system. For almost three decades, the PRT whisked patients, staff and visitors between the expanding hospital’s facilities at Duke South, Duke North and Parking Garage No. 2.

It was taken out of service in 2009 and most of it was demolished to make way for the Duke Cancer Center and Duke Medicine Pavilion. But with the right set of eyes, you can still see signs of the PRT’s existence, faint echoes of one of the quirkier parts of Duke’s past.

There are slight indentations in the wall in the T-level lobby where the doors of the PRT’s Duke North stop were. There’s a breezeway that runs underneath Duke Cancer Center that follows the path of the PRT.

And separated from busy hallways by discreet locked doors, the snaking tunnel that carried passengers from Duke North to Parking Garage No. 2 under Erwin Road sits empty and quiet.

“You can still see little things if you know what you’re looking for,” said Eric Brewer, senior electronics technician.

Brewer and Sutton are two of the seven current Duke employees who, at one point in their career, were tasked with looking after the PRT. On a campus that’s rapidly changing, they now help maintain its memory. 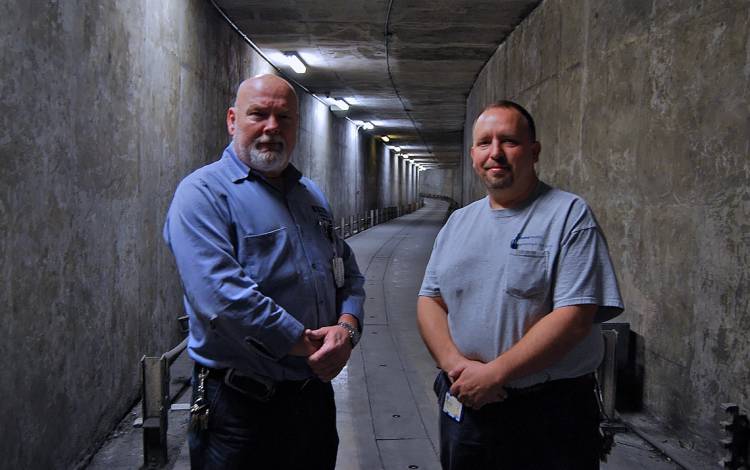 Riding on a cushion of air and propelled forward with the help of magnets, the PRT was a product of a time when the hospital had yet to fully grow into its ambition.

When the rail system was completed in 1979, the hospital consisted mainly of its original building, what is now Duke Clinic, and the still-under-construction Duke North. In between was a quarter mile of mostly open space that featured a steep hill and the railroad tracks that brought the West Campus Steam Plant its coal.

The PRT was deemed the most efficient way to quickly move people between the hospital’s two ends. But the small scale and unique challenges – such as the drawbridge that allowed coal cars to pass under the PRT track – meant that the Otis Elevator Company, which built it, had to create a custom design. 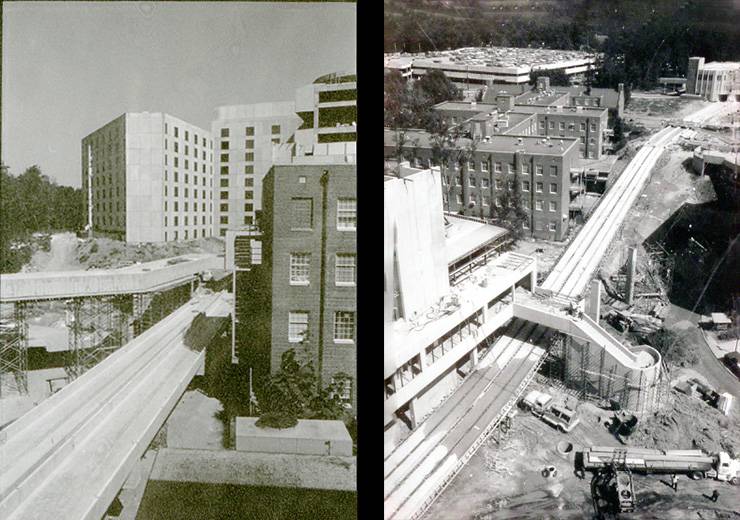 Two cars ran at a time and each held around 22 people comfortably. Traveling at roughly 25 miles per hour, the trip between Duke North and Duke South took around 90 seconds. The trip via tunnel from Duke North to Parking Garage No. 2 was even shorter.

The service was popular with the hospitals’ patients, staff and visitors, especially the youngest ones.

“On each end, it had one window where you could sit and look out onto the track,” said Tim Strayhorn, a building automations systems supervisor who worked on the PRT in its early days. “That’s where you’d find the kids. They’d all sit there so they could see where they were going.” 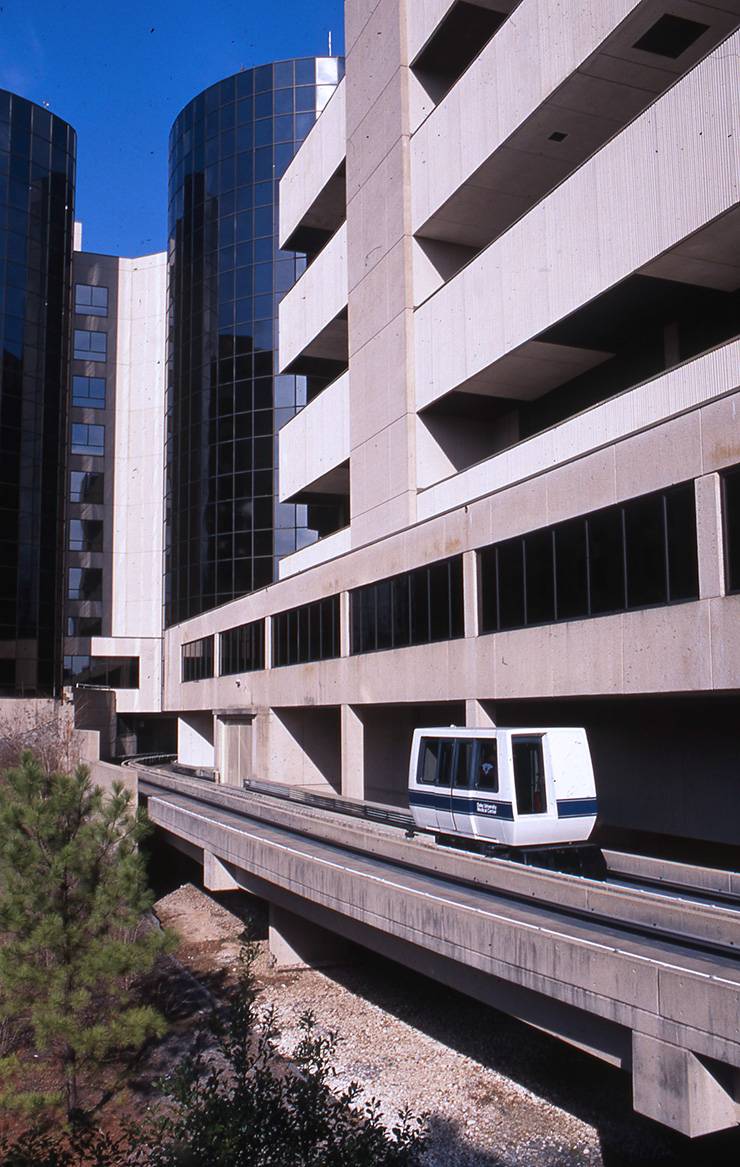 For the PRT’s 12-person maintenance crew, working on such a beloved piece of technology was a point of pride. But as the years went by, the challenge of keeping it running became greater.

With few similar systems in operation, there weren’t many people the PRT technicians could consult about sticky problems. Otis also phased out its involvement in systems like the PRT, so replacement parts were tough to find. Meanwhile, the custom nature of the PRT’s design meant the technology it ran on wasn’t able to adapt.

At a time when the first smartphones were hitting the market, fixing the PRT’s control systems still required soldering wires and microchips on circuit boards by hand.

“You can’t equate the PRT to anything,” said Kevin Brooks, who spent two decades working with the PRT. “It was homegrown. There was no other system like it.”

By the early 2000s, the system’s aging technology and the changing layout of the hospital rendered the PRT obsolete. Before beginning its slow phase-out in the fall of 2008, many of the members of the PRT crew had found positions elsewhere in the hospital.

Before long, the track between Duke North and Duke South was removed and built over. Now, many of the people that make up the steady stream of foot traffic on the hospital’s sleek, glass concourse – which roughly follows the path the PRT – are unaware that, not too long ago, that trip could have been made in seconds.

“The new people don’t have a clue the PRT existed,” said Michael Elks, assistant director of engineering and operations for Duke University Hospital, who arrived at Duke in 2001. “But the people that have been here a while still miss it.”

A Community That Writes Together