John Jeffries Martin is professor and chair of the Duke Department of History. This article originally appeared in The Hill. 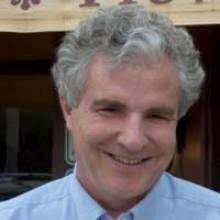 According to lore, on October 31, 1517, Martin Luther nailed his “Ninety-five Theses” to the door of the Castle Church in Wittenberg, Germany.  In doing so, he drew theological battle-lines that resulted in bloody, religious wars across Europe over the next 130 years.

But Luther’s influence went beyond the religious sphere, roiling the society of his day for good and ill. Driving Luther’s outsized influence was his use of the printing press, invented just a generation before his birth. Much as in our time, a radical new communication technology spurred democratization of thought. And it got messy.

In Luther’s time, the acceleration of the spread of ideas upended social and political hierarchies. That’s not unlike what social media and other new technologies are doing today. New forms of communication also always challenge traditional forms of intellectual authority. And in the short term, that can frankly make discourse downright uncivil.

Luther was no meek theologian. He indulged in fast-paced polemic, publishing frequently and quickly, responding almost immediately to his detractors. He published tracts and pamphlets ridiculing both the papacy and fellow Protestant theologians.

The volume of Luther’s works was as striking as their occasional viciousness. Luther published frequently and quickly, responding almost immediately to his detractors. Luther’s opponents often answered in kind, publishing tracts and treatises against him. Flugschriften – the German word for “pamphlets” – captures the new reality Luther was creating. A Flugschrift is a “text that flies.”

Luther’s publications alone accounted for nearly one in five of the works printed in Germany from 1500 to 1530. More than any other writer at the dawn of the modern age, Luther turned the new technology of print into a fast-paced medium of debate and dispute.

Luther helped democratize and accelerate the way we debate ideas. And, as in our time, the results were decidedly mixed. His religious teachings helped advance democracy, shifting the locus of authority away from the church to the individual believer. Meanwhile his political writings veered towards authoritarianism.

There was also money to be made from the new media of the time. Just as there are today, there were those in Luther’s time who were willing to make a profit off fake news and the coarsening of our discourse.

Democratization of thought is inherently disruptive. And when the doors to public debate swing open — as they did in Luther’s time and as they are again today — the conversation can quickly turn ugly.

Luther, who often sided with Germany’s princes and conservative forces, could be nasty, deliberately playing on the hatreds and prejudices of his readers.

When peasants embraced his teachings to justify rebellions in Germany in the 1520’s, Luther denounced them in his Against the Robbing Murdering Thieving Hordes of Peasants, a vitriolic text urging his readers to kill rebellious peasants as if they were “mad dogs.”

When Ottoman forces besieged Vienna in 1529, Luther published a scathing sermon branding the Ottomans as the modern-day Gog and Magog of the Bible. In his most disturbing work, On the Jews and their Lies, published in 1543, Luther drew on popular anti-Semitic tropes and called for synagogues and Jewish homes to be burned.

Yet Luther’s example, for all its mixed legacy, has something to teach us. 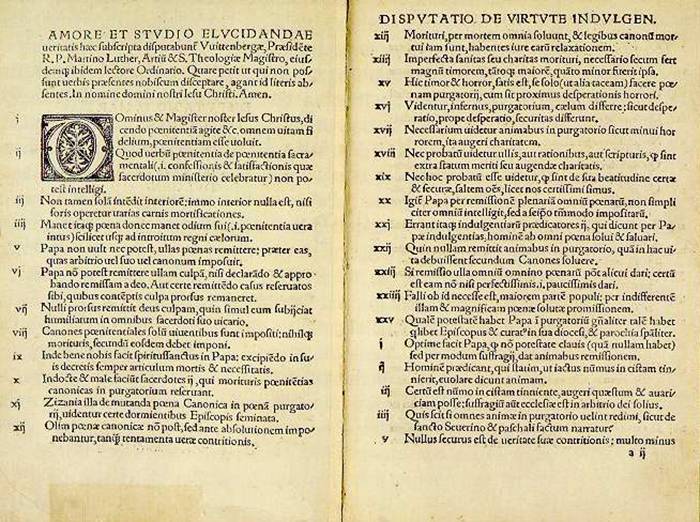 First, we should not be surprised that we are in the midst of a crisis of civility. As social hierarchies shift, so do the rules of what can and cannot be said. Luther used the new media of his day to unleash intolerant assaults on his perceived enemies, just as today’s new media is used to spread falsehoods and fire up popular hatreds. When our leaders blast out insults on Twitter, debasing our civic discourse and our culture, they echo Luther’s example of playing on the emotions and hatreds of his readers.

On the other hand, the printing press helped Luther reach a larger public than his medieval predecessors, just as Facebook, Twitter and other new platforms offer wider audiences today. And Luther’s story also makes it clear that the quality of our ideas matter. Despite Luther’s authoritarian tendencies and sometimes deplorable writings, the eventual emergence of democracy owed much to one of his central ideas: that an individual’s conscience matters.

Luther’s example also demonstrates the power of words — unleashed to broad publics — to take on the dominant political forces of the day. Later in life, Luther too often sided with Germany’s princes and conservative forces. Yet his early writings helped foster a more democratic culture, and his early actions remain a potent example of speaking truth to power. When called before the Emperor to renounce his religious teachings in 1521, less than four years after posting his famous theses, Luther refused, stating “I cannot and will not retract anything, since it is neither safe nor right to go against conscience.”

In our own transformative and disruptive Internet age, Luther’s early statement offers a clue to how to survive the noise of our new media revolution without sacrificing the democratic traditions and institutions we most value.

In the sixteenth century, the printing press became one of the great driving forces of history. Today, new communication technologies are already placing significant strains on our institutions.

Preserving democracy in the digital age will be no small challenge.

And Luther’s story makes it clear that the quality of our ideas matters, regardless of the medium. Despite Luther’s authoritarian tendencies, the eventual emergence of democracy owed much to one of his central ideas: that an individual’s conscience matters.

In the end, that important idea survived the chaotic media revolution of Luther’s time. That’s a contribution worth celebrating as we confront the unsettling upheavals of our own time. And in the midst of ever-shifting media, Luther’s central message — that individual conscience matters — bears repeating, five hundred years later.

Tell Us About Your Workplace Pet Faves