But the violence wasn’t as common in Bogota, the capital city where she lived.

A bomb ripped through an SUV one block from Montoya as she walked to the private university where she taught political science. Montoya was not injured, but the blast killed two people and injured dozens.

“I run to class, and try to calm down my students,” she recalls. “It was a traumatic experience. Even if we were used to a conflict, the uncertainty and feeling of insecurity is shocking.”

Life today is much more peaceful for Colombia and for Montoya, a third-year Ph.D. candidate in political science. The nation’s long-running conflict ended with a peace accord last year between the government and the guerillas.

That deal, and a program launched last year called DevLab@Duke, opened the door for Montoya to return to the country she grew up in and help bring back a lost sense of normalcy, especially to rural Colombians who suffered the most during the war.

Montoya is among more than a dozen Duke graduate students helping communities around the world improve their living conditions through DevLab@Duke.

The lab comprises an interdisciplinary group of 10 faculty and 14 to 18 Ph.D. students who meet every two weeks to review requests for proposals (RFP) they have received. The proposals come from major international development donors including USAID, the Department for International Development (DFID) and the World Bank.

The donors “develop RFPs in response to what they perceive to be the key developmental challenges in countries around the world,” says Erik Wibbels, Robert O. Keohane professor of political science and co-founder of the lab.

“The international development industry spends an enormous amount of money every year trying to improve the human condition in poor countries,” Wibbels says. “Most of those programs are not designed in a way that would allow us to know if they work. The goal of DevLab is to help international donors design more rigorous projects so that we can really learn what works.

“As a secondary benefit, it helps train Ph.D. students on how to do rigorous work and brings together faculty from econ, poli-sci and public policy who work on related issues.”

At their meetings, students brainstorm about potential evaluation strategies that are both rigorous and feasible, and identify research opportunities in line with the specific interests of lab members and the scope of the RFP, Wibbels says.

The lab was started to give graduate students hands-on experience that complements what they learn in the classroom about evaluating projects. This includes statistical tools and learning to recognize what particular method is most appropriate for a given setting or type of policy intervention, says economics professor Erica Field, a lab faculty member.

“Taking this toolbox to the field and designing an impact evaluation around a real-world policy intervention also requires an element of creativity that is difficult to teach in the classroom,” Field says. “For instance, how do we design a field experiment that is politically or socially feasible? How do we capture an outcome such as ‘beliefs’ or ‘well-being’ in a manner that is tractable, culturally appropriate and also simple enough to measure?

“How do we measure outcomes in the short run that provide some indication of the long-term effects or sustainability of a policy intervention?”

Montoya’s project that ended this past spring involved a performance evaluation of USAID’s land and rural development program, which helped Colombians regain ownership of land lost during the war and improve their access to the judiciary.

“The program helped me realize that as a scholar you can have an impact,” Montoya says. 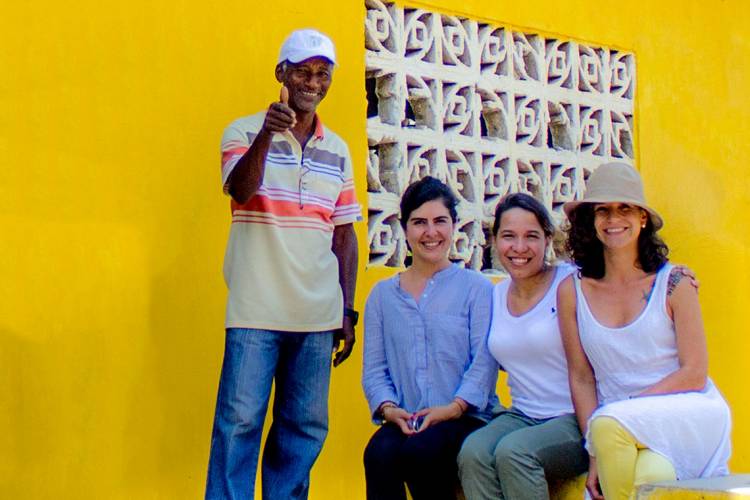 The DevLab had not yet started when Soomin Oh was looking at grad schools. But it would have been a huge factor in her decision to attend Duke, says Oh, who was born in Korea and raised in Indonesia.

“If I were a prospective Ph.D. student interested in development, I would definitely see DevLab as a big plus, since it offers you hands-on experience with the development projects that I am not sure many programs offer,” she says.

Oh, a fourth-year Ph.D. candidate in political science who is studying the political economy of development, spent time earlier this year working on a project to improve municipal governance in the West Bank.

The work involved creating surveys and training surveyors to assess a USAID program that helped 28 West Bank and Gaza municipalities improve development, community planning and participatory governance. She and her colleagues are writing a plan for evaluating the impact, Oh says.

Diego Romero, a Guatemala native and second-year Ph.D student in political science, is working on a joint project with RTI and Transparency International examining retail corruption in municipal public sectors in his home country.

“First, we intend to study how the social structure of a given locality influences the types and incidence of petty corruption, which is defined as informal payments or favors provided by citizens to frontline bureaucrats,” he says.

Another objective is to understand how distance to urban settings impacts both the incidence of corruption and citizens’ perception of government corruption.

In Ghana, Brett Gall has helped monitor and evaluate a USAID-Ghanaian government project aimed at testing ways to improve delivery of public services, quality of development projects, accountability of elected and unelected officials and local governance.

“I have helped design and program five different survey instruments that were administered to approximately 4,000 households, 1,250 elected officials and 1,250 unelected officials throughout Ghana,” says Gall, a third-year Ph.D. student in political science from St. Louis.

“Through my involvement in the evaluation and DevLab, I have gained considerable experience that has helped me in my independent research and has fostered ideas for future research.”

It is not only the students who benefit from the DevLab.

“First, I’ve had to make my academic thinking sufficiently clear such that it can be translated into an actual set of interventions in the world,” Wibbels says. “Second, I’ve been able to collect a huge amount of data, much more than I could have with standard social science funding from sources like the NSF.”

Plus, he adds, “I’ve developed relationship across public policy, economics and political science that I wouldn’t have had otherwise.”

Field says the lab will expand its number of faculty and students and the scope of evaluations it works on over the next few years.

“International development projects tend to touch on many different areas of expertise and academic interests, from social science to engineering and medicine,” she says, “so there is a lot of room to expand the program within the university.”

How to Answer ‘Tell Me About Yourself’

Hone your networking acumen with pointers from Duke colleagues