To most people, turbulence is a bumpy airplane ride. But to researchers like Alexander Kiselev, who joined the faculty at Duke University this year, turbulence is a centuries-old mathematical riddle.

Turbulence can be seen in everyday things such as the wisps of smoke from a cigarette, the ripples in the wake of a boat or eddies in a stream. You can hear it in the fierce howling winds of a hurricane and the whooshing sound of a heart murmur as blood flows roughly past the heart valves. 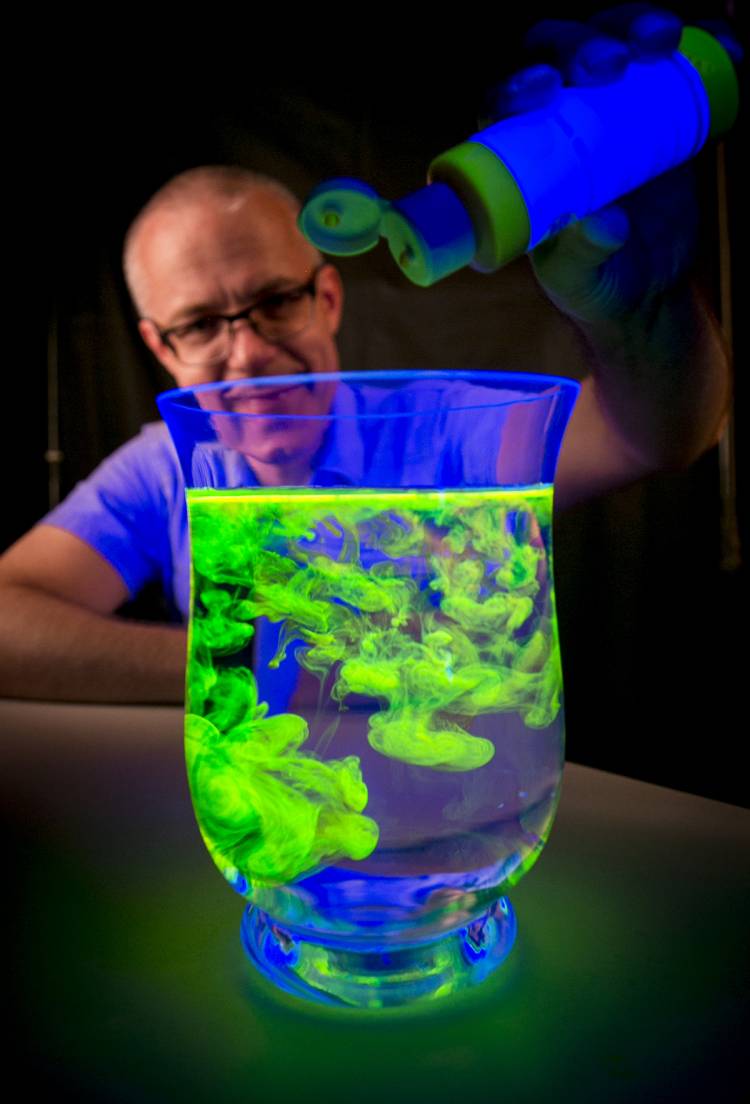 Researchers believe that all of these phenomena can be explained by better understanding classic equations in fluid dynamics known as the Euler and Navier-Stokes equations, which use the relationship between the velocity, pressure and density of a moving fluid to predict its flow.

Although these equations were originally derived in the mid-1700s and 1800s, they still aren’t completely understood.

High-speed computers give us approximate solutions, which are used nearly every day to model things like air flow over moving cars and aircraft to reduce drag, or to simulate the movement of ocean currents and air in the atmosphere to predict the weather.

But no one has ever solved the equations exactly, nor yet been able to fully understand how they work.

Mathematically speaking, one key question is whether solutions to the Euler and Navier-Stokes equations can spontaneously form singularities, which happens when velocity or some other quantity in the equation becomes infinite. If so, it would imply they break down under those conditions and may need adjusting.

Understanding whether singularities form is important because it “warns about the border beyond which our equation may no longer be valid as a model of the process we are studying,” Kiselev says.

Researchers have ruled out singularity formation for two dimensions; three dimensions is where things get tricky. The 3-D Navier-Stokes problem is considered so formidable that in 2000, the Clay Mathematics Institute announced it would offer a million dollar prize to anyone who could solve it.

Part of the difficulty lies in the fact that the equations are nonlocal and nonlinear, which means that seemingly insignificant changes in one variable can have huge long-term consequences.

That’s why long range weather forecasts are so unreliable, Kiselev says. Even tiny errors in measurement are magnified with time, rendering the results unpredictable.

More generally, Kiselev is trying to understand why intense fluid motion sometimes appears out of nowhere, such as airplane turbulence in a clear sky.

Kiselev and his colleague Vladimir Šverák at the University of Minnesota have constructed examples of solutions to the Euler equation that spontaneously produce intense fluid motion in a hypothetical two-dimensional universe. Now they’re studying models that may help to understand what happens in 3-D.

Kiselev received his undergraduate degree in physics from Saint Petersburg State University in Russia in 1992. With the collapse of the Soviet Union he left for the United States, earning a Ph.D. in quantum mechanics at the California Institute of Technology in 1996.

It was during his five years as a young assistant professor at Chicago, thanks to the influence of mathematician Peter Constantin, now at Princeton, that Kiselev first became interested in fluid mechanics. 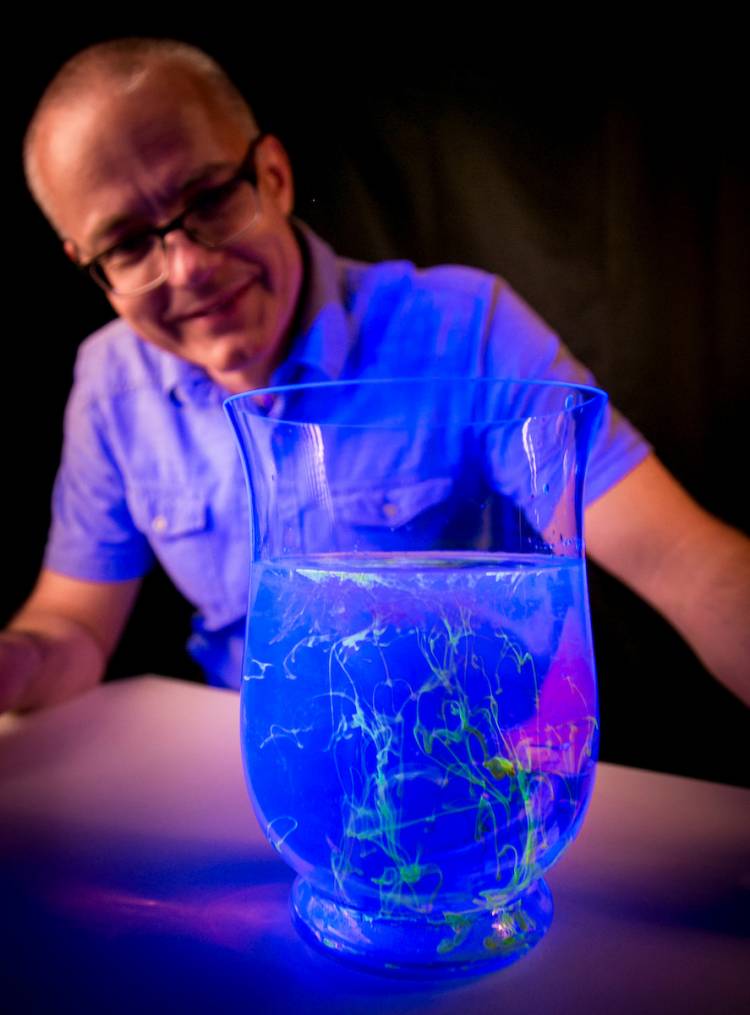 While there, he joined a team of mathematicians and astrophysicists who were studying nuclear explosions in stars, using his knowledge of fluid motion to model mixing in the swirling clouds of gas and dust that speed up the combustion process.

Numerous processes depend on churning liquids or gases to speed up reactions, from nuclear reactions in stars to combustion in car engines.

Imagine adding cream to coffee, Kiselev says. Even without stirring, the color gradually goes from black and white to a uniform milky brown. But the color lightens much faster if you swirl the coffee with a spoon.

Mixing in the ocean works much the same way, due to stirring generated by wind and waves.

In 2011 Kiselev began developing new models of broadcast spawning in coral reefs, where trillions of eggs and sperm are released into the surrounding water and then brought together by the mixing of the currents.

Existing mathematical models did not fully explain the corals’ high fertilization rates. In their efforts to solve the problem, Kiselev and colleague Lenya Ryzhik of Stanford University developed a model of coral spawning that included a form of chemical attraction called chemotaxis, whereby sperm find eggs much faster by tracking their scent.

For his research Kiselev was awarded a Guggenheim Fellowship in 2012. He also won a Sloan Research Fellowship in 2001 and a National Science Foundation CAREER award in 2002, among other honors.

Kiselev has authored more than 60 scholarly papers and been invited to present his research at dozens of workshops and seminars, including the upcoming International Congress of Mathematicians 2018 in Rio de Janeiro.

He used to practice martial arts, but he says his three children take up most of his spare time now. “When we go to the lake they ask me to throw them in. That’s my strength conditioning,” Kiselev says.

Kiselev and his family live in Chapel Hill.