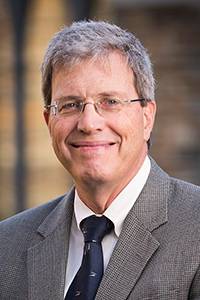 Since 1998, Mark Chaves has led a massive effort to gather data on American religious practices and preferences to pinpoint trends in how Americans worship, among other things.

Chaves, a professor of sociology, religious studies, and divinity at Duke, has shepherded three waves of the National Congregations Study so far, surveying a nationally representative sample of congregations across the religious spectrum. Roughly 1,200 leaders of synagogues, churches, mosques and Hindu temples are interviewed for the survey.

Where does this interest in religious trends and practices come from?

I grew up in Queens in New York City, and my father was a Presbyterian minister. I grew up in the church and was always interested in how it worked and how it connected to communities and made a difference in communities. Because of a public school teacher strike, my siblings and I ended up at a Missouri Synod Lutheran school that was much more theologically conservative than my family was. So I went to school and learned about things like creationism and literal interpretation of the Bible, and then I’d come home and my father would say ‘we don’t believe that.’

What I'm Working On is an occasional series of conversations with Duke faculty members exploring their current areas of scholarship.

So that showed me there were important differences even within the same religion.

I later went to Dartmouth College, where I had two experiences simultaneously. I was a research assistant to a psychology professor. Dartmouth had a lot of off-campus experiences and we evaluated how those programs affected students . That was my first exposure to social science.

At the same time, I took a sociology of religion course in the religion department and realized ‘Wow, someone could study religion and its influence on people in the same way we were studying off-campus programs.’ That was a real lightbulb experience for me, to put those two things together.

So what are you working on now?

We’re doing wave 4 of the National Congregations Study. We received a large grant from the Lilly Endowment to do it again, and we’ll be collecting the data next year. Right now we’re putting together the questionnaire.

What do you ask?

About two-thirds is repeating previous questions because a lot of the value in this project is tracking trends, which means we have to ask the same questions again. But there are new questions each time, things we didn’t explore before. For example, we’ll ask questions that speak to current events. Have congregations decided to be sanctuaries for immigrants? How many sponsor refugees? If they haven’t done these things, have they talked about it? And, following up on Trump administration’s intention to do away with the Johnson Amendment, which prevents churches from endorsing politicians, we’ll ask whether they would actually want to do that if they could. 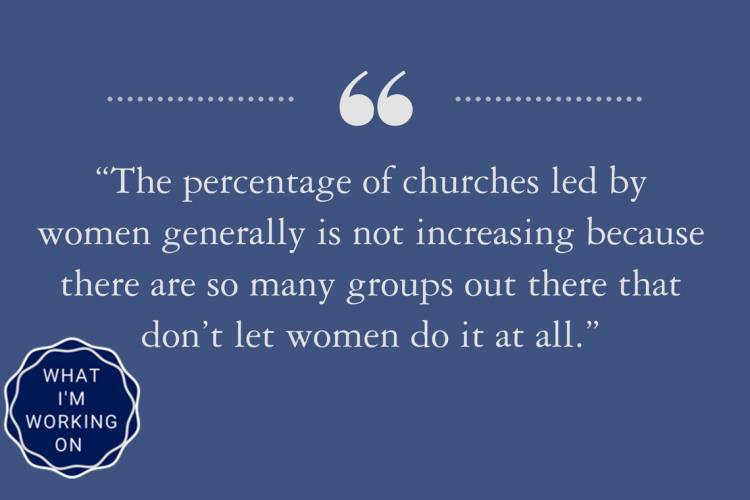 Those are pretty meaty, weighty issues. Is it your assumption going into this that a lot of congregations are actively dealing with these issues.

Yes.  A lot of congregations are having conversations about refugee and immigrant issues. In our pretests of the new questionnaire, a common response we heard was that, even if congregations haven't decided to sponsor refugees or declare themselves sanctuaries for immigrants, many said they were talking about it.

Do church leaders have any reluctance about addressing questions like those?

Sometimes, but mainly not.  On the subject of endorsing candidates, for example, we’ll ask whether they’ve ever endorsed a candidate, and if they say no, which the vast majority will, we’ll ask ‘do you think you’d want to if you wouldn’t be putting your tax status at risk.’ And that’s really the interesting piece because the effort to do away with the Johnson Amendment assumes that many congregations want to endorse political candidates if only they could. My hunch is that very few congregations actually want to endorse candidates, but we don’t know because nobody has ever asked this on a national survey. Clearly, some do and are provocative about it, but that’s rare. So the question is, how much political endorsement would be happening if not for the current tax rules about it?

That should get a lot of attention, though we won’t have results until 2019.

What results in previous surveys have surprised you?

One thing I’m surprised about is how few congregations are led by women, even today. And it doesn’t appear to be increasing, even from 1998. The first time I saw the data that showed no increase, I thought it must be wrong. But it wasn’t wrong. The percentage of churches led by women generally is not increasing because there are so many groups out there that don’t let women do it at all. So increases within the groups that do ordain women is a small enough number that it doesn’t move the national needle.

In 2012, I also was surprised by how big an increase there was in acceptance of gays and lesbians, not just as members but also as lay leaders of congregations. The acceptance level was of course uneven across religious groups, but there was a noticeable increase overall.

Also, the declining presence of choirs in congregations was something that I didn’t expect and that received a fair amount of attention.

Do you ever ask church leaders for ideas for survey questions?

Yes, we do. Part of the process of developing the questionnaire is that we seek input from clergy and religious leaders, both through the pretest process and also through an email request sent out to clergy and others who are on the NCS listserve. We received a lot of good suggestions that way.

Is there a question or theme you’re hearing now they think you should ask about?

There’s a lot of interest in church size. We would ask about that anyway, of course. But things like what leads to congregation growth or decline. You can understand how church leaders are interested in growing and not losing momentum. They are interested in how to grow and hang on to their young people. So we’ve asked some questions in response to that about programming for youth. Do you have a youth minister? Is that person paid? Things like that.