Students choose their courses for a variety of reasons: requirements to graduate, interest in a topic, an easy grade.

A New Era of Politics?

“For me very little has changed. The fundamental function of the executive and legislative branches has been set up as adversarial. That it is more adversarial now with both branches under Republican control is somewhat unique.”

So it is with Matt Mervis, an undeclared sophomore who enrolled this fall in the undergraduate political science course, “Congress and President.”

“I am interested in this course because I like to keep up with current events involving our government, largely including President Trump's Twitter rants and the possibly looming war between the U.S. and North Korea,” says Mervis, who plans to major in political science. “I took a U.S. government class in high school and saw this course as a fitting continuation of that topic.”

The unconventional presidency that is the Trump administration has given political scientists acres of new ground to plow. One of the more immediate impacts is that students such as Mervis are more interested in American politics, says Michelle Whyman, a political science professor who first taught the course in fall 2016 and is teaching it again this fall.

“The only thing that really changed in how I taught the course was actually having an election season that students were that tuned in to,” she says. “Because of a lot of the drama surrounding the election, it provided some interesting opportunities to get them more involved in understanding the electoral college process, elections in general and strategies presidents have historically employed to get elected.”

One of the main goals of “Congress and President” is to give students a solid understanding of how the United States’ system of checks and balances works, especially between the legislative and executive branches.

“For me very little has changed,” Whyman says of this system since Trump took office. “The fundamental function of the executive and legislative branches has been set up as adversarial. That it is more adversarial now with both branches under Republican control is somewhat unique.”

So is Trump’s transparent communicating via Twitter, though not to students.

“They’re familiar with Twitter and Facebook. That a president uses them is not that surprising to them,” Whyman says. “But the tone and tenor of the content of some of those messages are somewhat surprising.”

David Rohde, a political scientist now in his 50th year of teaching the subject, taught “Congress and President” from the time he arrived at Duke in 2005 until 2015. 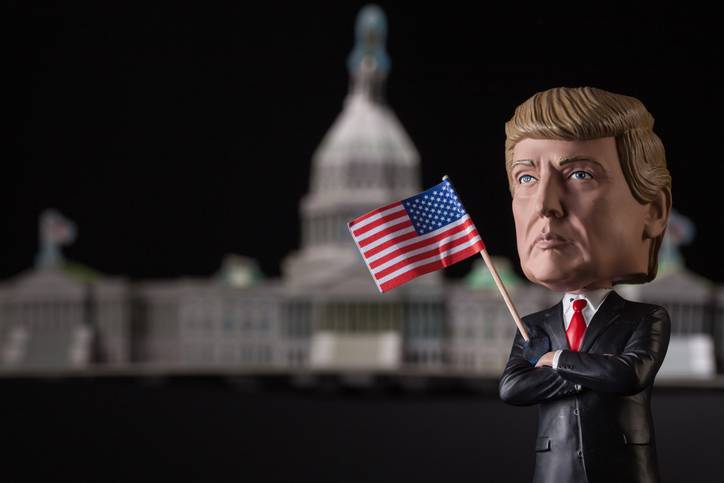 “I teach about American Politics from a theoretical point of view, so that approach is resilient enough to deal with the myriad variations we have encountered over my career,” Rohde says. “In particular, I recognize that political actors have a wide range of motives and perceptions that shape their choices. Trump is, however, certainly the most unusual actor I have dealt with.”

“I think that both presidents -- although, again, this is much more extreme in Trump’s case -- lacked understanding of and respect for the way the Congress does business. Also, both had a low opinion of the people in the legislative branch.”

Public policy professor Bruce Jentleson has worked for Democratic politicians, including Barack Obama and Al Gore. But in his more than 30 years of teaching, the Sanford School professor says he’s tried not to let that influence his approach – even in the fertile Trump era.

“Given that my courses deal with American foreign policy and contemporary international affairs broadly, I’ve always tried to bring current events into the classroom. I try to do so in ways that don’t just go over the same ground students get watching the news or online,” Jentleson says.

He adds: “Our value-added is to help them see how concepts, theories and history we work on in class can help them get a deeper understanding of things current.”

“We identify factors such as deliberative style, openness to a range of options and avoiding impetuous action as the difference between effective and ineffective presidential decisions,” he says. “They provide a telling template for analyzing how Trump handles key foreign policy decisions.”

And how has he handled such decisions?

“While other presidents have had their differences with America’s allies, no other president has precipitated so many disputes with so many allies so quickly,” Jentleson says. “Of course, our own interests have to be any president’s top priority. But Trump’s America First has been in-your-face to much of the world.”

Living While Black: Raw Discussions on Race at Duke and in America