DURHAM, N.C. -- A sound night’s sleep grows more elusive as people get older. But what some call insomnia may actually be an age-old survival mechanism, researchers report.

A study of modern hunter-gatherers in Tanzania finds that, for people who live in groups, differences in sleep patterns commonly associated with age help ensure that at least one person is awake at all times.

The research suggests that mismatched sleep schedules and restless nights may be an evolutionary leftover from a time many, many years ago, when a lion lurking in the shadows might try to eat you at 2 a.m.

“The idea that there’s a benefit to living with grandparents has been around for a while, but this study extends that idea to vigilance during nighttime sleep,” said study co-author David Samson, who was a postdoctoral fellow at Duke University at the time of the study.

The Hadza people of northern Tanzania live by hunting and gathering their food, following the rhythms of day and night just as humans did for hundreds of thousands of years before people started growing crops and herding livestock. 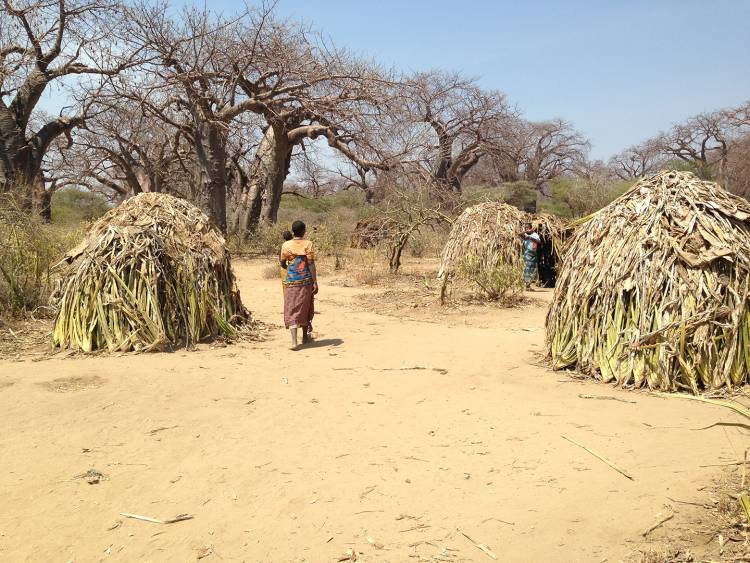 The Hadza live and sleep in groups of 20 to 30 people. During the day, men and women go their separate ways to forage for tubers, berries, honey and meat in the savanna woodlands near Tanzania’s Lake Eyasi and surrounding areas. Then each night they reunite in the same place, where young and old alike sleep outside next to their hearth, or together in huts made of woven grass and branches.

“They are as modern as you and me. But they do tell an important part of the human evolutionary story because they live a lifestyle that is the most similar to our hunting and gathering past,” said co-author Alyssa Crittenden, associate professor of anthropology at the University of Nevada, Las Vegas.

“They sleep on the ground, and have no synthetic lighting or controlled climate -- traits that characterized the ancestral sleeping environment for early humans,” Crittenden said.

As part of the study, 33 healthy men and women aged 20 to 60 agreed to wear a small watch-like device on their wrists for 20 days, that recorded their nighttime movements from one minute to the next.

Hadza sleep patterns were rarely in sync, the researchers found. On average, the participants went to bed shortly after 10 p.m. and woke up around 7 a.m. But some tended to retire as early as 8:00 p.m. and wake up by 6 a.m., while others stayed up past 11 p.m. and snoozed until after 8 a.m.

In between, they roused from slumber several times during the night, tossing and turning or getting up to smoke, tend to a crying baby, or relieve themselves before nodding off again.

As a result, moments when everyone was out cold at once were rare. Out of more than 220 total hours of observation, the researchers were surprised to find only 18 minutes when all adults were sound asleep simultaneously. On average, more than a third of the group was alert, or dozing very lightly, at any given time.

“And that’s just out of the healthy adults; it doesn’t include children, or people who were injured or sick,” said Samson, now an assistant professor of anthropology at the University of Toronto, Mississauga.

Yet the participants didn’t complain of sleep problems, Samson said. 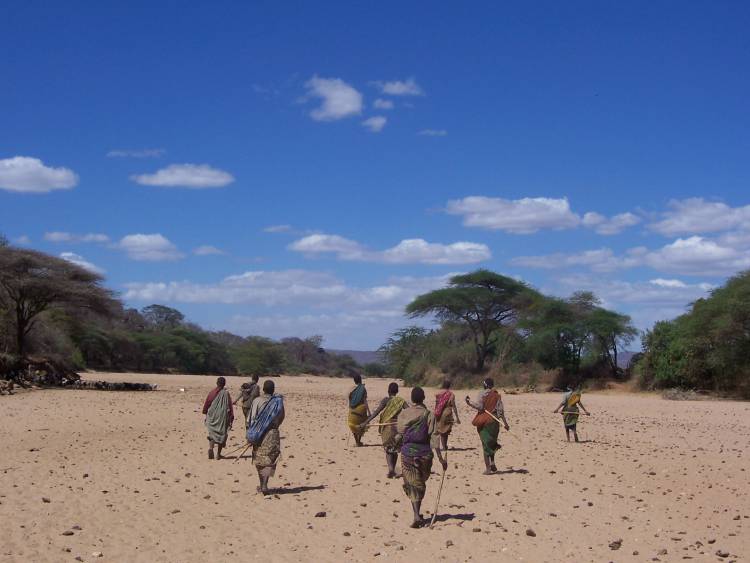 The findings may help explain why Hadza generally don’t post sentinels to keep watch throughout the night -- they don’t need to, the researchers say. Their natural variation in sleep patterns, coupled with light or restless sleep in older adults, is enough to ensure that at least one person is on guard at all times.

“If you’re in a lighter stage of sleep you’d be more attuned to any kind of threat in the environment,” said co-author Charlie Nunn, professor of evolutionary anthropology at Duke.

Previous studies have found similar patterns in birds, mice and other animals, but this is the first time the phenomenon has been tested in humans, Samson said.

The researchers found that the misaligned sleep schedules were a byproduct of changing sleep patterns common with age.

They call their theory the “poorly sleeping grandparent hypothesis.” The basic idea is that, for much of human history, living and sleeping in mixed-age groups of people with different sleep habits helped our ancestors keep a watchful eye and make it through the night.

The researchers hope the findings will shift our understanding of age-related sleep disorders.

“A lot of older people go to doctors complaining that they wake up early and can’t get back to sleep,” Nunn said. “But maybe there’s nothing wrong with them. Maybe some of the medical issues we have today could be explained not as disorders, but as a relic of an evolutionary past in which they were beneficial,” said Nunn, who also directs Triangle Center for Evolutionary Medicine, or TriCEM.

The study appeared July 12, 2017, in Proceedings of the Royal Society B. Other authors include Ibrahim Mabulla and Audax Mabulla of the University of Dar es Salaam.

This research was supported by a grant from National Geographic (9665-15). 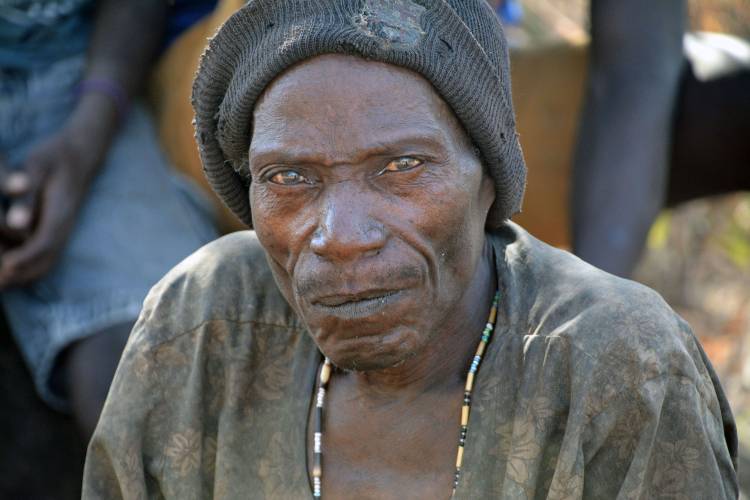 Staff and faculty receive 15 percent off all shows