Hometown: Mexico City, Mexico
Double Major: History, Public Policy
Clubs/Organizations: Alice M. Baldwin Scholars, The Hart Leadership Program, Students of the World, Desarolla, intern at Inter-American Dialogue in Washington, D.C.
What Duke has meant: At Duke I not only found my passions, but Duke gave me the support and the resources to pursue them. I am especially grateful to Duke for creating spaces for students to become close to faculty who always pushed me to follow my dreams and to think outside of the box.

During the summer after her freshman year, Mexico City-native and Baldwin Scholar Mariana Calvo participated in DukeEngage: Tucson, working as a volunteer during the immigration crisis of 2014. Fluent in Spanish, she translated for Central-American families who were recently released from short-term detention, helping them understand what to expect through the immigration court process. Since all of the migrants were released by Border Patrol at the local bus station, Mariana helped coordinate hundreds of volunteers to bring in food and water. Being at the bus depot provided an opportunity to interview the migrants and document their poor treatment, which led to the publication of a human rights report, “Deprivation Not Deterrence.” 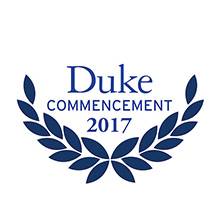 Mariana was so inspired that the following summer she traveled on her own to Guatemala to learn more about the causes of migration. She interviewed 33 people, including a human smuggler and a former guerrilla. Mariana combined these interviews with colorful photographs from her travels into a moving multimedia website called “Glimpses of Guatemala.”

Mariana was awarded the Schiff Humanities Fellowship/Susan Tifft Undergraduate Grant, and used the funding to interview Guatemalan immigrants living in the US. She recently completed her senior honors thesis, “Coffee and Civil War: The Cash Crop That Built the Foundations for the Mass Slaughter of Mayans During the Guatemalan Civil War.”

Last semester, Mariana was one of two undergraduates who received the RIPP Fellowship, which is a grant from Duke to complete a faculty-advised documentary project on social issues. Working with historian Timothy B. Tyson, she researched Latino and African-American relations in historically black communities in Durham.  Mariana was recently awarded the Benenson Award in the Arts to do a multimedia project titled, “Cocaine: How the Movement of a Drug Moved Millions,” and will travel to Medellin, Colombia, to document how the cocaine trade displaced millions of Colombians. “Mariana is a skilled storyteller and has the power to change perceptions through her words and photographs,” said Colleen Scott, director of the Baldwin Scholars Program.