They have taught large, introductory classes and small seminars, revised departmental curriculums, created popular MOOCs, opened educational opportunities for hundreds of girls and, in a manner of speaking, “rewritten history.” They are the Duke faculty honored recently at the Trinity College Teaching, Advising, Diversity and Leadership Awards.

The annual ceremony honors faculty nominated by their peers for excellence and innovation in the classroom, in advising and mentoring students and faculty, and in providing leadership on projects central to the university’s educational mission.  One award, given by the Duke Alumni Association, is selected by students.

Excellence in Advising and Leadership

The Award for Excellence in Advising, first presented in 2014, honors faculty and staff advisers who have helped guide undergraduates in the first two years here. The award went to Catherine Admay, a lecturer in the Sanford School of Public Policy, and Sue Wasiolek, Duke’s long-time associate vice president for student affairs. Admay’s students praised her for being supportive but also for challenging them to describe why they were choosing their paths. Wasiolek’s nominators highlighted her caring nature and willingness to take the time to get to know students. 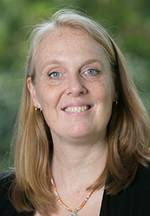 Students generally struggle in introductory chemistry courses, and many fall by the wayside.  Dorian Canelas, instructor for the “Introduction to Chemistry and Chemical Problem Solving” class, has changed the standard narrative of what an introductory chem class is supposed to be, department chair Stephen Craig said.

“The students are very bright and highly motivated students who come from a high school background in which they have not been challenged to develop the type of problem-solving skills required to succeed in the sciences at Duke, and/or did not have an adequate chemistry background to compete with their peers,” Craig said. “Dori has implemented a course design that has proven to be very successful and appreciated by her students, and as a result she has fundamentally changed the persistence and success landscape for close to 100 students a year.”

The course has been so successful that Canelas, an assistant professor of the practice, has turned it into a popular Massive Open Online Course – or MOOC - on Coursera, the online education platform that Duke partners with. Craig said this work has made her a national expert and a mentor to other Duke faculty interested in advice on MOOCs, flipped classrooms and technology in the classroom.

And students love her, Craig said. To emphasize the point, he repeated it three times in his nomination letter.

“Even while being rigorous about pedagogy and continually pushing the envelope, her course evaluations are consistently high, and we see in enrollments that students have pegged her sections as among our most desirable options when multiple sections of a given course are offered,” he said. 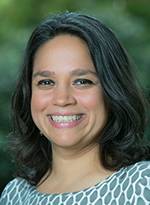 If you see a stream of students lining up in the East Duke Building on East Campus, odds are it’s for office hours for Jessica Namakkal.

Her classes, Baker said, are notable not just for the level of complexity and high evaluations she receives from students, but for way she makes herself available to the students outside of the classroom, hence the long lines at her office hours.

“What impresses me most is how engaged, dialed in, and focused Dr. Namakkal is with each student,” Baker said. “I am sure each student feels like the most important student in her class. Empathetic and understanding, inspirational and motivational, she is also firm and no-nonsense.”

Her interdisciplinary classes connect a range of fields from literary criticism, visual studies, anthropology and supply chain economics. It covers a lot, but several students said her classes have been a highlight of their experience at Duke. Namakkal, said one student, always made “me feel exceptionally welcome and competent in a class where I could have easily begun to feel like drowning."

She also involves students in high-profile projects such as a collaboration with more than 500 students across the country and formerly incarcerated individuals from 20 cities to launch States of Incarceration, the first national traveling multi-media exhibition and to explore mass incarceration in the United States. 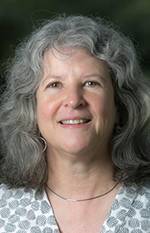 Kathi Weeks is one of the not-so secret weapons in attracting students to department courses. In fact, says Professor Ranjana Khanna, Weeks is probably “the main draw for students to consider majoring in the department.

“My guess is that, if tracked, we would probably find that all students who took a course with Professor Weeks would then go on to take more courses in the program,” Khanna said.

“Students praise her for the organization and pacing of her courses as well as her ability to explain difficult concepts and to walk them through difficult texts,” Khanna added. “They also appreciate her ability to make connections between the theoretical issues in the course and the problems they face in their own lives. Even the more critical comments of students suggest their engagement in the courses.”

In the classroom, most of Weeks’ classes bring new perspectives on key texts of the Western tradition of political theory, including Plato, Hobbes and Locke, and making them relevant to feminist scholarship.

Weeks also has made her mark in the administrative side of the curriculum, devising nine new undergraduate courses that have helped Gender, Sexuality and Feminist Studies stay fresh and exciting to students while remaining rooted in the fundamentals of the field. 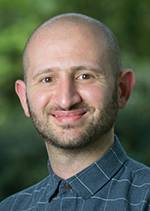 What’s not to love about a class that has students engaging big social questions while watching the films of Alfred Hitchcock? Or “Meet Me in St. Louis?” Taking the class with Markos Hadjioannou makes it even better, students say.

Since coming to Duke in 2011, Hadjioannou has added a series of film study courses that cover Hollywood, European, and Asian cinemas but also film philosophy, film theory, and the ramifications of cinema’s transition from the celluloid to the digital age.

Also acclaimed for his film studies scholarship, Hadjioannou is accessible to students and adapts each class to the specific learning interests and abilities of the students, colleagues said. “The erudition and accessibility of his teaching style are, I believe, the reasons why he is such an attractive instructor, drawing students from engineering and the sciences as well as from the social sciences and the humanities,” said Rey Chow, literature program director.

Colleagues also praised him for his collaboration on a number of team-taught courses in the department. Working with him in a class and seeing his energy, they said, is inspiring.

“Observing the unique mixture of rigorousness, wit and encouragement he showed for every student in our class, I learned not only the technical ins and outs of what it takes to teach, but also the passion and dedication it takes to push students to develop and grow as thinkers and individuals,” said a Ph.D. student who served as a teaching assistant with Hadjioannou.

As with other award winners, students often return to his classes. “His dedication to teaching and to instilling the concepts of film theory in his students left me motivated to continue my studies in the arts,” said one student. “To this day I have a greater appreciation for film.” 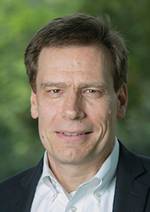 Winner of the only university teaching award selected by undergraduates, economist Thomas Nechyba teaches both seminars and large introductory gateway courses. In all, students say, he makes them aware of his “undying commitment to his students.”

“It is apparent that for all of his hundreds of citations, publications in the literature, and appearances before signature conferences on the ever-evolving field of microeconomics, Dr. Nechyba's students remain #1, and that is simply invaluable for any professor to possess,” said one student in nominating him.

After joining the Duke economics faculty in 1999, he established a new unit within the department focused on the undergraduate program: EcoTeach. He then worked to appoint a new corps of dedicated faculty, promoted the intellectual rationale for a new core curriculum, and designed the pedagogical means to achieve it. 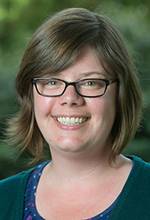 Disease transmission is an unusual focus for a writing course, but Miranda Welsh makes it work for students.

Her Writing 101 class -- the foundational writing course for all first-year students – is called “The Ecology of Disease,” and in it Welsh has students ask why some diseases are lethal and why some cause epidemics while others are rare?

The class builds on Welsh’s background in biology – she received a Ph.D. in 2016 and studies the physiological, community, and disease ecology of pathogens and their hosts. That research makes for a writing class that challenges and interests students, colleagues said.

“Miranda draws on her own background in biology and her own research interests in pathogen transmission, infection, and impact, to craft a course that draws in students with multiple backgrounds and disciplinary interests,” said Clare Woods, professor of classical studies and director of the Thompson Writing Program.

“Students get to engage with her own research, which is exciting for them - and Miranda is highly successful in inviting students in to her own discipline's epistemology - but students also get to be part of a classroom dynamic that encourages co-creation of knowledge and ideas.” 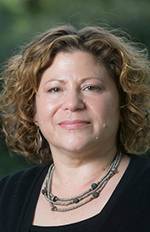 A decade ago, Sherryl Broverman was working with a university in Kenya to develop the first mandatory HIV/AIDS class, and during her work there, she began to realize how young women in Muhuru Bay were affected by arranged marriages, the AIDS crisis, and lack of educational support.

Her solution was to work with Kenyans to create WISER, a non-governmental organization that offers a secondary school for impoverished girls and AIDS orphans in Muhuru Bay, Kenya.

The results have been enormous. The program, which regularly hosts Duke students and researchers, provides afterschool programs for girls, both to improve their retention but also to raise awareness of HIV transmission and other social issues they face there. The program partners with companies like Johnson & Johnson to provide basic necessities like hygiene pads. They work with other non-profits to grow small gardens at school, both to improve nutrition but also to teach girls how to diversify plantings and increase crop yields at home. They work with local churches to create HIV prevention programs in partnership with the students' families.

According to colleagues in biology, the program has promoted diversity by challenging Duke students to work and find ways to solve deep rooted social problems and by improving access of female students to education and STEM education in particular.

It’s the second university award for Broverman in two years.  Her work with WISER has also cited when she received the university’ Algernon Sydney Sullivan Award last year for humanitarian service.