DURHAM, N.C. -- If you're a medical student, obtaining a human cadaver for learning anatomy or practicing surgical techniques is relatively easy. Thousands of people donate their bodies to science each year.

But if you study and care for endangered primates, it’s a different story.

Almost all of the roughly 100 species of lemurs are facing extinction in the wild due to logging, mining, hunting and slash-and-burn agriculture. Which is why, when an animal at the Duke Lemur Center dies from illness, injury or old age, a licensed veterinarian performs a postmortem exam within 24 hours of death, organs are removed, and tissue samples are collected so that other researchers can make use of them.

Cadavers of each species are stored in freezers or preserved in formalin -- not for ghoulish curiosity, but so that years from now their bodies could be still be used for research and education.

And though these animals are gone, their bodies are now being preserved for present and future generations with help from an X-ray imaging technique called micro-computed tomography (microCT).

Soon, anyone will be able to go online to MorphoSource.org and get 3-D views of the internal anatomy of dozens of lemurs and other rare and endangered prosimian primates, in micrometer detail, without disturbing the original specimens.

“Even when they've passed, these animals continue to contribute valuable scientific data,” said former Duke graduate student Gabe Yapuncich, who has been leading the effort to scan the specimens with Duke assistant professor Doug Boyer.

Yapuncich got the idea for the project while earning his doctorate in evolutionary anthropology. He was scanning the skeletal remains of present-day primates to see if certain foot bone measurements could help to reconstruct how much their extinct relatives might have weighed.

Researchers can learn about many aspects of primate biology from fossils, but most fossil specimens consist of isolated teeth or fragments of bones. Complete or even partial skeletons are rare.

“It seemed like a waste just to scan the foot and send it back,” Yapuncich said. “Once I had a specimen on loan, I tended to scan the whole thing.”

Virtual Dissection: No Scalpel, No Forceps

Yapuncich demonstrated how the technology works at Duke’s Shared Materials Instrumentation Facility. On the ground floor of the Fitzpatrick Building stands a giant lead-lined box, installed in 2013 with startup funds from Boyer, which looks like an airport security scanner.

Inside, a Styrofoam cooler filled with dry ice contains the frozen remains of Beauty, a female bamboo lemur that died in 1985.

The microCT scanner blasts a cone-shaped beam of X-rays at the cooler as it spins slowly on a rotating platform. The X-rays that pass through Beauty’s body hit a detector on the back wall, which records a snapshot.

The scanner takes thousands of snapshots for each full rotation. The data are sent to a computer, which uses the images to reconstruct two-dimensional cross sections of Beauty’s insides, and these are stacked like slices of bread into a 3-D model.

Yapuncich peers at the result on a nearby computer screen. It’s a 3-D close-up of Beauty’s head built from 1,900 cross-sectional images.

With the click of a mouse, he digitally dissects away Beauty’s fur, skin and soft tissue to reveal the skeleton underneath in stunning, three-dimensional detail. He can also look at any 2-D slice to see internal structures in cross section. 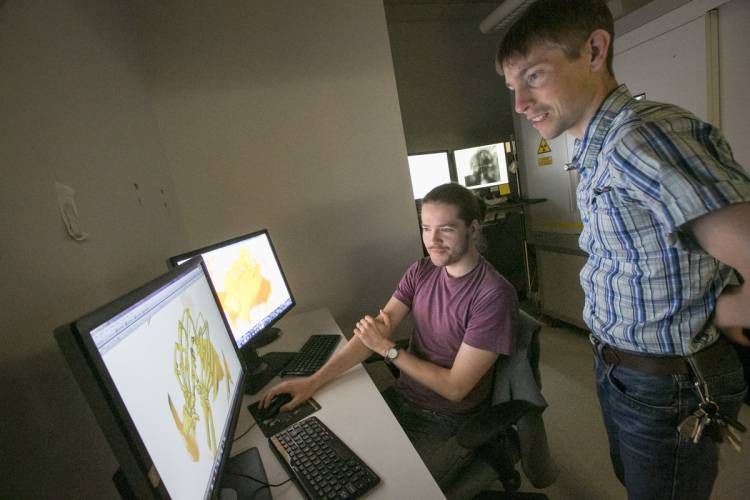 The Duke Lemur Center is committed to studying lemurs without harming them. Imaging cadavers makes it possible to perform “virtual” dissections that would never be allowed on living animals.

With standard microCT researchers can visualize hard tissues such as bones and teeth, but by using special iodine-based stains, they can also see soft tissues such as muscles, nerves and blood vessels in the deceased animals.

Yapuncich has scanned the remains of more than 100 animals so far. A fat-tailed dwarf lemur named Jonas is one of them. When he died in 2015 at age 29, suffering from cataracts and other signs of age, he was the oldest of his kind. The scan shows his tail curled around his body, the roughly two dozen tail bones neatly lined up one after the other. “If you go to a museum collection, the tail vertebrae are just a bunch of bones in a box,” Yapuncich said.

The Duke Lemur Center has housed and bred more than 4,000 endangered primates in its 50-year history. During that time, more than 400 cadavers from three dozen species of lemurs, lorises, galagos and tarsiers have been preserved for study.

The center fields dozens of cadaver requests from researchers each year. But these rare and fragile specimens can only be examined so many times using traditional methods. Repeated shipping and handling may expose them to damage and freeze-thaw cycles that would inevitably speed their decay.

By creating high resolution 3-D scans and putting them online, researchers hope to reduce destructive sampling and insure the availability of specimens for future study.

“There aren’t that many available,” said Duke R&D engineer and microCT specialist Justin Gladman. “If one researcher dissects and destroys one, the next researcher can’t do anything with it.”

“By scanning them in the microCT and creating these beautiful 3-D models, we can digitize the specimens and share them online,” Gladman said. “Instead of being locked in a museum drawer, they’re freely available.”

In the digital afterlife, Merlin’s bony appendages are no longer nimble but still intact.

He was one of four of the fewer than 60 endangered aye-ayes living in captivity worldwide that died suddenly over 36 hours at the Duke Lemur Center in October 2016. Staff and researchers were devastated.

The culprit, tests later revealed, was a natural toxin found in avocados, not previously known to be harmful to lemurs, which damaged their heart muscles.

The 3-D volume rendering shows his body cloaked in skin and muscle. With a click his flesh fades away, and Griffith can zoom in on Merlin’s skull to examine the complex wear patterns on his teeth, or peer inside his cranial cavity to estimate the size and shape of his brain.

Griffith has uploaded these 3-D images to an online database Boyer created called MorphoSource. Because the digitization is ongoing, the Lemur Center scans haven’t been made publicly available yet, but when they are, visitors to MorphoSource will be able to compare Merlin to other individuals, or measure anatomical variation across species.

Anyone will be able to browse the specimens, measure them, download the raw data and even create their own 3-D lemur models, both of bodies and skeletons, on a 3-D printer. 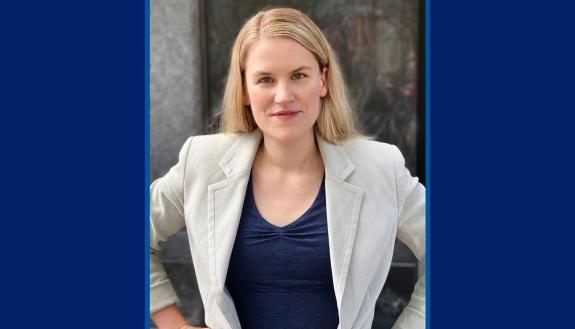