DURHAM, N.C. -- To learn what power dynamics mean for health, consider the meerkat.

Squirrel-sized members of the mongoose family, meerkats are remarkable team players. Although they live in groups of up to 50, a single male and female monopolize the bulk of the breeding. The rest help with feeding and babysitting the dominant pair’s pups, looking out for predators and other chores, while waiting for a chance to rise in rank and raise pups of their own. 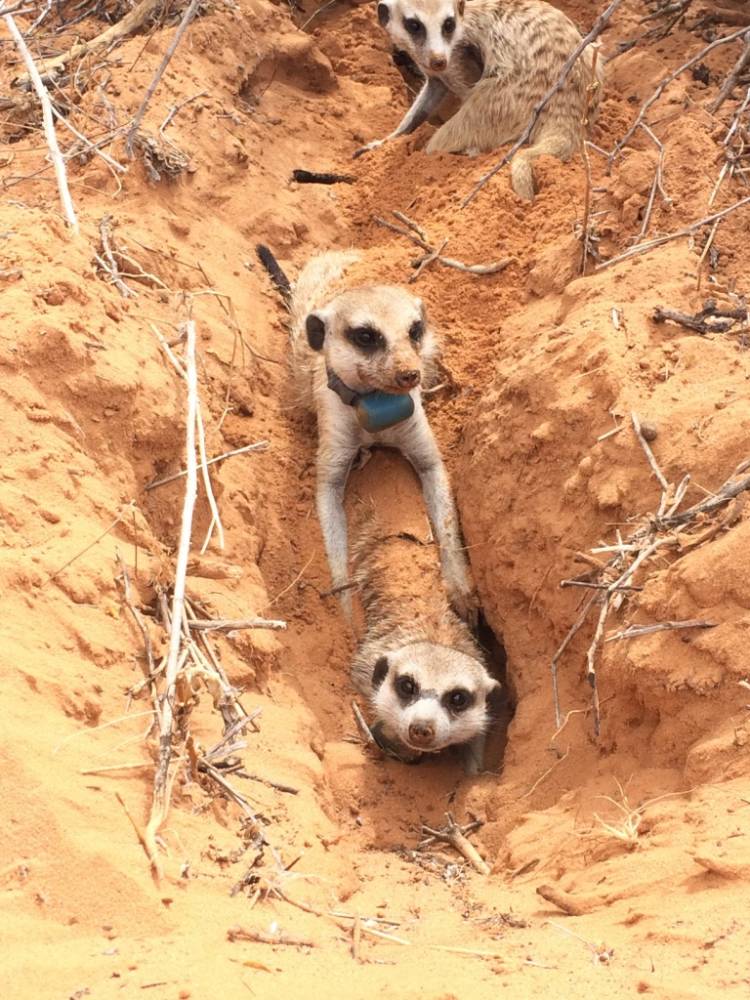 When a dominant breeder dies or moves on, the oldest and heaviest helper of the same sex is typically next in line to take their place. Duke assistant professor of evolutionary anthropology Jenny Tung and professor of statistical science Sayan Mukherjee are part of an international team that aims to study the molecular mechanisms underlying this meerkat takeover process.

With support from a three-year, $1.2 million grant from the Human Frontier Science Program (HFSP), they hope to identify the genetic and physiological differences that set dominant and helper meerkats apart, and what changes the upstarts undergo as they assume leadership.

Tung and Mukherjee will work in collaboration with Luis Barreiro of the University of Montreal in Canada, and University of Cambridge professor Tim Clutton-Brock, who has studied wild meerkats in the Kalahari Desert for more than two decades.

Other animal species are known to engage in similar behavior, known as cooperative breeding, where some individuals relinquish their own reproduction for the greater good of the group. But outside of insects, the inherent tradeoffs in this division of labor are largely unknown, the researchers say.

For example, newly dominant meerkats experience a growth spurt after they assume power. The team will use a combination of molecular genetics and 3D X-ray imaging to monitor the animals and see if the new breeders’ boost in growth and reproduction compromises their ability to fight infection.

The project is one of 30 winners selected from a pool of nearly 900 applicants worldwide.

More information about the Human Frontier Science Program and the 2017 program grants is available at http://www.hfsp.org/awardees/newly-awarded.