DURHAM, N.C. -- Female beauty may have less to do with attracting the opposite sex than previously thought, at least in the animal world, researchers say.

Results of a mathematical modeling study suggest that romantic attention, by itself, is not enough to give attractive females an evolutionary edge over their plainer counterparts -- even when their good looks help them snag superior mates.

For females, the benefits of beauty likely go beyond their success in the dating and mating market, according to findings published in the January 2017 issue of the journal Evolution.

In most animals, males are the showy sex; females are drab and inconspicuous. Flamboyant features like the peacock’s tail and the lion’s mane help males vie for the favor of females. But in some species, including crustaceans, insects, lizards, fish and primates, females can be eye-catching too.

Females of the blue crab Callinectes sapidus develop red-tipped claws that some liken to painted fingernails. Deeper red is more alluring to males, who look for crimson claws over lighter orange ones. 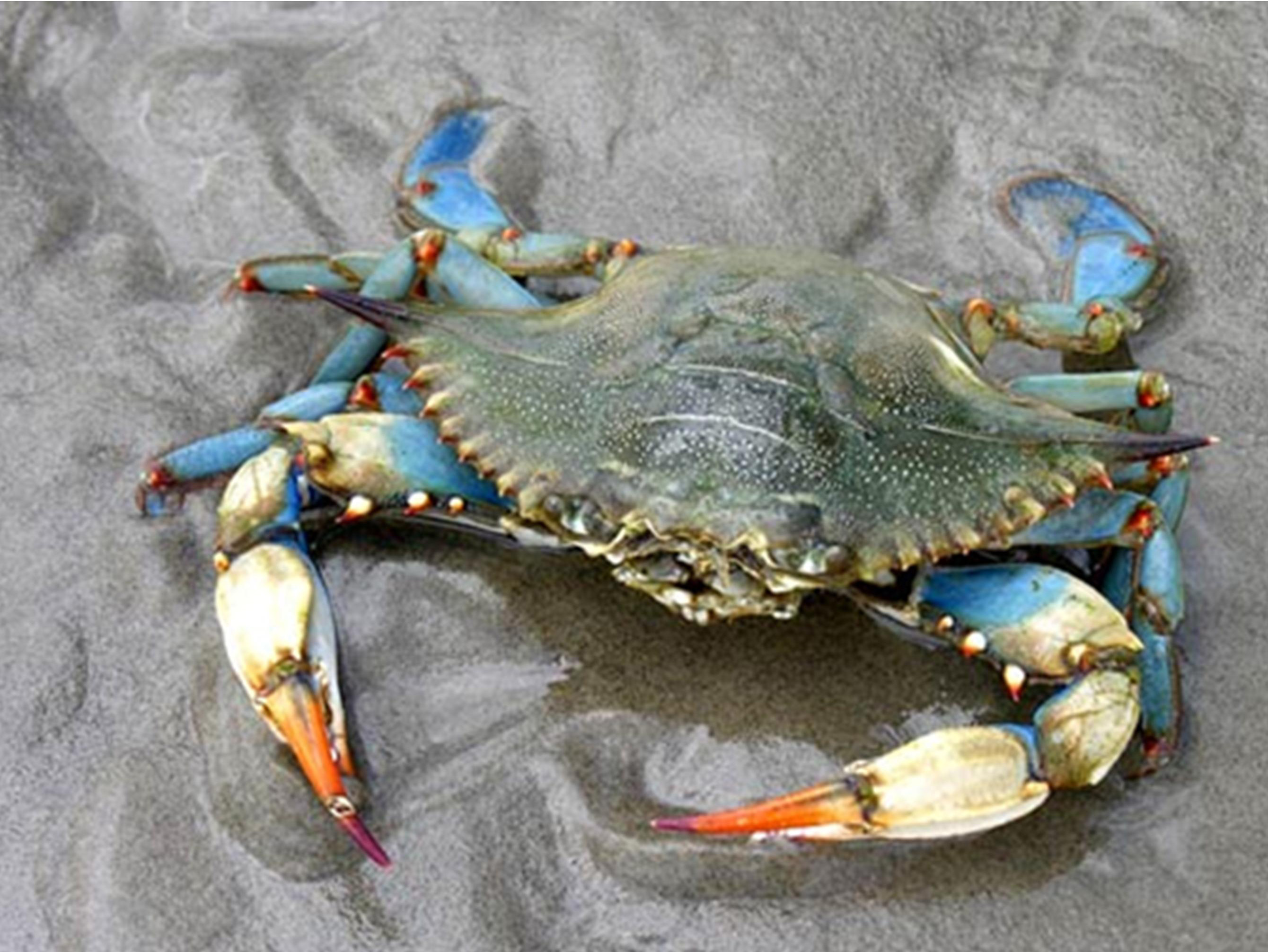 In a blue crab beauty pageant, this fetching red-clawed female would take home the crown. Her deep red claws are a turn-on to males. Photo courtesy of the U.S. Environmental Protection Agency.

Female dance flies have feathery fringes on their hind legs which they wrap around their abdomens to make them appear wider and more fertile. Females adorned with frillier legs attract more mates.

Biologists have studied male embellishments such as showy feathers, manes, wattles, horns and antlers for more than a century. But female “beauty” is often overlooked, said study author Courtney Fitzpatrick, who was a postdoctoral fellow at Duke University at the time of the study.

Attractive males get more girls and sire more offspring because of their good looks. But the evolutionary payoff for flashy females is less clear, Fitzpatrick said.

The standard answer is that females go for quality, not quantity. Most studies assume that flashy females use their good looks to “marry up” and win the attention of high-quality mates, such as males that are better providers or more likely to be good parents.

But the assumption is rarely put to the test, Fitzpatrick said.

To see if the idea holds up, Fitzpatrick and co-author Maria Servedio of the University of North Carolina-Chapel Hill developed a mathematical model that predicts changes in the frequency of ornamented females in a population over time.

In their model, some males are better mates and some are pickier. Physically attractive females in the model are sometimes able to lure superior males with whom they produce more surviving offspring than their less glamorous peers. Attractive females then pass their good looks on to their daughters, who also have a reproductive advantage, and so on from one generation to the next.

But surprisingly, the effect was weaker than expected.

Contrary to expectation, the model shows that winning the romantic interest of picky males is not enough to explain how desirable feminine features become widespread -- even when better-looking females are more likely to land a good catch.

The results of their mathematical approach support other research suggesting that female beauty doesn’t evolve just to win mates.

Instead, traits such as the dance fly’s frilly legs or the blue crab’s red-tipped claws may help their bearers compete for other resources, such as social status or protection from predators. The results are consistent with an idea called the “social selection” hypothesis, first proposed three decades ago by theoretical biologist Mary Jane West-Eberhard of the Smithsonian Tropical Research Institute.

Just because males prefer some female traits over others doesn’t necessarily mean they evolved for courtship, Fitzpatrick said.