DURHAM, N.C. -- The richest and poorest Americans differ in life expectancy by more than a decade. Glaring health inequalities across the socioeconomic spectrum are often attributed to access to medical care and differences in habits such as smoking, exercise and diet.

But a new study in rhesus monkeys shows that the chronic stress of life at the bottom can alter the immune system even in the absence of other risk factors.

The research confirms previous animal studies suggesting that social status affects the way genes turn on and off within immune cells. The new study, appearing Friday, Nov. 25 in the journal Science, goes further by showing that the effects are reversible.

The team studied adult female rhesus monkeys housed at the Yerkes National Primate Research Center of Emory University. They found that infection sends immune cells of low-ranking monkeys into overdrive, leading to unwanted inflammation, but improvements in social status or social support can turn things back around.

In the first part of the study, Yerkes scientists put 45 unrelated females that had never met each other one by one into new social groups. Then they watched how the monkeys treated each other to see, for every interaction, who did the bullying and who cowered.

Captive female rhesus macaques in these newly created groups formed a pecking order in order of seniority. The females that were introduced to their groups earlier tended to rank higher than those that came later.

To find out how rank affected their health, the researchers took immune cells from the monkeys and measured the activity of roughly 9,000 genes. More than 1,600 of them were expressed differently in lower-ranking than in higher-ranking females, particularly within a type of white blood cell called natural killer cells, the first line of defense against infection.

In the second part of the study, the researchers rearranged the females into nine new social groups. Once again, the females sorted themselves in order of arrival. The first females to join the newly-formed groups ranked higher than latecomers.

In the re-sorting, the researchers made females that were previously high on the dominance ladder move down one or more rungs, and those that were low were moved up.

Those whose status improved became more sought-after grooming partners once they were promoted, giving them more opportunities to relieve stress through bonding. 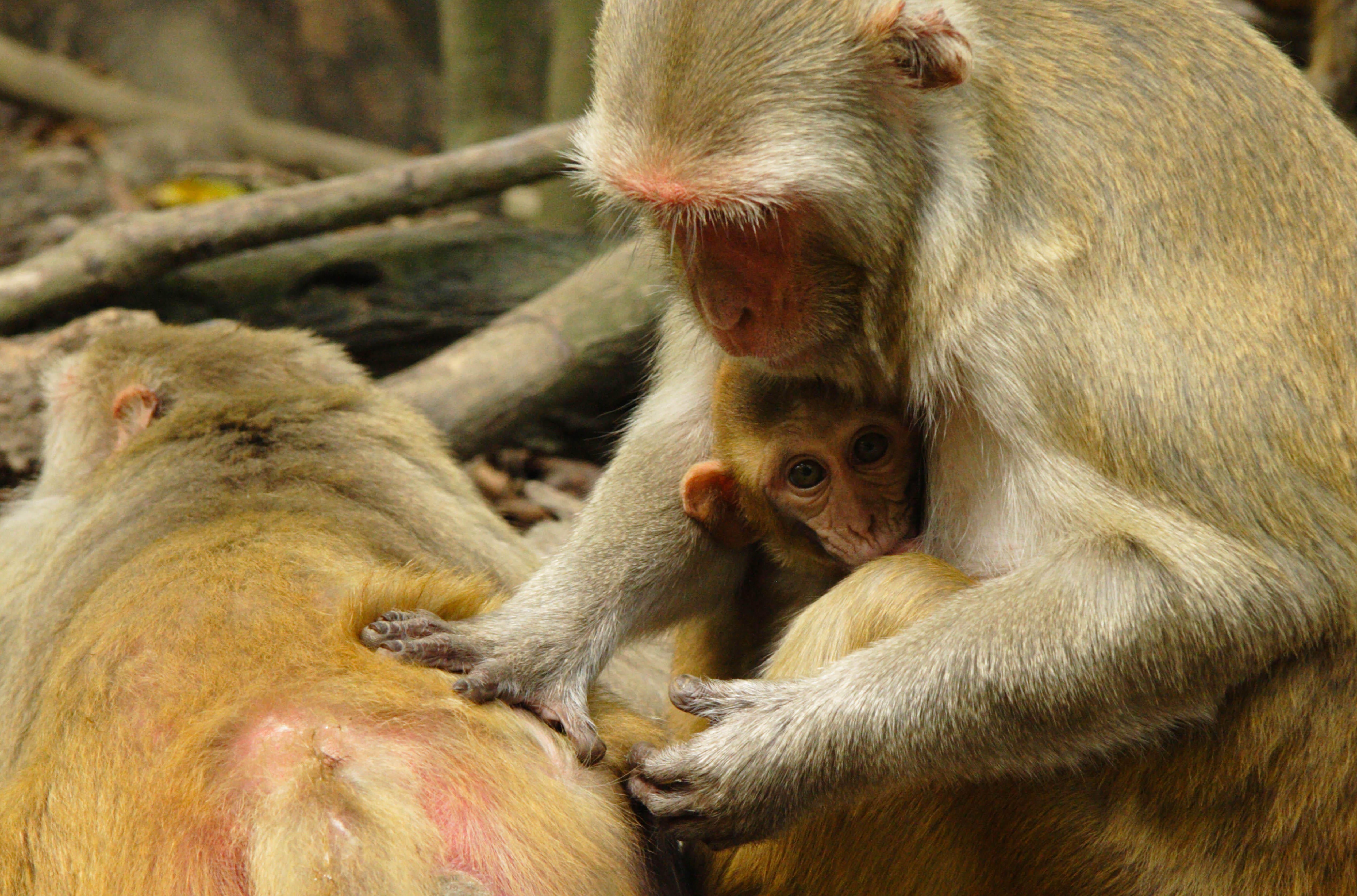 The immune cells of formerly low-ranking females also became more like high-ranking females, in terms of which genes were turned on or off, when they improved their social standing.

The results provide solid causal evidence that low social status leads to disparities in health, not just the other way around, as some have argued.

The differences between higher- and lower-ranking females were even more pronounced when their immune systems were triggered to fight a potential pathogen.

When the animals’ white blood cells were mixed in test tubes with a bacterial toxin called lipopolysaccharide, or LPS, pro-inflammatory genes in the cells from subordinate females went into overdrive.

Similar responses could help explain why poor and working class people have higher rates of inflammatory disorders such as heart disease and diabetes, said study co-author Luis Barreiro, assistant professor of immunogenomics at the University of Montreal.

“A strong inflammatory response can be life-saving in the face of infectious agents,” Barreiro said. But the same self defense mechanisms -- the ones that make infected tissue swollen and red -- can also cause damage if not properly controlled.

If similar molecular mechanisms underlie the link between social status and health in humans, interventions that improve a person’s social support network could be just as important as drugs for mitigating the physiological costs of low status, said co-author Mark Wilson, professor of psychiatry and behavioral sciences at Emory.

“Social adversity gets under the skin,” said co-first author Noah Snyder-Mackler, postdoctoral researcher at Duke. “If we can help people improve their social standing, and reduce some of these hierarchies, we may be able to improve people’s health and well-being.”

Other authors of this study include Shauna Morrow and Amanda Shaver of Duke, Joaquín Sanz and Jessica Brinkworth of the University of Montreal, Jean-Christophe Grenier of CHU Sainte-Justine Research Centre, Roger Pique-Regi of Wayne State University, and Zachary Johnson and Jordan Kohn of Emory University.