When Duke assistant professor Kevin Welsher describes the earliest stages of a viral infection, it sounds like a cross between the invasion of Normandy and a moon landing.

Using advanced microscopy techniques to make never-before-seen 3D movies of viruses just before they break into cells, Welsher produces videos with titles such as “approach and landing,” “search and invade” and “a closer look at the landing site.”

If we can understand what happens to viruses such as flu or HIV before they latch on to the cell surface, he says, we might eventually be able to prevent viral infections altogether.

“It’s like blocking oncoming torpedoes before they reach their target, rather than trying to fix the damage after they’ve hit,” said Welsher, who joined the chemistry department in 2015.

Viruses are hard to capture on video. They’re tiny, for one.

A typical virus is thousands of times smaller than the period at the end of this sentence -- a size once thought impossible to see through traditional light microscopes.

Microscopes that use beams of electrons rather than light can reveal details at that scale, but only by killing and slicing the specimen first, so viruses on the verge of attacking living cells couldn’t be observed.

The second challenge is that viruses are free-floating. With most microscopes, Welsher says, capturing a virus as it moves through the body is like watching a high-speed car chase through a traffic cam -- it’s hard to make out the details of specific cars as they zoom in and out of the camera’s field of view.

To get around these problems, Welsher has developed a hybrid microscope that combines two imaging techniques. One locks onto the virus and tracks it as it drifts around. The other simultaneously gives a bird’s-eye view of nearby cells, many of which are a hundred times the virus’s size.

The approach enables researchers to calculate a virus’s ever-changing position 100,000 times a second -- five orders of magnitude faster than other microscopes -- generating hundreds of gigabytes of data in a single hour.

“We’re only starting to figure out what we can learn from these huge datasets,” Welsher said.

Welsher was interested in science from an early age. He grew up in a small town in northern New Jersey, where his father was a theoretical and computational chemist at Bell Labs.

“I didn’t build robots as a kid or anything like that,” Welsher said. “Though my sister jokes that my Lego collection was the telltale sign.”

It was during his years as a graduate student at Stanford, where he studied itsy-bitsy rolled-up sheets of carbon called nanotubes, that Welsher first became interested in microscopy.

His interest in visualizing individual molecules at work in the body eventually took him to Princeton, where he developed his hybrid microscope.

By taking plastic nanoparticles and coating them with tiny fluorescent beads called quantum dots, Welsher and his colleagues were able to see, for the first time ever, a virus-sized particle land on the surface of a human cell.

Next, Welsher hopes to use the technique to figure out how viruses like flu, which attacks the upper airway and lungs, penetrate the snotty lining of the respiratory tract.

The approach isn’t only useful for understanding how viruses invade, Welsher said.

Studying how virus-sized particles attach to the cell surface, bind to receptors and break through the cell’s plasma membrane could also help researchers design nanoparticles capable of delivering medicines such as chemotherapy drugs directly to specific cells.

“For a virus you might call the process of entering cells ‘invasion,’” Welsher said, “but for drug delivery it’s called ‘success.’”

Welsher lives with his wife and two toy poodles near Duke’s West Campus in Durham. 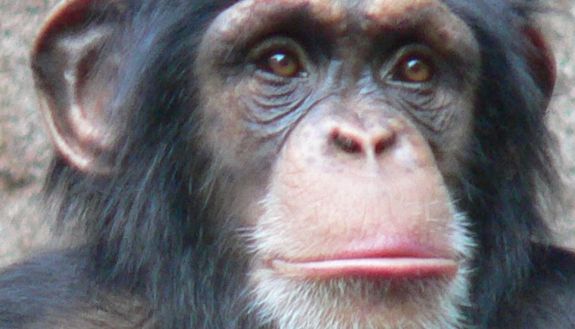