Babies who are good at telling the difference between large and small groups of items even before learning how to count are more likely to do better with numbers in the future, according to new research from the Duke Institute for Brain Sciences.

The use of Arabic numerals to represent different values is a characteristic unique to humans, not seen outside our species. But we aren't born with this skill. Infants don't have the words to count to 10. So, scientists have hypothesized that the rudimentary sense of numbers in infants is the foundation for higher-level math understanding.

A new study, appearing online in the Oct. 21 Proceedings of the National Academy of Sciences, suggests that children do, in fact, tap into this innate numerical ability when learning symbolic mathematical systems. The Duke researchers found that the strength of an infant's inborn number sense can be predictive of the child's future mathematical abilities.

"When children are acquiring the symbolic system for representing numbers and learning about math in school, they're tapping into this primitive number sense," said Elizabeth Brannon, Ph.D., a professor of psychology and neuroscience, who led the study. "It's the conceptual building block upon which mathematical ability is built."

Brannon explained that babies come into the world with a rudimentary understanding  referred to as a primitive number sense. When looking at two collections of objects, primitive number sense allows them to identify which set is numerically larger even without verbal counting or using Arabic numerals. For example, a person instinctively knows a group of 15 strawberries is more than six oranges, just by glancing.

Understanding how infants and young children conceptualize and understand number can lead to the development of new mathematics education strategies, said Brannon's colleague, Duke psychology and neuroscience graduate student Ariel Starr. In particular, this knowledge can be used to design interventions for young children who have trouble learning mathematics symbols and basic methodologies.

To test for primitive number sense, Brannon and Starr analyzed 48 6-month-old infants to see whether they could recognize numerical changes, capitalizing on the interest most babies show in things that change. They placed each baby in front of two screens, one that always showed the same number of dots (e.g., eight), changing in size and position, and another that switched between two different numerical values (e.g., eight and 16 dots). All the arrays of dots changed frequently in size and position. In this task, babies that could tell the difference between the two numerical values (e.g., eight and 16) looked longer at the numerically changing screen.

Brannon and Starr then tested the same children at 3.5 years of age with a non-symbolic number comparison game. The children were shown two different arrays and asked to choose which one had more dots without counting them. In addition, the children took a standardized math test scaled for pre-schoolers, as well as a standardized IQ test. Finally, the researchers gave the children a simple verbal task to identify the largest number word each child could concretely understand.

Brannon said the findings point to a real connection between symbolic math and quantitative abilities that are present in infancy before education takes hold and shapes our mathematical abilities.

"Our study shows that infant number sense is a predictor of symbolic math," Brannon said. "We believe that when children learn the meaning of number words and symbols, they're likely mapping those meanings onto pre-verbal representations of number that they already have in infancy," she said.

"We can't measure a baby's number sense ability at 6 months and know how they'll do on their SATs," Brannon added. "In fact our infant task only explains a small percentage of the variance in young children"s math performance. But our findings suggest that there is cognitive overlap between primitive number sense and symbolic math. These are fundamental building blocks." 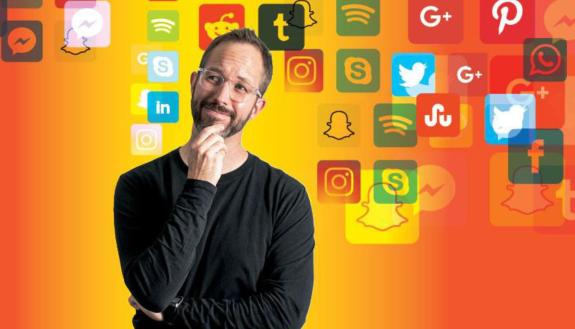