Skip to main content
Image
You call that an excuse? When it comes to broken promises, it turns out even 3-year-olds can tell a good reason from a cop-out. Credit: jgaunion

When it comes to broken promises, children as young as 3 to 5 recognize that some excuses are better than others.

When it comes to broken promises, children as young as 3 to 5 recognize that some excuses are better than others.

DURHAM , N.C. -- We’ve all been there. You made a promise you couldn’t keep. Or something came up, and you didn’t follow through on what you said you’d do.

It turns out children pay attention to what we say when we don’t deliver.

A new study shows that by the time they reach preschool, kids understand that some reasons for reneging are more defensible than others.

“At 3 to 5 years old, kids are on to you. They know when you're giving a bad excuse,” said first author Leon Li, who did the research with developmental psychologist Michael Tomasello as part of his Ph.D. in psychology and neuroscience at Duke.

In a paper published in the journal Cognitive Development, 64 3- and 5-year-olds were shown a series of videos in which puppets promised to show them a cool toy, left the scene to go get it, but then came back empty-handed.

Afterwards, the puppets either gave a good excuse for going back on their word (“I had to help my friend with his homework”), a bad excuse (“I wanted to watch TV”), or no explanation at all. The children were then asked whether they thought the puppets’ actions were wrong or not, and why.

No matter what the excuse (or lack thereof), the children agreed that it was generally wrong to break a promise. But they were more understanding when the puppets offered a good excuse (i.e., they had to help someone), versus a lame one (i.e., they just wanted to do something fun instead).

In other words, children this age grasp that obligations to help others take priority over selfish desires, Li said.

The children’s responses also revealed that a lame excuse was just as bad as none at all.

“Previous research has suggested that in some cases, young kids will just take any reason to be better than no reason at all,” Li said. “But here we showed that kids do pay attention to the actual content.”

When asked to explain their answers, the children’s justifications changed with age. Compared with 3-year-olds,  5-year-olds were better at articulating their thinking in terms of what the puppets “should” do, or are “supposed” to do, suggesting that kids’ understanding of obligations to others is more fully developed by this age.

Surprisingly, lousy excuses didn’t make the children less inclined to say they “liked” some puppets, or would invite those puppets to a play date.

“Usually if someone breaks a promise and gives you a lame reason, it implies they're not really a good friend,” Li said. “Children this age don’t make that connection. They're just not there yet.”

This study is part of a larger field of research on how children come to appreciate and act on cultural and moral norms for how we behave and treat each other.

“Morality is a type of common ground that we have with others, with mutual expectations about how we should behave and what counts as good grounds for justification,” Li said.

“We're showing that young children become attuned to this common ground at an early age.”

Li said the findings are also relevant to any adult who has uttered the classic fallback phrase, “Because I said so.”

“Kids are paying attention and can tell that is a lame reason,” Li said.

This research was supported by the Duke Department of Psychology and Neuroscience. 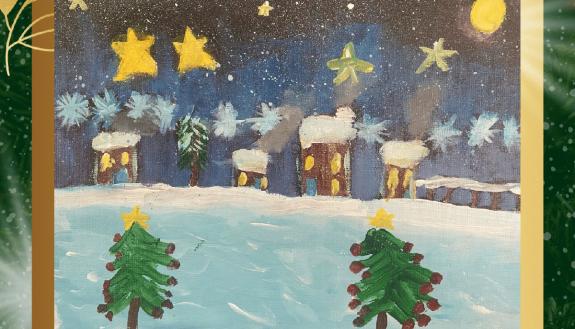