Out in the quiet nature of the Mountain West region, Ayesha Berrier spent her time off in tribute to her father, Dale Reichenbach.

Known as ‘Shorty,’ Reichenbach was an avid outdoorsman, traveler, and biker. He and his wife, Kathy, visited 48 contiguous states together on their Harley Davidson, enjoying moments away from their home in central Pennsylvania. 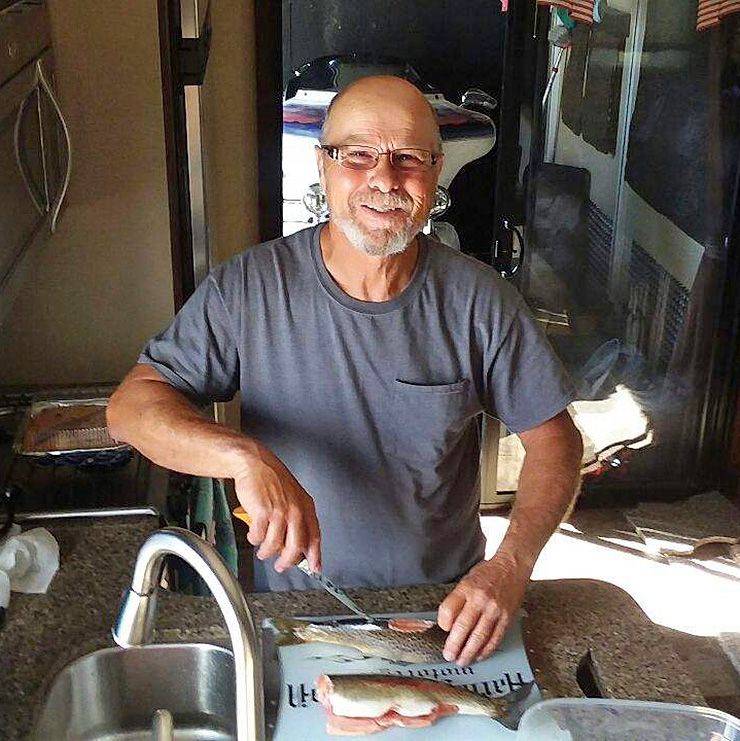 No place he visited was more special to Reichenbach than remote parts of Montana and South Dakota. It was where he took his grandson, Berrier’s son, Garrett, on an RV trip. And these states would be where the family, including Berrier, visited this summer to honor him after he died from lung cancer in 2021.

“It was kind of bittersweet,” said Berrier, a nurse at Duke Primary Care Butner-Creedmoor for 14 years. “We can’t describe how much it meant to be able to see what he loved so much.”

Berrier’s father was diagnosed with stage-four non-small cell lung cancer in January 2021. Despite quick treatment, he died about six weeks later. Before he died, Reichenbach told his grandson of his wish to be cremated. He wanted his ashes spread at some of his favorite places where he and his grandson had visited together. After Garrett graduated high school from Falls Lake Academy this summer, the family fulfilled that wish with a trip west in June. 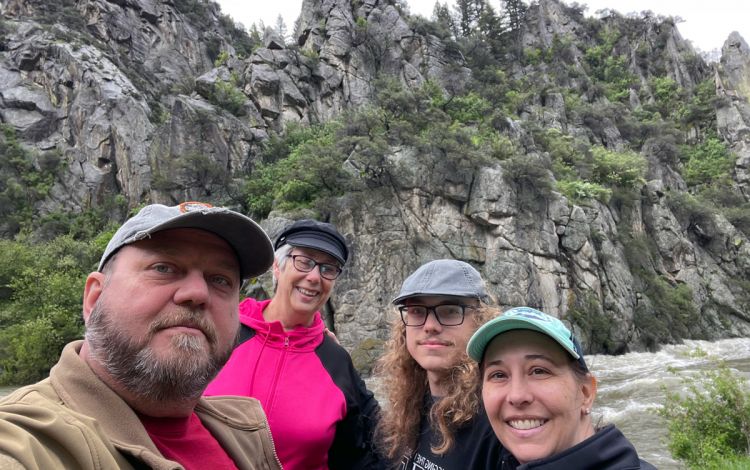 The journey was Berrier and her husband’s first chance to see for themselves the places where her father most felt himself. The family stopped places he loved to spread his ashes: Crazy Horse Memorial, Custer State Park, the Badlands and Sturgis, South Dakota.

Their last stop was at his favorite fishing hole in Ennis, Montana, where the winning Duke Time Off picture was taken. Along the way, the family laughed, cried and reminisced, as they explored the country, which included an encounter with buffalo. 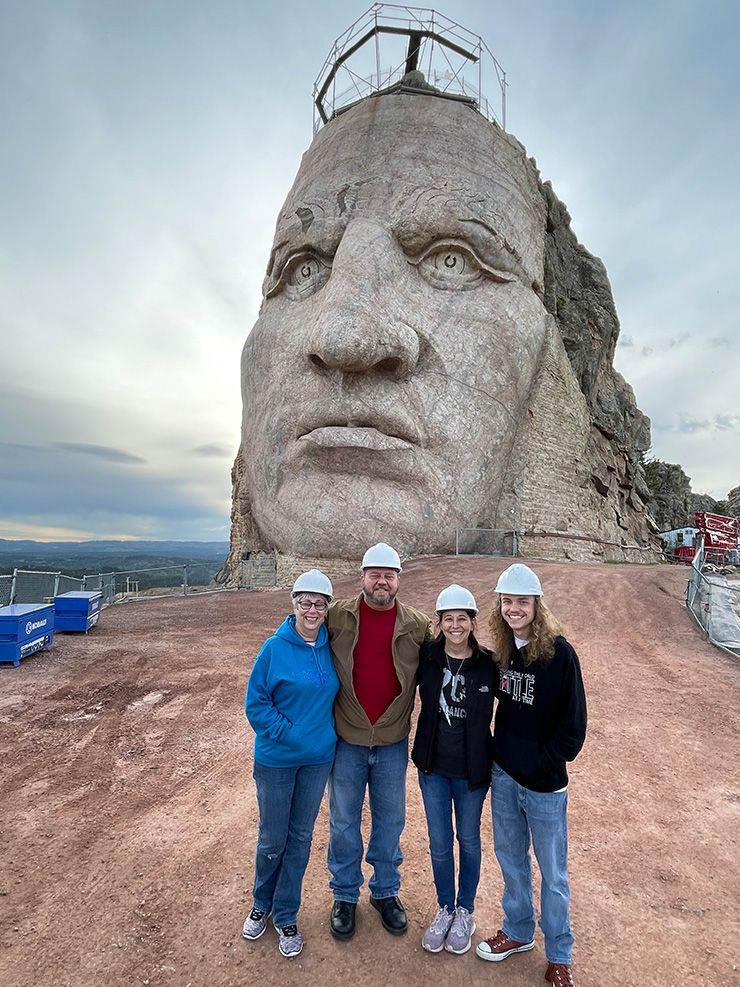 A photo of the family on the trip, shared as part of the Duke Time Off photo campaign, earned Berrier a Duke beach chair courtesy of Duke University Stores.

“The pictures just don’t do these areas justice,” Berrier said. “They call it the ‘Big Sky.’ The horizon goes on forever, and it’s nice to know that he’s where he wanted to be.”

To be eligible for prizes in the 2022 Duke Time Off photo campaign, photographs must be taken between May 25, 2022, and Aug. 8, 2022, and shared by current University and Health System staff and faculty during the same time.

During the campaign, the Working@Duke editorial team will award Duke-themed merchandise from the Duke eStore. All pictures shared throughout the course of the campaign – May 25, 2022, to Aug. 8, 2022 – will be in the running for these grand prizes:

For submissions with multiple photos, only the first picture will be considered for the contest. Collage photographs and videos are not eligible for prizes. The deadline for submissions is 12 p.m. Aug. 8. Winners will be announced on Working@Duke in late August.