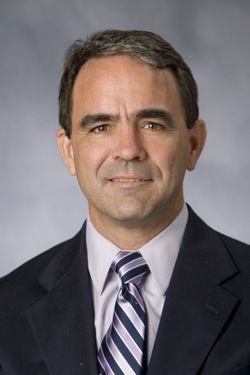 WHAT CASE WAS THIS RULING BASED ON AND WHAT DID IT SAY?

MURRAY: The 6-3 opinion on the case West Virginia v. EPA, went against the EPA and in favor of plaintiffs representing the interests of fossil fuel-fired power plants, with the majority opinion delivered by Chief Justice John Roberts. Justices Elena Kagan, Stephen Breyer and Sonia Sotomayor opposed the ruling. The ruling says the Clean Air Act, which has been around 50 years, does not grant the EPA broad authority to place caps on power plants’ carbon emissions, which are a major driver of climate change.

DOES THIS MEAN THE EPA CAN NO LONGER REGULATE CARBON EMISSIONS COMING FROM POWER PLANTS?

MURRAY: The ruling limits – but does not eliminate – the EPA’s authority to reduce greenhouse gases. The decision allows the EPA to continue to regulate greenhouse gases under the Clean Air Act, an authority that was confirmed by the Supreme Court in a 2007 decision, Massachusetts v. EPA. However, it substantially constrains the tools the EPA can use to limit those emissions.

WHAT CHANGES FOR THE EPA?

MURRAY: Before this ruling, the Obama Administration empowered the EPA to reduce power plant carbon emissions through a holistic or system-wide approach to reducing greenhouse gas emissions under the Clean Power Plan. The plan, which was revoked by the Trump Administration, allowed plants to use so-called “outside-the-fence” measures, such as shifting some operations from coal to natural gas and renewable energy sources, or offsetting carbon emissions at one plant by reducing them at another to meet overall compliance standards.

With this new ruling, the Supreme Court implies these measures comprised too significant an intervention in the U.S. economy to be justified under the authority of the EPA alone, without specific guidance from Congress. It suggests the EPA only has the authority to limit emissions from “inside the fence line” – in other words, the EPA may only place requirements on emissions generated at individual power plants by placing requirements on the specific technology being used at a plant, but not through broader requirements that reduce the emissions of an entire system of power plants.

CAN THE GOVERNMENT OR BIDEN ADMINISTRATION DO ANYTHING TO RESTORE SOME OF THE EPA’S AUTHORITY?

MURRAY: Moving forward, the EPA does have the authority to regulate carbon dioxide from power plants directly. One can reasonably assume the Biden Administration will exercise this authority, and indeed they have announced their intention to do so. But the tools the EPA is left with may not be powerful or swift enough to substantially reduce carbon emissions to meet the Biden Administration’s 2030 greenhouse gas emissions goals. That said, the EPA could explore the possibility of requiring coal and gas production to use carbon capture and storage processes when generating electricity, and that could have a substantial effect on emissions.

There are also many other federal actions that can be taken to reduce emissions, such as revising fuel efficiency standards, appliance standards and tax credits to reduce emissions. State policies are also in place, as are corporate commitments to emissions reductions. So forward momentum can continue, especially as renewable and other zero-carbon sources of generation become cheaper. But the path could be slower, messier and look more like a zig-zagged line instead of a predictable, smooth, and accelerated trajectory.

Visit the Nicholas Institute for more information on its climate policy work.