Mary McKee was nominated by Duke Cancer Institute’s Bose Kamineni, who wrote that McKee is “always gracious, efficient and helps us to meet our deadlines and explains the processes to make us feel at ease. We are very fortunate to work with her and appreciate her level of detail and the way she conducts meetings.”

What she does at Duke: Whether you’re a Duke student or an employee, actions such as opening email, checking grades, updating timecards, reserving library materials or using your DukeCard ID to open locked doors are simple everyday occurrences. But to pull off each one of these tasks, different computer systems across Duke have to recognize who you are.

Making sure that happens is the role of the Identity Management Office, which is where Mary McKee serves as senior director.

The office works with Duke University and Duke University Health System, ensuring that students, staff, faculty, alumni, vendors, library patrons and applicants are recognized by Duke’s online framework and allowed to access the services meant for them.

McKee’s group must balance desire for convenience with the need for security. So much of McKee’s work is focused on ensuring that individuals accessing services are who they claim to be – and spotting any instances when things don’t look right – and making sure Duke’s authentication systems work with  many internal sites and with those handled by outside contractors. 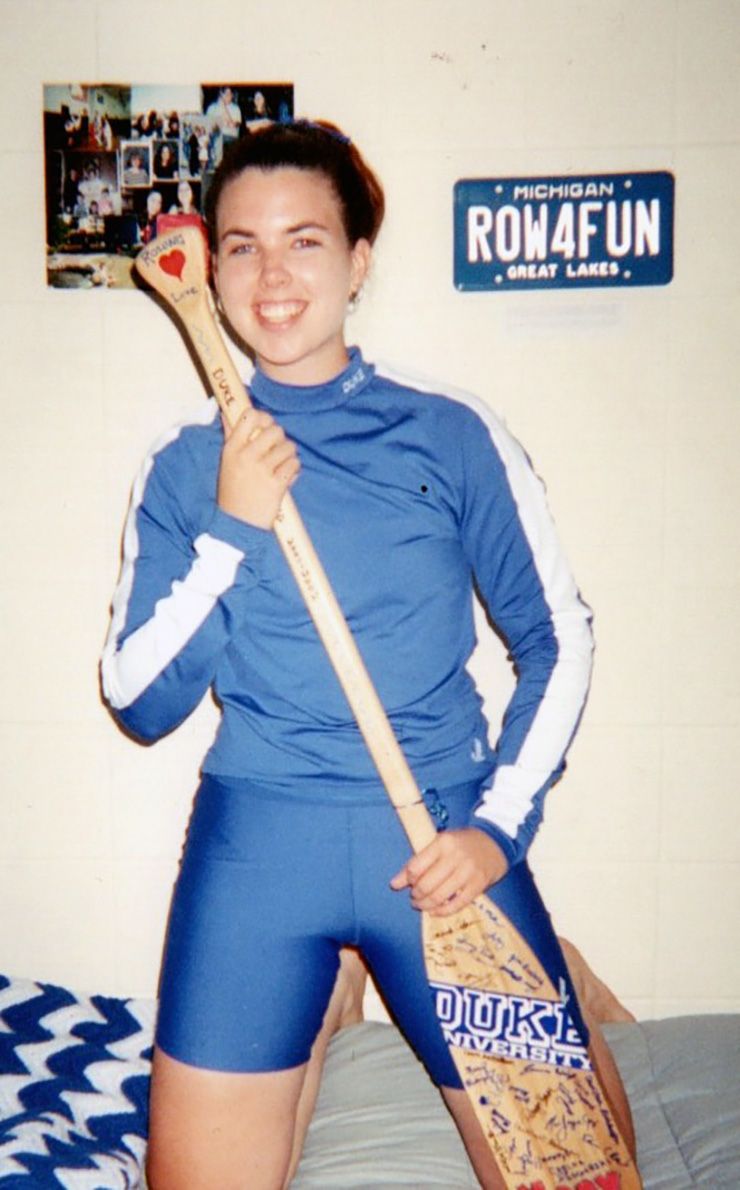 What she loves about Duke: McKee has worked at Duke, mostly in the IT space since 2003, when she interned as an undergraduate student. But two decades after first arriving here, McKee is still amazed by the complexity and variety of work done at Duke.

“Almost every week somebody brings me something where I’m still humbled and surprised,” McKee said. “I’ll think ‘I had no idea people at Duke do that.’ So it’s never boring.”

Best advice received: A bit of wisdom from eSports commentator Sean Plott has stuck with McKee. Plott said that sometimes when you want to say “sorry,” try saying “thank you.” The idea is to turn a situation that could create potentially negative emotions into something that creates gratitude and growth.

“Instead of saying ‘sorry’ because someone needed to explain something to you five times, say ‘Thank you for explaining that five times, I understand it better,” McKee said. “It’s something you can use to show you’re grateful of the contributions of the people around you.” 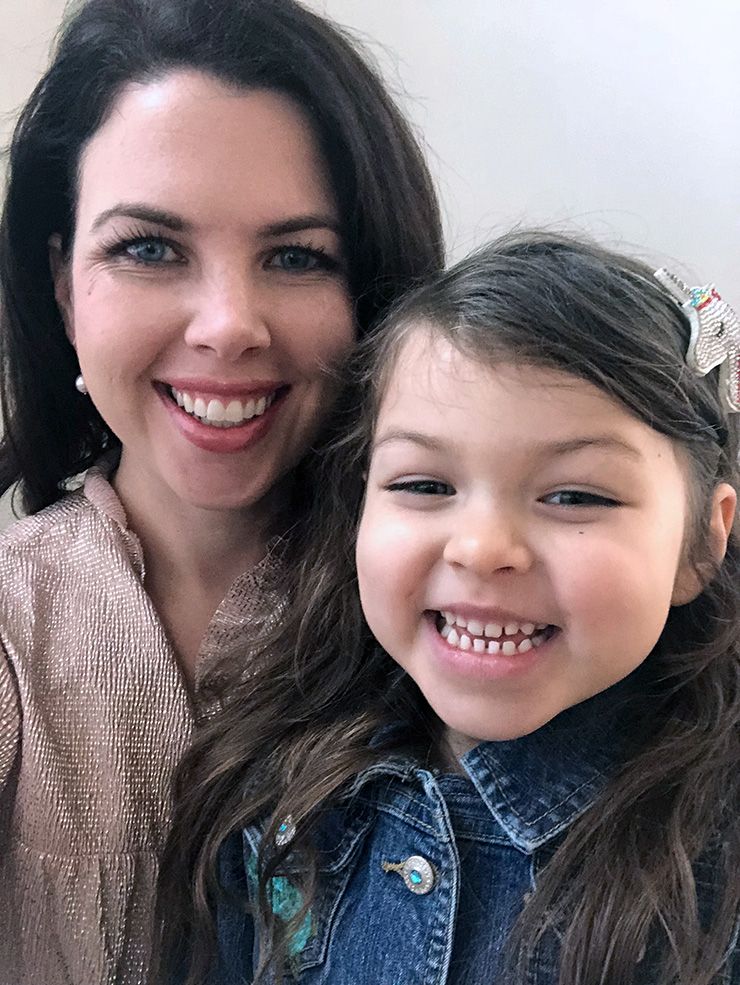 When she’s not working, she likes to: McKee enjoys spending time with her 8-year old daughter Isabel. Recently, McKee has had fun helping her daughter build her first website, which will serve as an online hub for a museum Isabel plans on opening one day showcasing her passions for crystals, animals and fossils.

“She doesn’t want adults to help her with the museum because, by the time she’s ready to open it, we’ll be too old and not getting the vibe,” McKee said.

Something most people don’t know about her: McKee initially came to Duke as a student on a rowing scholarship. She competed with the Blue Devils for two years before eventually turning her focus toward pursuing a career in computer science.

Most memorable day at work: McKee said that the most memorable days for people in her field are often the ones when, to everyone else, it seems nothing remarkable happened. One such day happened a few years ago when, not long after McKee’s group had completed a project which made Duke’s authentication systems more resilient, a glitch from an outside service provider threatened to disrupt much of Duke’s key online activities. But the safeguards held and there were no significant issues.

“After all of the planning you do for a Doomsday scenario, you just hope that the solutions you tested bear out in a live situation,” McKee said. “And in this case, they did. We were really proud of that. It could have been a huge disaster, but it ended up being pretty quiet.”

Something unique in her workspace: McKee, who splits her workdays between home and the shared OIT office space in the Power House, said that despite the digital nature of her job, she’s heavily reliant on the notes, diagrams and to-do lists she keeps in a simple, spiral-bound notebook.

“I find that I remember things better when I write them down, as opposed to typing them,” McKee said. 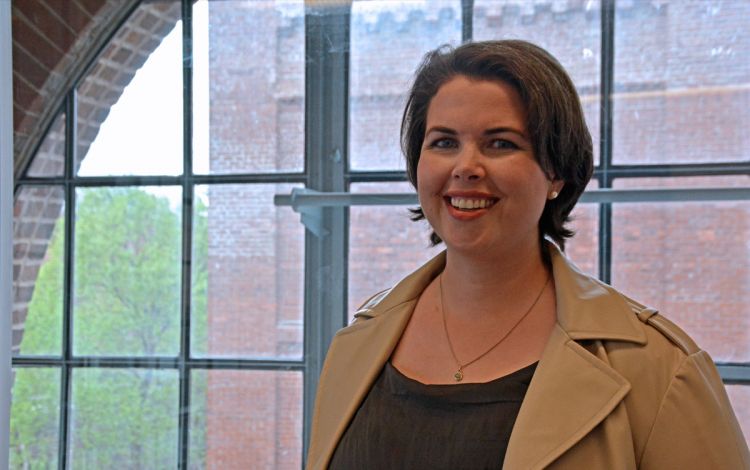 Lesson learned during the pandemic: Just before the COVID-19 pandemic began, McKee and a few colleagues were planning a trip to Duke Kunshan University. But as the virus began to reshape life in China, and eventually here, McKee’s life took a sharp turn.

Just as a pandemic lockdowns were beginning, McKee was diagnosed with triple negative breast cancer, which is known to spread at a faster rate than other types. After seeing Duke from the perspective of a student and a staff member, she was now experiencing it as a patient at Duke Cancer Center.

“Everything, just like really overnight, changed,” McKee said. “Instead of going to China, I was going to chemo.”

Throughout her treatment, McKee kept working. She said the satisfying work of solving the complicated issues of Duke’s authentication infrastructure kept her mind sharp and helped her feel constructive.

“I think one of the lessons has been to do the things that feel meaningful,” McKee said. “I think there are a lot of parts of my job that do feel meaningful and help me feel a sense of purpose. I could have taken a leave of absence and not worried about work, but I wanted to worry about work. It felt good to worry about work. I enjoyed showing up and doing things that can make a difference. I’m grateful to have the opportunity to do that.”

Duke Resources for Those Affected by Local and World Events