For visitors to Duke University Hospital’s main pharmacy, the irregular rhythm of chirps, thuds and whooshes from the pneumatic tube system is background noise.

But for Clinical Pharmacist Stephanie Chang and her colleagues, it’s the sound of patients getting what they need. And on this day, with Chang feeding a steady stream of clear, plastic canisters into the station where tubes accept and deliver cargo, there’s plenty of need to be met.

“We have a lot of new orders,” Chang said as she double-checks labels on prescriptions she’s packing. 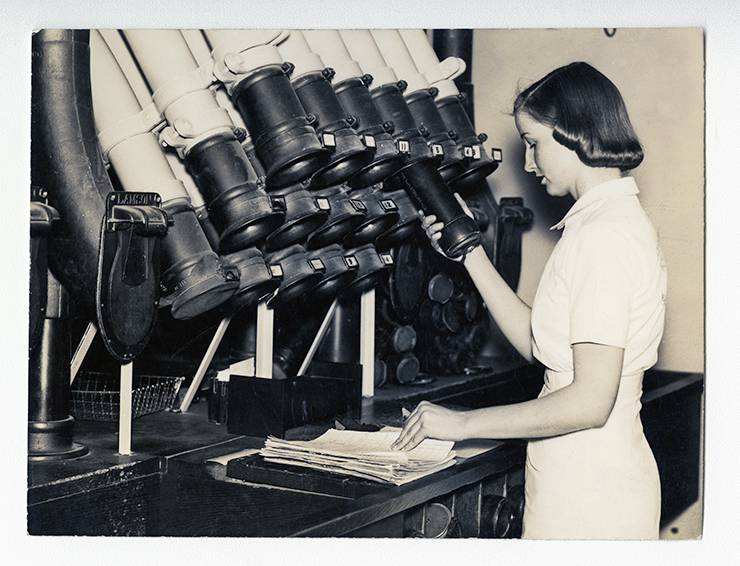 After punching numbers into the station’s control panel and inserting a plastic canister into a round opening, the machine propels the canister of medicine to one of the system’s other 138 stations with a burst of compressed air.

With nearly 1,000 inpatient beds and flow of outpatient visits, life at Duke University Hospital never slows down, and the need to move things quickly around the hospital campus is great. Since the hospital opened in 1930, pneumatic tubes have served that need, zipping medicine, documents and other important items through a largely unseen web of metal pipes.

Kelm estimated that on a regular day, the hospital’s two main inpatient pharmacies combine to transport around 4,000 prescriptions through the tube system. 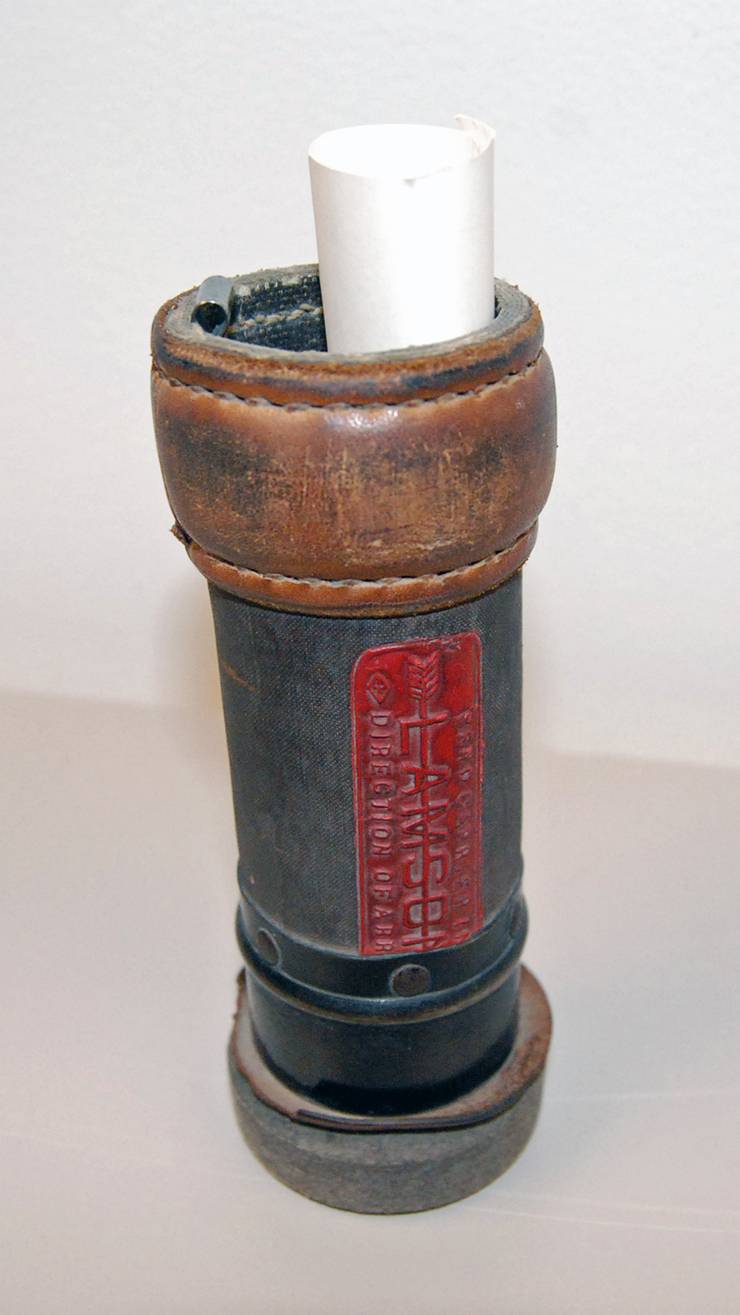 Electrical Foreman Bill Cole has worked with Duke Hospital’s system for 32 years and has seen it undergo several overhauls, including the early-2000s refresh that added express lanes – which can carry as many as six tubes at a time – between major points in the hospital.

“It’s like how you have neighborhood roads and then you’ve got interstates,” Cole said. “The express routes are like the interstates.”

Cole’s team is sometimes called in to unblock lanes and handle tricky repairs in a tangle of pipes tucked between floors.

“It’s about patient care,” Cole said of the importance of maintaining the system. “People send everything from paperwork to lab samples, and they’re counting on all of it getting there.”

From books to research projects, faculty have contributed to knowledge about pandemics, vaccines