Five new members joined the Duke University Board of Trustees on July 1, the school announced Monday.

The new trustees are Dr. William Kaelin Jr., Sidney Farber Professor of Medicine at the Dana-Farber Cancer Institute and the Brigham and Women's Hospital, Harvard Medical School; and Michael Rhodes, Group Head of Innovation, Technology, and Shared Services at TD Bank Group. They will each serve six-year terms.

Additionally, three observers were appointed to the board:  Mychal Harrison, senior vice president in Deloitte’s Risk and Financial Advisory practice; William Brody, managing director of Durham-based BlueDot Properties; and Trey Walk, a 2019 Duke graduate who studied history and human rights with a focus on urban studies.

As the university's governing body, the Board of Trustees is responsible for the school's educational mission and fiscal policies. There are 37 trustees plus four observers on the board.

Kaelin has been a Howard Hughes Medical Investigator since 1998. He researches how mutations affecting tumor-suppressor genes cause cancer.

He was a clinical fellow in medical oncology at the Dana-Farber Cancer Institute and a postdoctoral fellow in the laboratory of David Livingston, during which time he was a McDonnell Scholar.

Kaelin was awarded an honorary degree from Duke in 2018 and he received the Duke School of Medicine Distinguished Alumni Award in 2007. He received the Albert Lasker Basic Medical Research Award in 2016 and the Canada Gairdner International Award in 2010.

Rhodes joined TD in 2011 and is credited with driving the bank to a global leadership position in artificial intelligence in the financial sector as well as overseeing the bank’s leading digital, data and technology platforms.

Prior to joining TD, Rhodes served as the CEO of MBNA Europe Ltd, a $30 billion FSA chartered bank; chief marketing officer of MBNA America Bank; managing director of the cards business for Bank of America; and CEO of Palladian Financial Holdings.

Rhodes received his bachelor’s degree in mechanical engineering from Duke in 1987, followed by an MBA with Distinction from Wharton, where he was also recognized as a Palmer Scholar.

His community work includes serving on the Board of Visitors for Duke’s Pratt School of Engineering and, along with his wife Maureen, providing support to the Information Initiative at Duke (iiD) to endow iiD professorships, graduate fellowships in engineering, and educational programs focused on data-driven problem solving.

Harrison, president-elect of the Duke Alumni Association, will serve a four-year term on the Board of Trustees -- as an observer during his first two years, then as a trustee with voting privileges during his remaining two years.

In his role at Deloitte, Harrison works with CEOs and CFOs to help transform the way organizations identify and prioritize their strategic initiatives and deliver their finance and treasury functions. He received an M&A Advisor’s 40 under 40 Emerging Leaders Award in 2015.

Harrison earned a bachelor’s degree in economics and a certificate in markets and management from Duke in 2001. He is a member of the Duke Financial Economics Steering Committee, Athletics Leadership Board, Duke Alumni Association Board of Directors Executive Committee and has chaired the Awards and Recognition Committee since 2017.

Harrison guest lectures in Duke’s economics department and mentors Blue Devil football players. He has also endowed a scholarship in his family’s name that provides underrepresented minority students studying economics with grants to conduct research and to cover expenses related to attending conferences.

Duke’s Graduate and Professional Student Council selected Brody as a young trustee to serve a two-year term -- as an observer during his first year and a trustee with voting privileges in his second.

Before launching BlueDot Properties, a commercial real estate investment and property management firm, in 2017, Brody worked for Deutsche Bank Asset Management in New York City. He later worked at the Gilt Groupe, an e-commerce retail company where he led a new international business-to-business unit that became the fastest-growing entity within the company.

Brody earned a bachelor’s degree in economics from Duke in 2012, then an MBA last year from Duke’s Fuqua School of Business.

As an undergraduate, Brody worked as a student manager on the varsity football team, a teaching assistant in the economics department, a senator in the Duke Student Government and president of the Alpha Epsilon fraternity. At Fuqua, Brody was elected co-president of the student body, at which time he set policies for student organizations and proactively addressed diversity-related challenges on campus.

Selected by the undergraduates as a young trustee, Walk will serve a three-year term, as an observer his first year, then as a trustee with voting privileges for the remainder of his term.

While at Duke, Walk studied history and human rights as a member of the Robertson Scholars Leadership Program. He also volunteered as coordinator, house course instructor and a board member of the Community Empowerment Fund, a nonprofit that helps struggling local residents gain income, secure housing, connect to community resources and build financial well-being.

Walk was involved in many areas of campus life including service as a member of the President’s Working Group on Community and Dialogue, People’s State of the University advocacy coalition, the Undergraduate Student Conduct Board, Black Men’s Union, Duke’s Low-Income First-Generation Pre-Orientation team and Freshman Class President.

He now works as a fellow at the Equal Justice Initiative, a nonprofit human rights legal organization in Montgomery, Alabama. 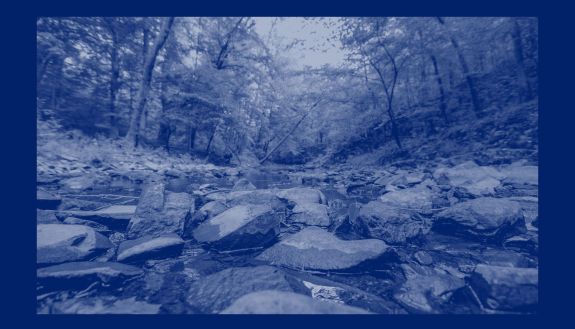