Two Duke University alumni are among the 68 recipients out of 4,426 applicants to receive this year’s Knight-Hennessy Scholarship.

The award provides full funding for the graduate program of a student’s choosing at Stanford University.

Andrew Leon Hanna and Ruby (Lillie) Reed -- both from the Class of 2014 at Duke’s Trinity College of Arts & Sciences -- are part of the second cohort to be awarded the Knight-Hennessy Scholarship at Stanford.

Hanna will enroll as an MBA student while Reed will attend medical school. 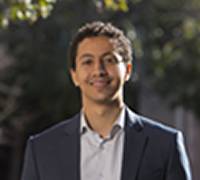 The scholarship arose out of a gift from Nike founder Phil Knight, who seeks to educate scholars “who can out-think, out-work, and out-care others.”

Hanna, from Jacksonville, Florida, is pursuing a master’s degree in business administration at Stanford Graduate School of Business. While at Duke, Hanna was a Robertson Scholar, a Chapel Scholar, president of
the senior class and recipient of the Terry Sanford Leadership Award.  He graduated with highest distinction in public policy.

A first-generation Egyptian-American, Hanna is the co-founder and CEO of DreamxAmerica, a social venture that combines filmmaking and impact investing to support immigrant entrepreneurs. His book proposal on refugee-entrepreneurs in camps and host cities, “25 Million Sparks,” was honored with the 2018 Financial Times Bracken Bower Prize for the best business book proposal by an author under 35.

Previously, Hanna directed Generation -- a global youth employment nonprofit founded by McKinsey & Co. -- in Florida and Texas and was a McKinsey consultant. He founded the national education initiative IGNITE Peer Mentoring, represented the United States as a State Department delegate to the UNESCO Youth Forum and as a representative to UN High Level Panel meetings.

Hanna is graduating this year from Harvard Law School, where he is a Harvard Defenders student attorney, editor of the Harvard Law Review, and recipient of the Oberman Prize for Law & Social Change. Hanna aspires to ensure that all vulnerable people and families, especially in the American South, are treated with equal dignity and provided meaningful socioeconomic opportunity. 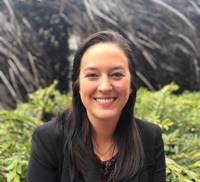 Reed aspires to secure access to high-quality, affordable and equitable health care for all by creating innovative health programs that empower local communities across the globe.

While at Duke, Reed worked as a gender-based violence counselor and assisted with violence prevention research and intervention on campus and within local Latino communities. She directed Project BUILD, a large community service and mentorship organization, created a cross-campus activist initiative between Duke and UNC Chapel Hill, and helped develop an online mental health counseling resource.

Reed also interned at Sangath, a mental health NGO in India, and at the Rales Health Center in Baltimore.

After graduating from Duke, Reed helped develop policies and curricula with the Pan-American Health Organization.  She was then awarded the Global Health Corps fellowship, during which she developed community health programs and created a nationwide communications strategy for Malawi’s largest non-governmental health care provider.

Working with the DREAMS Partnership in Zambia, Reed coordinated girls’ empowerment and HIV-prevention programs, and created a program promoting boys’ activism for girls’ empowerment. She has also worked on health disparities research at UNC-Chapel Hill, and on health projects in Ecuador, Liberia and Nicaragua.

Reed and Hanna are the second and third Knight-Hennessy scholars chosen from Duke.

A Few Words From the Parents of the Class of 2021