At some point this year, the Duke community will welcome a new member with a fun, quirky – and completely arbitrary – distinction.

If you have a connection to Duke, you’ve got a Duke Unique ID. It’s the seven-digit number on the back of every Duke ID card and the way each Duke student, employee, alumnus and affiliate are denoted in all of Duke’s internal information systems.

The identification system, which began in the late 1990s, has provided Unique ID numbers sequentially to nearly everyone who enters Duke’s orbit. And with more around 940,000 numbers already in use, odds are good that in 2019, someone will be issued the Unique ID number 1000000. 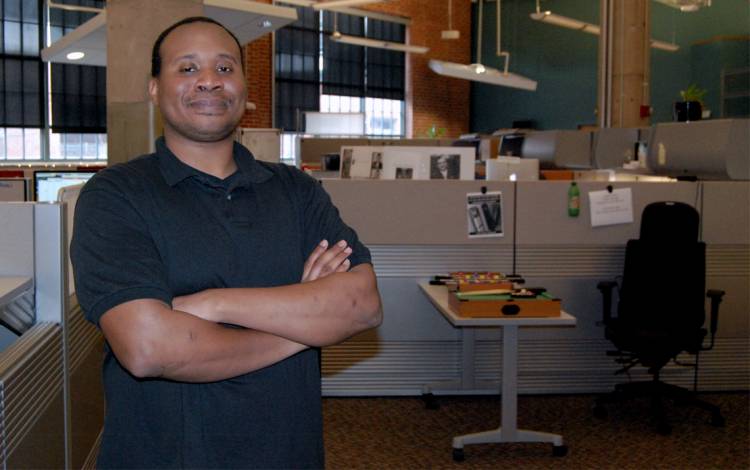 “Hopefully it’ll be someone who will be at Duke for a long time,” said Kirk Rouser, interim manager of the Identity Management group in Duke’s Office of Information Technology. “They’ll always be able to brag and show off their Duke ID card.”

The Unique ID milestone will be one of the few instances when attention is given to the often-overlooked system that’s crucial to how information flows through Duke. Simply put, the Unique ID is what links a person to the trove of information Duke needs to keep on them, something that’s not as simple as you might think.

Each person who passes through Duke in some way leaves a trail of data. For students, it includes things such as grades and financial records. For employees, it includes payroll and benefits information. Even a scholar at another institution who collaborates with someone at Duke will show up on the university’s systems tracing research materials or scholarly work.

All of these streams of information are kept online, often housed in different systems. But the Unique ID provides one identifier that spans all systems, connecting disparate pools of data to each person it relates to.

“It’s what we use to tie everyone’s data together into one place,” Rouser said.

Rob Carter, who began working for what became the Office of Information Technology in the 1980s and now serves as a consultant, recalls the early days of the Unique ID system.

It began with an immediate rush of tens of thousands of numbers going to employees, students and alumni.

“We generated IDs for everyone we could, including anyone who was a student as far back as the mid-80s and every former employee that we had data for,” Carter said.

Reorganizations of the system meant that, over the years, many of the earliest ID numbers were later duplicated and combined with later ones tied to the same people. So, nobody has a Unique ID of 0000001.

Carter estimates that, after the initial wave, the system spit out around 20 to 30 thousand Unique IDs annually for the first few years. However, the pace picked up dramatically a few years ago when a change in the protocol – which has since been reversed – meant that students applying to Duke received Unique IDs.

There were just shy of 100,000 Unique IDs issued in each of the last two years, meaning the total should zoom past one million this year. When that happens, there are no worries about any Y2K-style problems. Carter said the only point at which things could get tricky is when the Unique IDs hit one billion. That’s when Duke’s 10-digit identification numbering system for campus’ non-human entities – such as buildings, departments, machines, etc. – might lead to duplicate numbers.

“At the rate we’re going, I’m not too worried about it,” said Carter, who pointed out that it would likely be several centuries before such a situation occurred.

While the milestone will pass without drama, the one millionth Unique ID will still be a noteworthy event to those who work closely with the system.

Rouser recalls that, a few years ago, a colleague mused about what it would be like when the Unique IDs hit one million. There was some brief discussion about how such a benchmark should be celebrated.

But with the milestone so far away, the talk went nowhere.

“I may have to bring that back up,” Rouser said. “It’s going to happen sooner than we think.”

How to Set Your Away Message from Anywhere