A new Duke University study that tracked the effects of a long-term wellness program on clergy members offers some clues to help them improve their health. 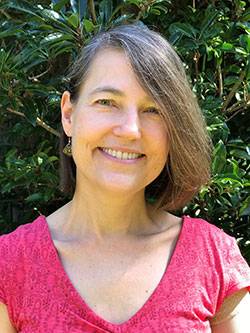 In the study, participants at least maintained their weight while their blood pressure and other markers improved; some obese participants saw significant weight loss.

But the findings come with a caveat: a comprehensive health program targeting clergy, while effective, comes at a cost that some churches may not be able to afford.

Dubbed the Spirited Life Intervention, the Duke study offered a program to North Carolina-based United Methodist clergy, a focus of its funder, The Duke Endowment. In the study, which began in 2010, clergy were tracked through a two-year holistic health and weight loss process with 18 months more of follow-up.  Nearly half the study’s participants were classified as obese at the start. After the first year, the group had lost, on average, just over five pounds. While many participants gained some or all of that weight back by the end of the study, additional health benefits like lower blood pressure remained steady. The heaviest pastors kept off an average of 13 pounds.

The results, based on analysis of 719 participants, were published December 13 in Translational Behavioral Medicine.

Rae Jean Proeschold-Bell, an associate research professor with Duke’s Global Health Institute and a principal investigator on the study, discussed the findings with Duke Today.

There’s a health disparity with clergy that people aren’t aware of. Parishioners generally don’t think about what their pastors’ personal life is like. Clergy are called and passionate about their work, but also experience substantial stress due to the emotional labor they provide. On four nights a week on average they’re out, visiting parishioners or at community meetings, and it’s easiest to grab fast food. Also, the potluck line at church events is often unhealthy, and food is offered at multiple meetings throughout the day. When you’re stressed or dealing with your feelings and concerns for others, food is very comforting.

Are clergy less likely to take care of their own health?

Pastors are so passionate and committed to what they do. They will put everyone else first. They would like to commit to themselves, too, in theory, but there’s research that shows that when something is sacred, humans will protect it at all costs. That’s definitely true for clergy.  When your work is sacred, it takes precedence.

“Pastors are so passionate and committed to what they do. They will put everyone else first.”
-- Rae Jean Proeschold-Bell

Your study suggests that longer-term weight loss programs like this – which stretched to two years and beyond – are more effective than shorter ones. Why?

I think the two-year length was really important.

The health coaches supported people in weight loss and other goals long enough for them to have real things in life happen – moving churches, having a loved one die, having a baby -- and still have support in place. This enabled them to first establish a healthy habit and then learn how to re-establish it after a disruption.

I also think it was important that we engaged the Methodist clergy as a community. They were with their peer pastors in our workshops, and they enjoyed coming together. They were able to influence each other. It’s like peer pressure, in a good way.

Can churches afford this sort of program?

A big obstacle to launching any preventive health program is the cost, which is rightfully going to be compared against the benefits of the program.  If that is a purely financial calculation, the program as we designed it has a steep climb.  It was a relatively expensive program, in part because it was personalized, but also because the holistic focus allowed participants to consider health broadly and to set their own goals.

The next thing to do is to find ways to bring those expenses down, and we think that’s possible. For example, we’ve now developed the program, so development costs are finished. Also, rather than hiring full-time health coaches like we did, it should be possible to subcontract with a health coaching organization.

Who would pay for this program?

I would imagine this program being paid for like most other corporate wellness programs.  In this case, the “corporation” would be denominational leadership, making decisions in conjunction with their benefits committees and insurance providers.  The program is a benefit and as such is an investment in one of the organizations greatest assets -- its people. Bishops and denomination officials greatly value their clergy, and we know that they are concerned about clergy health and rising health insurance costs.

In the middle of this study, you gave participants $500 and told them to spend it on something healthy. What sorts of things did people do with the money?

The majority of them bought gym memberships and exercise equipment, but others spent money on vacations and kayaking and boar hunting in Alabama, and on mattresses for better sleep. Some paid for therapy co-pays, doing things with kids and family, and buying exercise equipment – and then several clergy bought new clothes because they had lost so much weight.