For the past decade, Suzanne Shanahan has helped local refugees adjust to life in Durham through programs that help adults and children from some of the world’s most traumatic environments.

So it’s no surprise the director of the Kenan Institute for Ethics initially doubted the idea that art therapy can help them reduce stress and improve their well-being.

“The whole idea of art therapy sounded crazy and not at all like a priority for these families,” Shanahan said to herself when she first learned of the concept several years ago from the mother of a Duke student from Turkey. The mother, along with her son, had used art therapy to help local refugees there.

“How could people who have post-traumatic stress be helped by a week of art therapy?” she thought to herself. 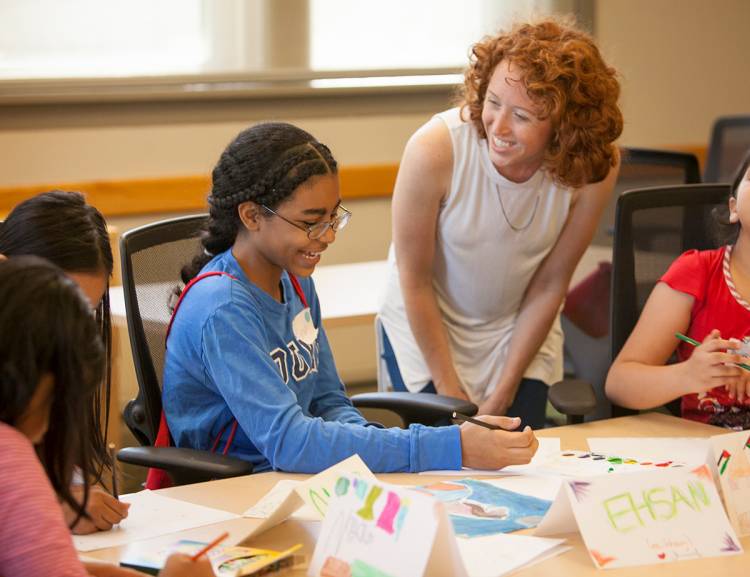 Suspect of the claims that painting, dance, sculpting or other art can counter some of the struggles refugees grapple with, Shanahan traveled to Turkey to see for herself. 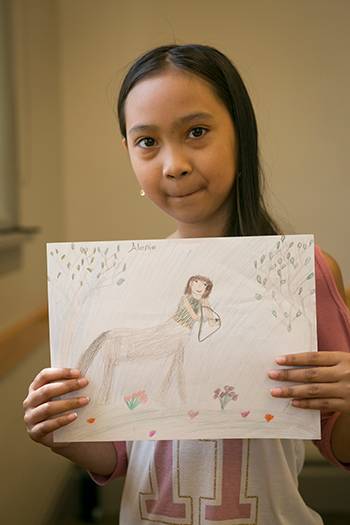 “I went and saw the impact and all their data and thought, ‘Wow.’” Shanahan said the evidence from week-long therapy camps showed participants experienced reduced stress, anxiety and overall improvements to their well-being.

Shanahan has since helped incorporate art therapy into programs at Duke that serve the local refugee community. Last spring an art therapy program helped refugee women learn how to handle and reduce stress, anxiety and other struggles.

This week Kenan hosted its first art therapy camp for youths ages 4-14 in collaboration with the Art Therapy Institute of North Carolina, whose therapists led the kids in many art activities. The children from countries including Afghanistan, Vietnam, Iraq, Sudan and Syria, painted, created super hero costumes, danced and had typical summer camp fun.

They also talked about their art with camp leaders and shared about which super powers they’d like to have, which can help connect them to their emotions, said Tra Tran, a graduate student in global health whose work with the camp is part of her thesis.

“The reason why (the camp) is effective is it provides a space for kids to express themselves and it also provides a way for them to learn to handle difficult tasks.”
-- Tra Tran

“The reason why (the camp) is effective is it provides a space for kids to express themselves and it also provides a way for them to learn to handle difficult tasks,” she said.

Azeez, a 5-year-old boy attending the camp,  loves pretending he’s the Marvel Comics character Thanos because of the character’s extreme strength. On Wednesday, he showed off his high-energy dance moves and said he also love to draw pictures of Batman.

“I like Thanos because he jumps super high!” he said before dancing his way to the line for lunch.

Tran, who is also a research graduate fellow at Kenan, said she has been working with some of the children for four years.

“One of the most important things to remember with refugee kids is yes they are children who love playing and having a good time, but they also have a lot life experiences that most of us don’t have.” Even so, Tran said, “that doesn’t mean they don’t have joy in their lives.” 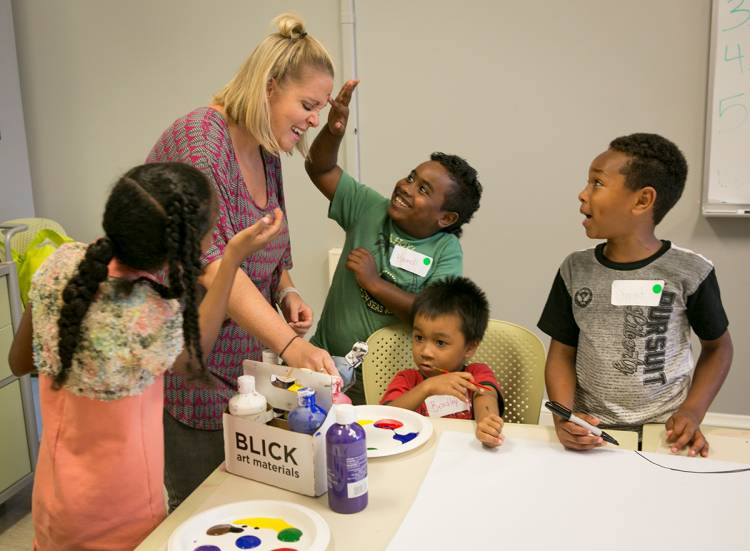