Since opening its doors 10 years ago, Duke University’s Center for the History of Political Economy has built an international reputation as a hub for the study of the history of economics.

Now, with the help of a new $5 million grant from the Charles Koch Foundation, the center hopes to expand upon that work by adding faculty, continuing its commitment to visiting students and scholars, and partnering with Duke’s Rubenstein Library to hire a digital librarian.

In 1969, the journal History of Political Economy was established at Duke, eventually becoming a leading journal in the field.

“Duke has long been strong in the history of economics,” Caldwell said. “We’re excited to build on the strength that already exists here and take it to the next level.”
-- Bruce Caldwell

Professors Goodwin, Weintraub and De Marchi have since retired, Caldwell said. The new grant will enable the center to recruit new faculty members to help fill that gap.

“Duke has long been strong in the history of economics,” Caldwell said. “We’re excited to build on the strength that already exists here and take it to the next level.”

The center has an active fellowship and workshop program, an annual summer institute, a lecture series and other programming, said Caldwell, a research professor of economics at Duke who has written extensively about economist and Nobel Laureate F. A. Hayek.

The center also partners with Rubenstein Library in managing the Economists’ Papers Archive, which includes the papers of such Nobel Prize-winning economists as Paul Samuelson, Douglass North and Vernon Smith.

“We’re excited to support Duke’s faculty as they continue to build on years of innovative work in the field of economic history,” said Charles Koch Foundation Vice President Ryan Stowers. “The center’s study allows others to learn from and build on the lesson of the past -- the way different economic theories have played out in different societies.”

Through its Summer in the Archives and Research Fellowship programs and other initiatives, the center brings visiting scholars from around the world to spend time in the archive. There they can study the intellectual formation of leading economists. For instance, the archive contains correspondence between noted economist Milton Friedman and co-author Anna Schwartz, who collaborated on a number of economics texts.

“You get to see their relationship as they worked on some important books,” Caldwell said.  “She was very critical of his ideas at times.”

Such letters are invaluable for historians as they piece together the way contemporary economic ideas evolved, added Caldwell, who authored the prize-winning biography, “Hayek’s Challenge,” and who edits the book series, “The Collected Works of F. A. Hayek.”

“It’s often the human stories that are quite interesting,” he said. “Reading correspondence between these thinkers gives you a more subtle account of the way 20th century economics turned out.”

These days, such correspondence rarely takes place on paper, Caldwell said. With that in mind, the center is collaborating with Rubenstein Library to hire a new digital librarian to capture the intellectual history of a new generation of thinkers.

“We’re really at a transition time between people having all paper files for correspondence, to some paper and mostly email, to now, when we’re suddenly in a place where everything is electronic.”

With its new investments in digital archives and new faculty, and an ongoing commitment to promoting scholarship in the history of economics through a range of programs, the center hopes to continue attracting visiting scholars from around the globe.

“People literally come here from around the planet,” Caldwell said.

The center, established with a grant from the John W. Pope Foundation, has received funding from a variety of sources, including the National Endowment for the Humanities and the Institute for New Economic Thinking. 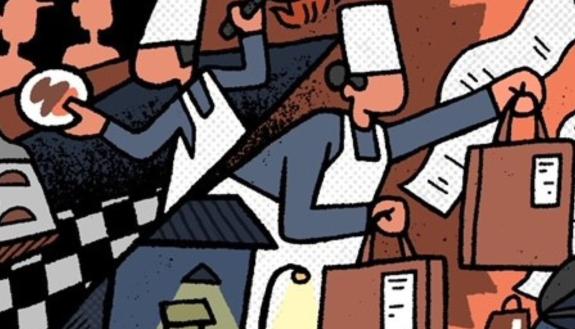 Read on Fuqua School of Business

Companies’ Pledges on Plastic Pollution Are Missing the Problem

Read on Fuqua School of Business