What he does at Duke: During a four-decade career working with some of the top law firms in North Carolina, Holton emphasized the need for everyone to have access to legal representation. He demonstrated that by taking plenty of pro bono cases and working closely with Legal Aid of North Carolina, which provides legal help to those who can’t pay.

When Holton took a full-time teaching position at Duke Law School in 2014, he wanted to help students augment their learning of the theories and principles of law with hands-on experience by putting together real cases.

So when Legal Aid of North Carolina saw substantial funding cuts due to decisions by the North Carolina General Assembly, Holton’s goals of equal access to justice and education converged in the formation of the Civil Justice Clinic at Duke Law.

“Here we have this beautiful law school filled with very bright students needing clinical education and hands-on experience -- this seemed like the perfect combination of ready and willing folks that could fill an urgent need,” Holton said.

Launched in 2014, the Civil Justice Clinic combines Holton’s experience with the enthusiasm of Duke law students to handle cases for economically disadvantaged clients in areas such as housing/evictions, consumer finance, and employment issues.

“We try to give the students a fairly comprehensive look at walking through a civil case,” Holton said. “You’ll use most of the same skills doing that small civil case as a litigator as you’d use in a $50 million contract dispute between two corporate giants.” 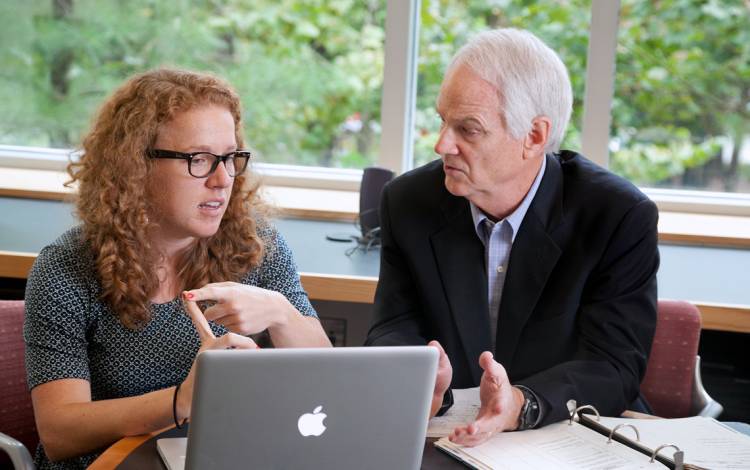 What he loves about Duke: Holton, 68, jokes that friends always tell him he should be retired and playing golf. But he said he’s too gratified by what he’s doing. That’s in large part because of the work the Civil Justice Clinic has been doing on one of Durham’s most pressing problems.

As real estate values rise across the city while minimum wages remain stagnant, low-income renters are getting squeezed out. Often this results in evictions.

Since 2016, the Civil Justice Clinic has explored ways to stem evictions in Durham. After more than a year of research, the clinic unveiled its Eviction Diversion Program last year. The program works with renters, landlords and local entities to find ways to keep tenants in their homes. The program has proven successful, avoiding eviction in 79 percent of the cases it takes. It’s also been able to expand thanks to additional funding from the City of Durham and Legal Aid of North Carolina.

“There are 900 new eviction cases filed in Durham every month,” Holton said. “With the staff that we and Legal Aid have, we’ve been able to see about 50. Now that’s something, but we want to do a lot more than that.”

Holton praises Duke Law School’s willingness to support the clinic, saying it underscores the leadership’s commitment toward making Duke a positive force in the community.

“This is such a great thing to be doing and a great way to spend one’s time,” Holton said.

Memorable days at work: Part of Holton’s job involves traveling with law students to courtrooms across the state where they will argue on behalf of a client. He said the rides back are often fun, hearing the student discus how much they learned from the experience.

“Sometimes we get a good result and everyone is ecstatic, but even with the ones where we lose, it’s still important and uplifting to help them feel the satisfaction of knowing they helped their client tell their story and have advocated for just treatment,” Holton said.

First ever job: Holton spent his childhood in Washington D.C., where his father was the chief of staff for House Speaker Sam Rayburn for more than two decades. As a teenager, his father’s connections helped Holton land the job of elevator operator in one of the congressional office buildings on Capitol Hill.

“The funny thing is they paid me a salary to run an automatic elevator,” Holton said. “People would walk in, I’d ask them what floor they were going to, and I’d punch the button and smile – that was it.”

Something most people don’t know about him: Holton met his wife Anita when they were teenagers at a church camp in the Virginia mountains. They found out that their birthdates were one day apart. They started dating steadily when they were 15 and went on to college together at Abilene Christian University in Texas, where they briefly parted ways

“We decided to take a break and it lasted two weeks,” Holton said. “We went on a couple of dates and that was it. We got back together, and we’ve been together ever since.”