When Duke alum Mark Younger visited the Duke Smart Home for its 10th anniversary celebration in April, he expected to see current and former student residents and a few faculty members.

But when the party also included people from the Faber Street neighborhood, kids from youth programs, and members of the Durham community, he knew his idea from more than a decade ago had grown into something bigger than he ever pictured.

“It was great to see how it’s evolved in ways I could have never predicted,” said Younger, a 2003 Duke graduate who works in business development for Apple. “To see that it is, in fact, still relevant to students, to the community and what it cares about, is really encouraging.”

Public tours are free and open to anyone interested in learning more about the Duke Smart Home Program. Tours are given on selected Saturday afternoons during the academic year. Private tours are generally given on weekday afternoons.

In the 10 years since the first batch of 10 students took up residence in the Home Depot Smart Home’s five dorm rooms, the facility and the program that surrounds it have lived up – and spread beyond – the vision of its founders.

Conceived as a living laboratory for students’ technology ideas, the house at 1402 Faber St. has grown into a hub of sustainability and innovation for both Duke students and the Durham community.

“It’s a cool thing,” said Younger, who stayed at Duke after he graduated to serve as the home’s first director. “These were angles we were thinking about trying to launch back then, creating these kinds of connections between Duke and Durham. They’re being realized now.”

The idea for the home began as an independent study topic Younger pursued while a student in the Pratt School of Engineering. Part showpiece, part living space, he envisioned as a place where current technological and sustainability advances could be exhibited while helping students dream up the next round of breakthroughs.

After nurturing the idea with former Pratt School of Engineering Dean Kristina Johnson, it quickly picked up steam. Younger’s concept got the blessing of then-Duke President Richard H. Brodhead, received funding and material support from donors and companies, and found a piece of Duke property near campus where it could become a reality. 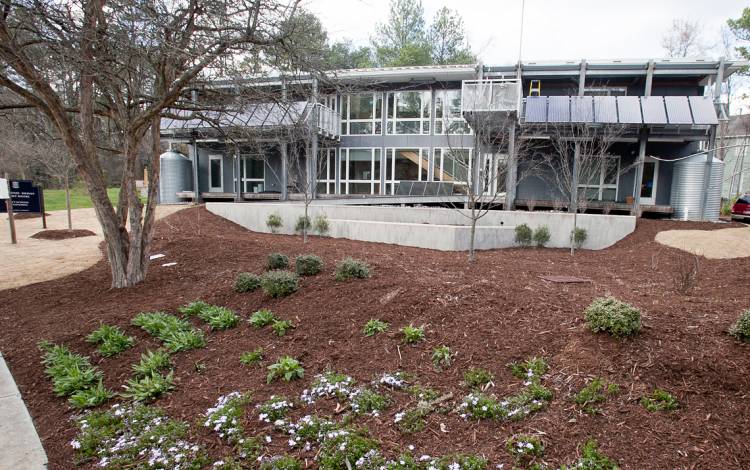 When it opened in the 2007-08 school year, the LEED Platinum 6,000-square foot Home Depot Smart Home was filled with cutting edge technology and sustainability features such as solar panels, a state-of-the-art media room and two labs.

“It’s really a house of surprises,” said Duke senior and former resident Emilia Chojkiewicz. “When I first toured it, I loved it.”

Not every original attention-grabbing features aged well. Some of the built-in technological features – such as an LCD screen on the refrigerator – haven’t proven as useful as once envisioned. Likewise, things such as the green roof and sophisticated home automation system ended up being more attractive in theory than in practice.

But other parts of the house design, such as its Energy Recovery Ventilator – which cuts down on heating energy use by warming air entering the HVAC system with exhaust – and the system that collects and filters rainwater for use in laundry and toilets, ended up being ahead of their time.

“It has quite an interesting mix of high-tech and low-tech things,” said John Board, associate professor of Electrical and Computer Engineering and one of the home’s faculty advisors. “Some features wouldn’t make sense for residential construction, but others would.”

Still, the home’s impact has extended well beyond the technology within its walls.

The Duke Smart Home Club, which is open to all students, offers grants, resources and guidance for design projects. From efficient and inexpensive shelters for refugee camps to wearable sensors to help monitor the strides of runners, the program has become an incubator for students’ worthy ideas.

And as sustainability has become a more prominent Duke value during the past decade, the house is a rallying point as residents often become active in environmental causes on campus and in the community. 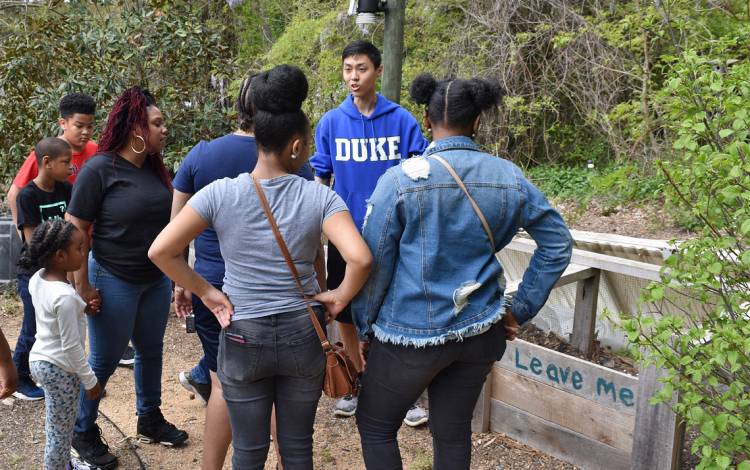 During the academic year, tours of the home’s green features draw interest from people inside and outside of Duke. The home shares its property with the Duke Community Garden, which allows students, faculty and staff to gain hands-on experience with environmentally-friendly growing methods.

“I think it really says a lot about how a diverse group of people with a common vision can take something and make it grow,” said Jim Gaston, Pratt School of Engineering’s assistant dean for Advising & Undergraduate Research. He’s been the program director for the home since 2008. “No one, not even Mark (Younger) or myself can really predict how it’s going to turn out. That’s really the fun of it, giving these smart, exceptional students the resources they need to take their ideas and make something happen.”

More than 5,800 to Receive Degrees at Duke Commencement Sunday