It's Day 1 of Roman Civilization, and Peter Burian is having technical difficulties.

The classics professor wants to show his new students a series of images of ancient Rome. But somewhere between home, a flash drive and the classroom, the digital slideshow vanished. This first day of class, Burian wryly tells the dozen Duke freshmen jammed into a narrow seminar room, may end early.

For Burian, this is the beginning of the end. He will retire from teaching at the end of this semester, closing out a 44-year career embedded in the scholarly humanities.

"As it approaches, I can see that it will be a big-ish deal for me," he concedes after class. "But I don't think about it much."

Burian, 68, is an old-fashioned creature of the humanities. He urges students to slow down, read carefully and think before they speak. Over time, he's had to preach those virtues more and more loudly.

"With the rise of computers and instant everything, I think people have less patience to dig into something and keep at it," he says. "Everything tells us speed is of the essence. I'd like us to think more and emphasize reflection and develop the resources of imagination."

In recent years, there has been plenty of talk about the future and fate of the humanities. Burian acknowledges that across American higher education, something is causing students to take fewer humanities courses than they once did.

One result is a change in how students view the humanities fields that underpin a liberal arts education. The humanities Burian grew to love as a Michigan undergrad in the 1960s were fairly well appreciated -- revered, even.

"That is no longer a view so widely shared," he notes. "I have to be more missionary about it now."

So Burian now makes stronger and more overt arguments for courses in ancient civilizations, drama and translation to convince students that topics from 2,000 years ago matter today. He pushes students to ask questions, to delve a little deeper, to ask why and how.

Early in his Roman civilizations course, students learn how Rome swiftly expanded from a small city to a massive empire. How can that happen?

"What does it mean to go beyond the basics of your own genetic stock, to organize so efficiently that you can do that?" he might ask them. "These are big questions that don't only have to do with Roman history. Cast that way, it becomes more relevant."

Back in class, Burian brushes off his technological adversity and tells his students they should expect to read a lot and participate in class.

"I'm not expecting you to memorize everything," he notes. "I want you to read it for the stories and get a sense of what the author thought was important."

Though Burian has spent all of his 44 years at Duke in its classical studies department, this is the first time he's taught Roman civilization -- aside from the study-abroad efforts he's occasionally led, shovels and chisels in hand, in Rome.

Burian's real expertise is Greek drama and translation, but Roman civilization still feels familiar. He urges students to interrupt him if he goes too fast.

"I've been fooling around with this stuff for longer than most of your parents have been alive," he says.

His laptop screen dark, Burian speaks without notes in the calm and measured voice of someone for whom the classroom is comfortable and familiar.

Why, he posits, should a student take this particular class?

Burian likens ancient Rome to the United States. Like the Romans, the Revolutionary-War era United States was a spirited nation bent on independence. And yet, once it became free, it looked back at its ancestors to draw inspiration.

Americans followed the European lead, much as Romans did the Greeks, he notes.

"We are now the hegemonic power and suffering from some of the same complaints that Romans at the height of their power suffered from," he says.

He asks every student to come to class with one question, comment or criticism from assigned readings. He'll use them to direct each day's discussion.

And he promises to show some movies that depict ancient Rome.

"A tip of the hat to the afterlife of Rome," he explains. "At least in Hollywood, it ain't dead yet."

The First and Only Job

Classics professor Peter Burian on the Robertson Bus, which runs between Duke and UNC-Chapel Hill. Burian lives in Carrboro and takes the bus to work. Photo by Eric Ferreri

Burian knew early in life he wanted a career in the classics. He grew up around academia, his father a doctor and researcher at the University of Iowa medical school. As a teenager, he lived in Rome for a year as part of an exchange program. He got the bug.

Burian was 25 when he arrived in Durham in 1968, so fresh out of Princeton's graduate school that he hadn't yet finished his dissertation.  A childhood struggle with asthma had kept him out of the Vietnam War, and a chance meeting with Larry Richardson, the Duke classics chair doing a visiting professorship at Princeton, led to a job offer.

Burian would teach at Duke for three years before finishing his dissertation on Greek drama.

By that time he was firmly ensconced in what would prove to be his only job. The classics department then was housed in the attic of Carr Hall on East Campus.

"It was not particularly handsome; in fact, it was kind of grungy," Burian says, recalling the department mascot, an alarmingly large, dead cockroach someone had taped to the wall, "as a sort of souvenir."

By the numbers, Burian has carved out an impressive career in academia. A popular teacher, he has authored or co-authored five books, edited or co-edited 11 more, and published more than 30 journal articles. He has taught more than 50 different courses.

He is also a veteran of Duke's Academic Council, which he has served for about two decades, including two years as chair.

Carla Antonaccio, the current chair of classics, deems Burian "The Happy Warrior," polite and gentlemanly and always in good humor. He sprinkles his courses with references to music, theater, art and culture. He often wears a necktie bearing the image of the Parthenon Frieze, the marble sculpture that rims the Greek edifice's interior.

"The Italians have what is called 'Bella Figura,' to play the part of looking good; classy," Antonaccio says. "That's Peter, Bella Figura, but totally genuine. Not a bit of falseness about him."

In class, Burian can be persuasive and thought provoking, in part because he rarely settles for simple questions and answers, says Barrett Robbins, a former student. Robbins, who received his master's degree in classical studies in the mid-1990s, recalls Burian often turning a student's questions around.

"He'll answer a question with a question," Robbins recalls. "It would spark a conversation. It makes for more work, but he does it properly, and he does it with a smile on his face."

Burian smiles, too, when grappling with technology. He acknowledges that his first-day-of-class struggle with the slideshow presentation is more rule than exception.

With retirement approaching, he's okay with a certain level of technological haplessness. This is a guy who still scours an actual campus directory for phone numbers -- a dog-eared 2008-09 edition he keeps in his desk.

"The computer hadn't been invented when I started in this business," he says.

'You Don't Ever Get Bored'

Under different circumstances, perhaps under the umbrella of a larger department, a retiring professor with Burian's credentials might coast into the next phase of life.

In classics, with a roster of about 10 faculty members, all hands are on deck, which is why Roman civilization is one of three classes Burian will teach in his final semester.

"We all pitch in and do what needs doing," he says, peering up over a stack of books in his cramped Allen Building office. "I like that in the classics department, you don't ever get bored."

He won't be bored in retirement, either. Though he's stepping away from his usual teaching duties, Burian allowed himself to be talked into a one-year role as interim dean of the humanities, filling in for current dean Srinivas Aravamudan, who will be on leave for a year starting in July. After that, he'll return to Rome for one more year, this time to direct the Intercollegiate Center for Classical Studies, a study abroad program administered by Duke that draws students from more than 100 universities.

"I have a lot of things I want to do -- intellectual projects, civic stuff," he says. "I just feel it's time to make this change." 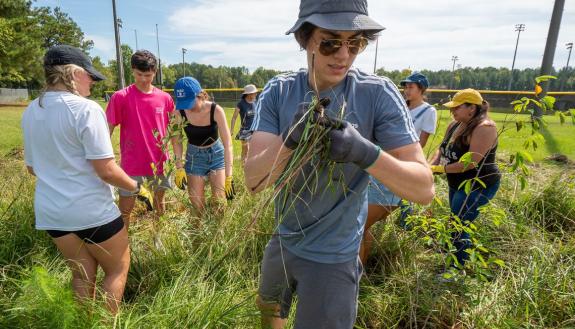 2022 in Review: The Student Experience 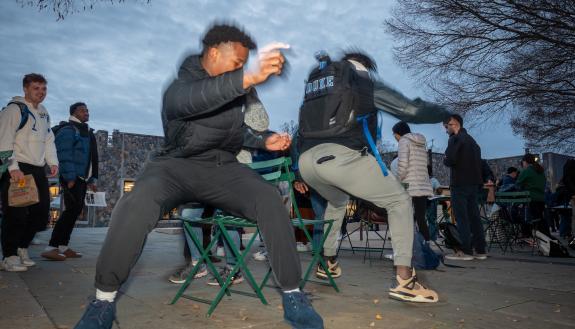 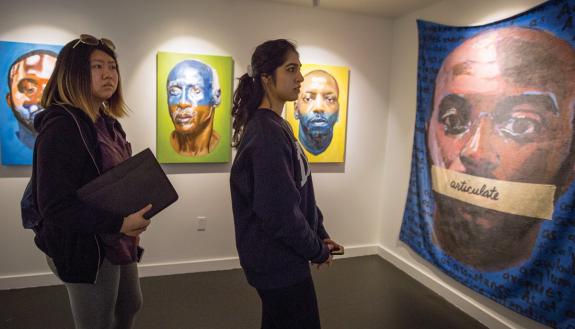